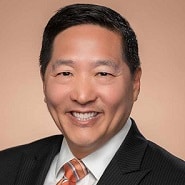 One of the most difficult aspects of being a CIO is in making sure teams recognize the affect their work has on patient care. What often happens, according to Ray Lowe, is that IT professionals “get lost behind the bits and bytes and don’t see the impact.” However, when they are able to see that technology can change peoples’ lives, “it’s really rewarding,” said Lowe during a recent interview with Kate Gamble, Managing Director at healthsystemCIO.

A perfect example is the work AltaMed Health Services is doing to improve health equity by leveraging social determinants of health data. It’s an area he believes is “ripe for opportunity” — and one in which his organization has an edge because of the partnerships they’ve established with community-based organizations.

In the interview, Lowe spoke about how AltaMed is incorporating SDoH data to provide individualized care — and why that’s so critical; the need for CIOs to incorporate three “I’s” into the role; and what he considers to be his ultimate objective. He also talks about AltaMed’s laser focus on social justice, and why it’s more important than ever for healthcare leaders to share knowledge.

Gamble:  Hi Ray, it’s nice to speak with you again. I want to start by talking about health inequity and the impact Covid has had. Inequities have been around for a while, but the pandemic seems to have intensified it.

Lowe:  When you talk about health inequity, social justice is at our core at AltaMed. We serve the Medicaid population and some of the lowest income parts of Los Angeles and Orange County. In terms of Covid, when you look at who’s not getting their vaccinations, it was Latino and African Americans. Because we’re so involved in the community and known in the community and we’re working closely with community-based organizations, we’re actually in a unique position to help turn and educate the central worker patient population and bring them in and set up vaccination clinics.  There was a lot of distrust around the vaccines in terms of what it can and cannot do, and what are the side effects.

Taking that further, coming out of the pandemic there was a program in the state of California called ‘Andale! ¿Qué esperas,’ which means, ‘let’s go. Don’t wait.’ AltaMed was selected to create the state campaign primarily focused on Latino and Spanish-speaking population encouraging them to get shots. And it’s been broadly used in the central parts of the state and other parts of the state as well.

Our impact has been local and statewide in leveraging the type of information and outreach that we have out there and linking us to other community organizations — whether they’re FQHCs, community clinics, etc — to provide further support for Covid.

Gamble:  What do you think it was about the campaign that helped break through or reach people?

Lowe:  I think being a community-based organization and being trusted in the community is so important because folks who are not natively English speakers, who do they trust? How do you create that trust? It’s that presence. I’ve spoken in the past about the social vulnerability index. You can do an overlay with zip codes. And it shows you where the most vulnerable populations are and where the social determinants exist, whether they are food insecurities, healthcare, education, or economics.

We did an overlay of Los Angeles and Orange County; ironically, that’s the patient population we serve. And so, through our government affairs and working with local governments, community-based organizations, and churches, we’re able to be a trusted source. And we worked to make vaccinations more available.

Gamble:  Right. Being immersed in the community has been critical. I would imagine that can be a challenge for other organizations that may have the resources, but don’t necessarily have that familiarity or trust among the community.

Lowe:  I agree. We’ve really moved from just providing access to being a value-based care organization in this last three-year journey of our digital transformation and outreach. If you think about it from a care perspective, two years ago we weren’t able to do video visits. That was a real burden for essential workers who traditionally may have had to take three buses to get to a clinic if they have a sick child. Now we can do it all virtually; it’s a great equalizer in terms of health equity. It’s also providing care and multiple new ways to access lower income populations. Telehealth is here to stay, and we’ve opened up opportunities for populations that weren’t able to receive it before.

Gamble:  When you have a decent-sized population of low-income patients, there are challenges with digital devices and things like Wi-Fi.

Lowe:  Right. There’s a lot of public policy. There are bills out there that are supposed to address the digital divide and ubiquity of broadband, etc. There’s a lot of legislation. There’s money coming in to help close it, but we have to see where those broadband bills end up and how they actually get instantiated to support the communities.

Gamble:  In terms of virtual health and its benefits, were you able to see results pretty quickly as far as fewer no-shows and things like that?

Lowe:  We’ve definitely seen it. Probably about 30 percent of our visits are still done through telehealth, and when you add that to our in-person visits, our access numbers have actually increased in terms of overall volume. We’re seeing almost 400,000 patients per year, and more than 1 million visits in total. It’s the combination of the two that allows you to get there.

Gamble:  And this is part of the overarching digital-first strategy you’ve talked about previously, correct?

Lowe:  It is. I think you have to look at it from an innovation perspective. I was part of a HIMSS conversation with Shez Partovi, Chief Innovation and Strategy Officer at Philips, who described three lifts to innovation. One is digital innovation — doing things faster, cheaper, and better, which many of us do organically. Number two are the things you want to do that are just out of your reach, like telehealth was for a while. A lot of what we’re talking about falls under level 2, but the real transformation comes at that third level, where you’re do things that you never thought possible. That’s really game changing.

When you look at RPM and telehealth — those types of activities are more at level 2. They can improve the overall quality of the patient and help provide patient-centric care. But when we talk about real transformation, I think there’s a very ripe opportunity in the SDoH space, because I don’t know that everybody understands it.

You mentioned that people are putting their toe in the water with SDoH. There’s a belief in many hospital systems that if we’re using software like Aunt Bertha or Unite Us and we’re checking some screening questions, that we’re doing the right thing around SDOH, and I think that’s a bit of a misnomer.

When you look at the social determinants of health, you have to factor in the individual needs in terms of the spectrum of services you’re trying to provide. Community-based organizations are operating at capacity and there still are needs not being met. A prime example is food banks; we can’t end hunger just with food banks alone. We know that’s true. And so, we look at the individual needs.

If you’re looking at chronic conditions and talking to somebody with end-stage renal disease, the clinical protocols are different than for someone with initial abnormal kidney. But they both have a disease tied to the kidney. If you put that in a different perspective and you look at it from a lens of SDoH with things like housing, how do we differentiate when we’re talking to a patient with an eviction versus one with an initial landlord-tenant dispute. That’s another spectrum when you’re looking at things from an SDoH perspective. How do you address that and how do we tie intelligence to that?

Gamble:  You mentioned there’s ripe opportunity in that space. What do you think can be done to move to that next level?

Lowe:  I’d like to provide some more context. I’m working closely with Dr. Rajan Sonik, who is the Director of Research at the AltaMed Health Equity Institute. We’re looking at social determinants as three concentric circles. The first part is community prevalence and importance, which is tied mostly to patient surveys. The second looks at the effect on healthcare from a quality ED and inpatient perspective. This is where we’re starting to link EHR and claims data with patient survey data and clinic stakeholder interviews. The third one is actionable. We’re tying Unite US and Aunt Bertha to interviews with clinic stakeholders, but we’re also getting a little bit further into what’s happening with legal aid and community partners.

I think we’re just getting started in terms of using Aunt Bertha and Unite Us. How do we take that further? How do we use data to understand and address patient needs and make it individual for them?

Gamble:  That’s such a big part of it. There’s a lot of coordination that has to happen, which has probably been a key barrier.

Lowe:  I agree. In the current model, you have a patient trying to make an appointment and there’s some basic data that’s collected and put into the EMR system. And that may bring up the customized SDoH screening tied to it. But I think where we get to the more individualized SDoH aspect is using machine learning and AI to identify the severity. If we can get a positive screening telling us if the patient is dealing with food insecurity or is behind on rent payments, we know what actions are needed to help the patient. That differentiation of severity is so important as you’re trying to address the patient’s needs in these areas.