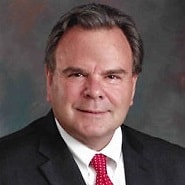 There’s been a lot of discussion about the transformation the CIO has undergone in recent years, and the skillsets that are needed to drive the industry forward. One attribute that’s often overlooked, however, is the ability to manage expectations, says Gary Light of Memorial Hospital and Health Care Center. He believes a core function of the CIO is in marrying “the reality of what we want to do versus what can be done.”

In this interview, Light discusses the essential role IT plays in translating business needs into technical solutions, the importance of engaging stakeholders like the CNO in planning a major migration, and how his team is working to stay ahead of cybersecurity threats. He also talks about the many value lessons he has learned through mentoring, and how he has benefited from a diverse career background.

As our needs evolved, and as we became more of a system treating patients across the continuum, we realized that a lack of integration was creating more and more of an issue.

From a technical standpoint, we were comfortable that any system was going to be able to do what we needed to, but more importantly for us was how the organization would respond to each of those systems. What were the potential challenges? What perceptions would have to overcome?

One of the things I often say is, I’m just the CIO. I don’t use the system. I’m not going to be the guy that logs in and has to take care of patients every day with it. And so I was a co-leader.

We all had our own perspectives and our own issues with what was good or bad. And we knew we were going to carry that baggage with us, so we thought it was important to get a somewhat impartial outside view.

Gamble:  Hi Gary, thank you so much for taking some time to speak with us.

Gamble:  To get things started, let’s get a little bit of background on Memorial Hospital and Health Care Center, in terms of bed size, which you have in the way of clinics, and where you’re located.

Light:  Memorial Hospital and Health Care Center is located in Southern Indiana; it’s really a rural community. We’re about two hours south of Indianapolis and two hours north of Nashville. We’re 150-bed hospital, but we have 33 clinics across eight counties, so we encompass a very large footprint for being a regional community hospital. We have 1,700 employees on our staff, and about 100 members on our medical staff. We’re about an hour away from all of the other hospitals in our region. We have a thriving oncology program, both medical and radiation oncology, as well as cardiology programs. Being separated from the other hospitals, we believe those services really serve an important need for the members of our communities.

Gamble:  Do you have any partnerships or collaborations with other hospitals?

Light:  The major one we have we’re just getting into now, which is a Family Medicine Residency Program in conjunction with Indiana University.

Light:  Yes. IU has residencies all over the state. In southern Indiana, they’re working with a collaborative to start different residencies — surgical, behavioral health, and in our case, family medicine. So we’re going to be the seat for this family medicine program. We actually just built a new clinic, and over the course of the program, we’ll ramp up to have 15 residents here.

Gamble:  In terms of the EHR environment, what system do you have in place in the hospital and clinics?

Light:  I would describe the whole information systems portfolio as diverse. We have Meditech for our inpatient record. We use Greenway across all of our clinics, and we use T-System in our emergency room. We have a couple of other niche systems as well, but those three comprise the core of our electronic records.

Meditech was adopted before I got here. I’ve been working at Memorial now for five years, and about 10 years ago the system selected Meditech and installed it. At the time, they had a great vision for an integrated record. But I think as needs progressed and as opportunities were identified in specific areas, some best-of-breed solutions were adopted, and that’s when T-System came into our emergency room. At the time, Meditech didn’t have a full ambulatory product, and so the organization decided to go down the Greenway route. Certainly as our needs evolved, and as we became more of a system treating patients across the continuum, we realized that a lack of integration was creating more and more of an issue.

Gamble:  Is moving to a single system something you’re looking at in the future?

Light:  As you look at the issue of integration and how you share data across systems and how you optimize the sharing of patient information and the interaction with the patient, the industry has seen some shifts, with best-in-breed, best-in-class, and different integration strategies like HL7 and now FHIR. And so as we looked at it, we felt we were too disparate and really needed to move to an integrated record. Given the difficulties of integration strategies, using a single product was going to be more effective and more timely, and so we started working on a strategy for identifying a long-term solution.

We recently completed the process — it went on for the better part of six months. Our approach with strategic challenges is to identify 90-day teams. The idea is to create a team that’s very focused on a particular issue, has some agility with how to address it, and brings together people to represent the various areas and various stakeholders in that process. And this isn’t limited to IT; it’s organization-wide. We usually have between five and eight 90-day teams in any quarter. That’s how we’re approaching the whole electronic health record decision.

Gamble:  And you said the team included representatives from different areas?

Light:  It did. Normally a 90-day team is a fairly focused group, because when you’re talking about being agile, the more people you get, the more challenges that arise. In our case, we chose a group that was a little larger than normal, so we had 20 to 25 members participating at any given time. Again, normally it’s about eight or so. The reason for this is we wanted to make sure we were representing a cross-section of those areas that needed to be involved in the decision — physician leadership, frontline staff, and departmental leadership, not only in the clinical areas, but in revenue cycle as well.

Gamble:  Right. And of course, every project is important, but since this was going to be such a core part of the system, I’m sure it was really important to get those different voices.

Light:  It was, for multiple reasons. From a CIO perspective, when I look at the major players in the market today, you have some systems that have more strengths than others, but as far as being capable electronic health records, the market is pretty good. It’s done a good job vetting out those that are less capable.

From a technical standpoint, we were comfortable that any system was going to be able to do what we needed to, but more importantly for us was how the organization would respond to each of those systems. What were the potential challenges? What perceptions would have to overcome? Including those people serves the purpose of, let’s make sure that we understand how a particular solution would meet a certain specialty need, and also what type of buy-in we could generate in acceptance of a solution. And so, when we chose the team and as we worked through the entire process, a lot of it was about building buy-in and excitement for the process.

Gamble:  That’s really important. What role did you play in this?

Light:  One of the things I often say to the group is, I’m just the CIO. I don’t use the system. I’m not going to be the guy that logs in and has to take care of patients every day with it. And so I was a co-leader.

What I really liked about this particular process was the chief nursing officer was the other co-leader. We recognized that the importance of shared information systems in nursing and patient care, and the overall approach to it. My role was facilitator to help guide the group as far as reasonable expectations, to help them ask the right questions, and to pull all of the pieces together. In a large way, it’s being a liaison with the vendors and someone who can provide an expert opinion. Ultimately, when it came reviewing functionality and how the workflow would apply to each area, we had the members of the committee who served that purpose.

Gamble:  You brought up a really interesting point about expectations. I imagine that’s really important. Were you referring to the time it takes for implementation, or what to expect when migrating to a different EHR, or just in general?

Light:  I think it’s all aspects. As we looked at setting expectations, the first thing was to understand what our current state was. If you don’t know where you are, you won’t really know what to expect with a new system, just that it might be better.

So that was the first thing. We knew we had our own baggage, if you will. We all had our own perspectives and our own issues with what was good or bad. And we knew we were going to carry that baggage with us, so we thought it was important to get a somewhat impartial outside view. We engaged an industry expert to come in and do interviews across our organization with the various stakeholders — front-line staff, physicians, etc. — so we could identify the current state and create a gap analysis between what we believe our needs are, and what we had in place. That was the first step.

As we entered the process and talked with different vendors and evaluated different solutions, it was understanding how we can close that gap. As a CIO, the role I played was helping people appreciate that you might not be able to get all the way there. We had a great team who understood this and said, we have to make decisions that are in the best interest of everybody. We represent our own areas, and we have functionality that we need, but we understand we might not get 100 percent of what we need, because other people have to get what they need too. In terms of our vision, the 80-20 role is a little bit cliché, but if we get 80 percent of the way there, we were doing pretty well. That was key.

Your other comment was about expectations around what it would take to get us to a live date; we spent a lot of time talking about that. A lot of people were here when Meditech was implemented 10 years ago, and we went through the Meaningful Use journey and with CPOE and physician documentation, which were major efforts. People understood the amount of time it took and energy as far as building, designing, and testing. And so a lot of people that are part of this team had that experience of going through it before, so they had a healthy perspective of what it was going to take to do a new implementation.