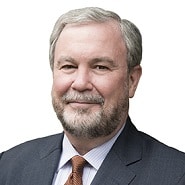 During the past few months, a number of highly-respected CIOs have stepped into CDO (chief digital officer) roles, leading some to wonder about the implications for both positions. Do health systems need both titles? What is the reporting structure?

Those are just some of the questions.

And, as is often the case, it depends on the organization and the individual, according to Mark Hulse, who recently stepped into the CDO role at City of Hope. “If you’ve seen one CDO, you’ve seen one CDO.” At City of Hope, a comprehensive cancer center based in California, the primary objective in creating the CDO position was to bring IT, research informatics, and enterprise business intelligence “under one digital vertical.” And in doing so, help drive the organization’s groundbreaking oncology learning platform forward.

Recently, Hulse spoke with Kate Gamble, managing editor at healthsystemCIO.com, about the work his team is doing to drive transformation and leverage analytics to provide decision support and develop predictive models; the measures they’re taking to keep vulnerable patients safe during the pandemic; and how he hopes to keep the virtual health momentum going.

Gamble:  One of the things we definitely wanted to touch on was with everything that has happened the past year and half, especially during the height of COVID, there was hesitancy for patients to seek care. What were some of the strategies City of Hope used to ensure patients received care?

Hulse:  We were very focused on getting testing rolled out on campus as quickly as possible for patients and visitors. We established screening at each of the main entrances, and closed down others so that patients, staff, and visitors had to move through and be monitored. This was really early on, before it was a major requirement in many places. Then we offered testing, and once we had vaccines that were at least approved for emergency use, we established sites on campus where staff and patients could readily get vaccinated. Those were the major pieces.

Many of our patients are immunosuppressed, and are very susceptible not only to Covid, but any other type of infection. So we established a separate Covid unit. Fortunately, while we did have a small number of Covid patients at any given time, we weren’t overwhelmed. A lot of that is because we are a dedicated cancer center, and so, although we have an urgent care facility for our own patients, we don’t have an emergency room. That worked well for our inpatients, because it meant we weren’t admitting a lot of patients who had Covid.

In terms of the staff, our CIO, Patrick Anderson, and his team moved very quickly to outfit folks in their homes so that our 7,000-plus workers would have the ability to work successfully at home. That went extremely well; they moved very fast. Obviously, our clinicians remained on site, as well as those who support them directly. But for the most part, our staff has been able to continue to successfully work remotely.

Gamble:  It’s really astonishing what these teams were able to do in such a short period of time. Digital transformation really took some leaps forward, to put it mildly. What are your thoughts around that?

Hulse:  Exactly. Everybody had to fast-forward with telehealth, and many organizations continue to do so. That was an important piece for us as well; if we could establish a telehealth visit, that worked best for everybody. And it’s been very successful. Of course, like everybody else, we had to go through a crash-course induction of telehealth. We were moving in that direction, but to your point, we had to move a lot faster.

And there were some technical pieces we had to work out. It’s still a challenge with patients who may not have been doing any video conferencing on their own on a regular basis, to walk them through that and get them set up with telehealth. But for the most part, we’ve been able to do that very successfully.

If I was going to put a circle on one thing, I’d say that’s probably where we had to move the fastest and really make sure we’re up and running. We continue to advance and make improvements in that area. I think the challenge is going to be whether decision makers at the national level and state level continue to look at these visits as reimbursable, outside of a second-opinion type of scenario. If would be unfortunate if the reimbursement gets removed or so diluted that it doesn’t become worthwhile. If that happens, you’re taking something that’s proven to be extremely effective and having to unwind that, at least to the level at which healthcare organizations are able to offer that now.

Gamble:  It’s really fascinating. So now, you have held the CIO role in the past. It seems like there are some similarities between the CIO and CDO roles, but what would you say is the biggest difference?

Hulse:  As I’ve talked with some of my CDO colleagues across the country, I suspect it’s like the old saying: if you’ve seen one CDO, you’ve seen one CDO. While the roles are collectively focused on digital transformation of their organizations, how that’s actually being implemented, and what you’re focusing on, seem to be very different across organizations, along with how it is structured.

City of Hope did not have a CDO role before I started. In fact, when I spoke with our CEO, we crafted that together, which was great for me to be able craft my job description. We had IT and we had research informatics, which while primarily dealing with data, was also developing a lot of their own applications to support the research side of the organization. We had an enterprise business intelligence, which is a decision support unit. And so, organizationally, we were looking at bringing all of that under one digital vertical. So that was one piece.

The CIO, the senior vice president for research informatics, the vice president for enterprise business intelligence, and our executive director for applied AI all report up directly to me. We work on our initiatives and projects as an entire vertical dedicated to this.

With our oncology learning platform, for example, it was coming up with a conceptual framework of what that would look like and how it would support both the clinical and research side of the organization. But you can see how it would take IT, research informatics, and applied AI to be able to bring all of that together to deliver on the platform.

Bringing it all together

There are CIOs at other organizations who have responsibility for doing that type of work, and that can make sense. For City of Hope, it made sense to have a very senior leader over IT because of the size and the complexity of the organization. But to be able to move forward on some of these other digital initiatives, we needed to sort of bring all of these different areas together.

And so, at City of Hope, that was a big part of it — driving digital transformation, and thinking about how you begin to transform folks from thinking about the world in a more traditional or transactional way, to now adopting more of a digital and systems type of thinking. That has also been a part of the journey, and has driven what I’ve tried to work on and lead within the organization.

Gamble:  It does seem like a transition that makes a lot of sense.  But, depending on a lot of factors, do you feel that you could see more CIOs seeking these types of roles or does it just depend on the person, the organization?

Hulse:  I think it does depend on the person and the organization. To me, at the end of the day, you have individual CIOs who are very visionary and very innovative and continuously wanting to push the envelope. If you have an organization where the desperate need is to build up some of the foundation and get rid of the technical debt, then that may not be a good fit for that very visionary CIO — unless they have a strong team.

On the other hand, if you have a CIO who’s fantastic at not just keeping the lights on, but is really thinking about how to take things that have proven to work in other industries — like robotic process automation, for example — and implement that within the more traditional healthcare delivery organization piece, then that type of CIO is going to be very well-suited to that. But if it’s an organization that wants to lead more of a digital culture within the organization, they’ll struggle. So I think it’s a fit issue of where the organization is and where it needs to go, driven by the CEO and the board, versus the style and approach and philosophy that the CIO has.

There’s a debate, and I’ve experienced it myself (not at City of Hope, but other organizations), that when they introduce the CDO, the CIO leaves, because they’re thinking, ‘That’s me. That’s what I should be doing.’ But the fact of the matter is that it comes down to fit in terms of where the organization’s executive leadership believes it needs to go versus, where that CIO is taking them. In that case, the CDO role can make sense, or it can be more of a visionary and perhaps culture-oriented CIO. I don’t think there’s a clear dividing line between the two.

Gamble:  There really isn’t a set job description for either role. But it seems like in your case, you found the right situation with what City of Hope is doing.

Hulse:  Right. To be honest, if I didn’t have the CIO I have in Patrick, I wouldn’t be able to do those things, simply because my leadership team, between Patrick and our informatics group, etc., works extremely well together. One of the things I emphasize with them is, ‘Look, you all have your own departments. Some are more sizeable and some are smaller. But you all have your own departments. And at the end of the day, this leadership team is team one. We lead together. We’re not leading to compete with each other. We’re not leading so that we’re disconnected with each other.’ And in some ways that back to that oncology learning platform, while I believe it has had a big impact with the organization, it’s also had an impact just in terms of the way the vertical has come together. It’s been a bit of a unifying concept, if you will. Because it really is very inclusive of everything we’re doing. So if a group is starting to go off the rails a little bit, because people start to pursue things that are of interest to a particular stakeholder group, we can continue to come back to this and say, how does it fit with what we’ve agreed we’re looking to build upon and achieve?

Gamble:  That’s so important. Well, I could certainly talk with you more, but I should let you go. Thank you so much. It’s been great to hear about what you’re doing and catch up.