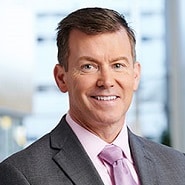 When most people hear the name Peter Pronovost, they think about checklists, and for good reason. Nearly two decades ago, Dr. Pronovost developed a set of steps to eliminate infections from catheter lines, an innovation that helped save thousands of lives while also transforming the delivery of care. Now, he’s leverage that same approach to improve value.

And although Pronovost still believes checklists are an essential tool in providing quality patient care, what’s just as important — particularly as healthcare shifts to a value-based model — is changing the narrative. Recently, he spoke with healthsystemCIO about the three-part strategy he’s using to drive a new narrative at University Hospitals, where he has served as Chief Clinical Transformation Officer since 2018. He also talked about the data model they’re using to develop a more holistic view of the patient, how his team has leveraged technology to care for patients during the pandemic, why value means much more than just cutting costs, and the three characteristics that are necessary for successfully driving change.

Gamble:  A lot of people know you for the work you’ve done with patient safety and leveraging checklists to reduce catheter bloodstream infections.

Pronovost:  Yes.  It’s funny you say that, because I envision the work that I’m doing now as phase two. We used checklists to reduce individual harms like catheter infections to a great deal of success. And actually, I would call it checklists with a management system, because it wasn’t just a checklist.

Now, And now we’re broadening that lens to eliminate defects in value across the continuum of care and a similar approach that we did before is we try to define these defects — such as not complying with the checklist, make them visible and then change the health system to make sure we reduce or eliminate them.

That approach, as you read in the article, was pretty wildly successful. We saw about a 9 percent reduction in Medicare spend from year to year with very clear reductions in defects, such as more than people going home rather than to skilled nursing facilities, and lower readmissions. It’s quite hopeful that this approach, just like it worked for central line-associated bloodstream infections (CLABSI), is a very valid approach to work for improving value in healthcare.

Gamble:  What made you so interested in improving value? Was it was a particular incident or it was just seeing where things were headed in healthcare?

Pronovost:  It was more about where things are headed, but there were a few instances. There was one event where there was a woman, who was an elderly black woman who was admitted with heart failure like 13 times or 14 times and went to the ED 13 times and every one of those readmissions under the old way of being paid for value counted in the win column. The hospital looked as if its beds were full.  And every time she showed up, she got great transactional care, the part worked like it was supposed to. The ED did their job, the hospital, doctors did their job, the cardiologist did their job, but that wasn’t good enough because we don’t need reactive and transactional care, we need proactive and relational care.

Because what we missed that so many of her readmissions were driven by her undiagnosed anxiety. When she became short of breath, she got anxious and she came back in. She had missed appointments because her daughter had died of a substance overdose and she was caring for her disabled granddaughter. She didn’t have respite care to leave her and she didn’t have transportation, and so she missed appointments. It ended up costing like $1.4 million; now she’s dealing with bankruptcy. Healthcare expenditures are the number one reason for personal bankruptcy.

Fast forward now to the system we built of another patient who is the same age and has heart failure, but wasn’t admitted at all, because we built a machine learning algorithm that sends a trigger. If she went three months without seeing her doctor, we automatically reached out to her and her primary care doctor to get her into care. When she received care, she was cared for by an advanced primary care practice that has a social worker who diagnosed and treated her anxiety. She had a pharmacist to adjust her medicines, and a nurse to help manage her heart failure. Rather than costing $1.4 million, her care cost around $6,500 and she experienced much less suffering.

And so yes, the checklists for quality are really important, but we also have to focus on every component of value, meaning quality of care, the experience patients have, and the cost of care. What’s novel about our view of cost is that too often, we look at the cost of the parts, but what the people who pay healthcare bills — which is any payer — look at, and what you and I look at, is what’s our annual healthcare expenditure? What’s the healthcare budget going to be?

And so we started looking at our annual expenditure and how we can actually bend that curve. Because once you start thinking about annual cost, you automatically have to think about care across the continuum, and care being relational — not just, is this one drug more expensive than another drug, but substituting a less effective drug for a more effective one. It’s neat because these pieces came together with what we learned from using checklists for infections. If you couple that with a management system, that can really drive improvements, and from there you expand the lens to include value and care across the whole continuum.

Gamble:  So really what’s at the core of this is the idea that we need a different narrative for defining success that gets away from fee-for-service.

Pronovost:  Yes. Let’s talk about that for a second. One of the papers we published about infection work looked at the first pilot we did, and why it worked. We demonstrated that although the checklist is important, the main driver of getting to zero was getting clinicians to tell a new story. They used to say, ‘these infections are inevitable and I’m just a nurse or whatever role they had, and so they didn’t make any improvements. When they change the narrative, they said, ‘These infections are preventable, and I’m capable of doing something about it.’ They figured it out. They got to zero, and they didn’t need someone to give them a checklist. They were smart enough to make their own checklist, and use it.

But if you didn’t change that narrative, it wouldn’t have happened. That’s why we made a checklist; we made these defects in value explicit and called them out. Because with that, we can now say that we need a new narrative in which these defects are preventable. And indeed, we’ve been working through our organization to really change three new narratives or an overriding narrative is that success is keeping people healthy at home rather than healing in hospital.

Too often, people think if your hospitals are full, you’re doing a good job. But most of the people don’t need to be there, and so that’s not helping your communities at all. The narrative we’ve been driving is, stop believing that defects are inevitable, and start believing they’re preventable.

Gamble:  Right. When you’re talking about redesign, that’s where frameworks come in, but I imagine there’s also an element of making sure you’re driving change the right way. Can you talk more about that?

Pronovost:  Sure. We identified some of these defects in value like going to a skilled nursing facility rather than going home, and we used it as a framework for our management system: declare your goals, roles and responsibilities.

Our goal was to have 80 percent of people going home to rather than go into a skilled nursing facility. The role there is the care transitional leaders, which are the main people who drive it.

The second is to create an enabling infrastructure. Do we happen to have feedback or have we defined measures of that, such as what percent are going home? And do the staff actually get feedback on that? Have we defined the key behaviors of what we’re trying to change in standardizing this?

For example, when we first looked at who decided where people go, what we found is that it was almost always the physical therapist who just used their hunch. There was no standard assessment tool. There was some factors around physical therapy, some factors involving the patient’s mental status — for example, if they had dementia, or, if the service they need is home care, whether they were capable of doing that.

But none of that was standardized. And if you can believe this, in the vast majority of the cases where somebody said, home care isn’t capable of doing that,’ home care was never at the table as part of that discussion for whatever reason. Historically, they were outside the hospital. People were making statements about what home care was capable of without them even being there. We provide ICU-level care at home now, so they can do virtually anything.

And so we changed and standardized the process so that instead of physical therapy deciding where the patient goes, now it looks at how much physical therapy the patient needs, and whether that can be delivered in the home, which most often it can. We had a standard way of looking at mental status, because many people who came in with dementia would be sent to SNF because they have dementia, but they had been living at home.

The third priority was to make sure homecare is at the table, and change the narrative so that the default is homecare, because home is where most people should go. If you want to send them anywhere else, you need an explicit reason to justify it.

In any case, being home is better than going to a skilled nursing facility, because you’re in your own house. There are fewer complications. It’s much cheaper. But with COVID, it’s literally a matter of life and death.