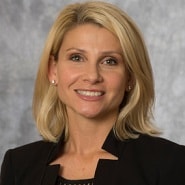 Across the country, health systems seem to be getting bigger — not just in terms of size, but also the services being offered. As already large footprints expand, however, what does that mean for small hospitals that have served as anchors for decades (if not longer) for those in their communities?

Some believe they may become irrelevant; or worse, extinct. Renee Fosberg is not one of those people.

In fact, she believes that most of the care individuals receive in their lifetime can happen at the community level. This has proven to be true over and over again throughout the COVID-19 pandemic. “We are seeing a big shift,” Fosberg said, particularly as organizations like Emerson Hospital — where she serves as CIO — expand their service lines. In addition to its 179-bed acute care facility, the Concord, Mass.-based health system provides care at its six health centers and two urgent care facilities spread across 25 towns west of Boston.

“We are focusing even more now on the outpatient space,” noted Fosberg. “It’s part of our vision to provide high-quality care to the community and do meaningful work, while also remaining viable.”

Recently, she spoke with healthsystemCIO about what Emerson is doing to realize that vision — including plans to eventually move to an integrated platform; how Covid has affected their strategy; and the path that led her to the CIO role.

Like many community hospitals, Emerson is still running multiple systems, with Meditech Magic as the core hospital information system, and best-of-breed products in place in the emergency and perioperative departments.

On the ambulatory side, a longitudinal medical record has been in place for quite some time. Both the employed and independent physicians that make up Emerson’s PHO are using Athena Flow (formerly Centricity), which “has helped with care coordination between primary and care and specialists,” Fosberg added. “But we are looking. We want to definitely bridge that gap and have one integrated platform.”

Like many organizations, however, Emerson had to put those plans on hold last spring, and turn its focus toward telehealth. “We went from zero to 60 in a matter of weeks,” she said. “There was a huge effort to make sure our ambulatory providers had the software they needed, and ensure the right workflows were in place to they could work efficiently.”

In the hospital, her team rolled out iPads to enable specialists to more easily communicate and consult with patients. One of the most successful use cases for iPads was palliative care, which was critical considering Emerson doesn’t have a dedicated palliative care department. By leveraging iPads, physicians were able to involve family members, who were not able to physically be in the hospital due to COVID visitor policies, in consults as well — something that was “very well received,” especially during the height of Covid.

What made this possible, according to Fosberg, was the IT team’s ability to push the limits when it comes to how data is viewed, delivered, and shared. The team created Covid dashboards to ensure clinicians had the information they needed at the point of care, and share trends and other key data with leadership teams and staff. “There has been a lot of active engagement in terms of how we are delivering and visualizing data,” she noted. “There are good things that will continue to come from this.”

One of those is telehealth, which provides a level of convenience that has been a game changer, especially with surgical follow-ups, consults, and mental health services. As long as reimbursement rates remain competitive, Fosberg believes virtual care will continue to boost patient satisfaction, and help drive the organization toward a digital front door model — one of her key aspirations as CIO.

“That is near and dear to my heart, because by enabling that, you are reducing the paper touch points that create inefficient processes,” she said. “Because we use legacy systems, we have been somewhat hindered by that, but we are looking at tools that can help change that.”

To that end, Emerson is implementing self-scheduling and registration through its patient portal, which has been instrumental in supporting Covid-19 testing efforts. In that regard, the pandemic is forcing organizations to become more efficient, while also more effectively meeting consumer expectations.

That ability to pivot when unforeseen events occur and be able to quickly work through problems is one of the benefits of a community hospital. “There is not a lot of bureaucracy. We work hard, and we get things done,” said Fosberg. “I am very fortunate to be part of this organization.”

Although she stepped into the Vice President and CIO role in October 2019, Fosberg has been with Emerson since 2006, starting out as director of outpatient applications. Over the years, she was able to rise through the ranks and gain valuable experience, but it took a little encouragement from the CFO who she worked for at the time, along with the support of Emerson’s CEO, Christine Schuster, to help Fosberg realize her potential.

“It was not always part of my aspiration to be a CIO,” she recalled. “It was our CFO at the time, who said, ‘I think you have what it takes,’ and that little nudge that got me thinking. I am appreciative of that conversation.”

Fosberg is also grateful that the organization is willing to promote from within, and hopes to be able to pay it forward. “If someone has the aptitude, the work ethic, and the right attitude, I want to make sure there is a path for that individual to advance.”

As healthcare continues to evolve, that path is becoming more complex, and the requirements for those who lead it are rapidly transforming. “As we do more digitally, everything becomes dependent on delivering a highly reliable information system,” she noted. One of the keys to that is building and maintaining strong relationships. “The CIO role is very different than it was years ago. It is about being at the table and collaborating with people. If you can do that, you’ll be successful.”