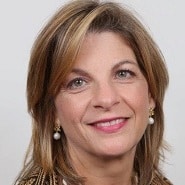 It’s not about getting things done quickly; it’s about getting things done right. Doesn’t exactly sound like the type of statement one might expect from a leader in healthcare IT, one of the most rapidly changing industries in the world. And it certainly isn’t what one would expect from a CIO based in New York City, where everything seems to happen at the speed of light.

But for Jamie Nelson, who has amassed decades of experience leading successful IT teams, it’s never been about speed. Especially during the eight years she has spent with HSS, which has been ranked number 1 in orthopedics for 10 straight years, according to US News & World Report. Recently, she spoke with healthsystemCIO about the “slow, deliberate approach” her team has employed (and will continue to employ going forward) in adopting technology, and how they’re working to ensure a consistent experience as the organization expands. Nelson also talks about what it means to be a “pilot organization,” what HSS is doing to help curb opioid abuse, and why she believes promoting more diversity should be a priority for everyone — not just women.

We’ve always had a one service at a time, one floor at a time approach. We’ve always done things in small chunks — making sure it’s right, then moving forward. And so we’ve have to shift a lot of mindset more toward that agile framework in terms of rolling out new technologies as well.

We’re very proud of the results we’ve seen so far by making the EMR something that’s a value to our clinicians versus something they have to use. We’re helping them to change prescribing patterns using our tools, which I think is a major win.

It shouldn’t just be women CIOs helping women. It’s not a woman’s issue; it’s an organizational issue, because when you have diversity across teams and boards, you get better outcomes. We need to look at this as an issue that organizations solve, not women.

It’s about understanding the organizational dynamic and being curious about technology and the application of technology to solve problems. You don’t have to have a strong technology educational background, but you do have to understand it and love it and be passionate about it.

Gamble:  I imagine the transformation piece can really be a challenge for CIOs, no matter what the initiative might be.

Nelson:  Yes. We’re implementing Epic’s MyChart Bedside; we piloted it a few weeks ago. It’s a tablet that lets patients see who their caregivers are, when their physical therapy appointments are, when they’re going to radiology, and how to order a meal — typical things you’d want a patient to be able to do, without using a whiteboard. It’s about getting the patient comfortable and also getting nursing comfortable; having them understand the value of instructing patients on how to use this and helping them. It’s having nurses see it not just as one more task in their extremely busy workflows, but something that they value and that patients will like.

That’s where the transformation piece comes in — how do we get our nursing colleagues to see this as a value-add to what they do every day to support patients?

Gamble:  Right. There’s a lot of talk now about the burden on physicians and nurses. I would think it really has to be part of the organizational philosophy and culture to find a solution.

Nelson:  It does. We, as IT specialists, have to be able to get in there and understand what the workflow challenges are, and be able to incorporate those into the design and make changes. It’s using an agile philosophy as we move forward, even with projects that are more typically waterfall by nature, and being able to deliver small pieces, figure out what’s going on, quickly make changes, and test again. That’s important.

We’ve always been a pilot organization. Maybe it’s because we’re innovative by nature, but we’ve always had a one service at a time, one floor at a time approach. We’ve always done things in small chunks — making sure it’s right, then moving forward. And so we’ve have to shift a lot of mindset more toward that agile framework in terms of rolling out new technologies as well.

Gamble:  Very interesting. Last fall, you gave a presentation at the CHIME Fall Forum that discussed what HSS is doing to address opioid abuse. Can you talk about what the organization is doing to address this, especially from the standpoint of being a surgical hospital?

Nelson:  As an organization, we felt a real requirement to do something. Orthopedists are the third most common prescribers of opioids, and prescription opioids account for about half the deaths related to overdoses. And so it was incumbent on us to be part of the solution.

We looked at a number of areas: educating clinicians, looking at prescribing patterns, putting in best practices, and having patients sign an agreement with clinicians about opioid use. We worked with our pain medicine physicians to figure out how could we improve things, and we began leveraging Epic’s tools to incorporate best practices in terms of looking at prescribing patterns across different caregivers and educating both providers and patients. For two years in a row, we’ve cut the number of pills prescribed each year by one million, which is an incredible number when you think that these pills could have easily gotten into the wrong hands.

What’s really important is that we’re using our Epic tools to make this part of the clinical workflow for providers. We’re very proud of the results we’ve seen so far by making the EMR something that’s a value to our clinicians versus something they have to use. We’re helping them to change prescribing patterns using our tools, which I think is a major win for us and them.

Gamble:  It makes a lot of sense to be able to use these systems in every way possible, especially with something critical as this.

Nelson:  Absolutely. I worry about clinician burnout, and so, being able to say that a tool provided a very valuable set of workflows is something we’re extremely proud of.

Gamble:  Another issue I wanted to talk about is your perspective as a female CIO. When I speak with women leaders, there’s often a tendency to not want to focus on gender, which I definitely understand. But I also believe there is tremendous value in sharing our stories. I’d like to get your thoughts on what women can do to help advance other women and try to push for more diversity in leadership roles.

Nelson:  A few things. I’ve been doing this for a while. And I have to say, earlier in my career, I just ignored gender — that’s what you did. You put your head down and did the work. But as times have changed, I think it’s become much more acceptable to actually acknowledge that there is a gender issue, whether it’s in numbers, whether it’s in pay, or whether it’s in unconscious bias. Now is the time to really think about this. But it shouldn’t just be women CIOs helping women. It’s not a woman’s issue; it’s an organizational issue, because when you have diversity across teams and boards, you get better outcomes. We need to look at this as an issue that organizations solve, not women.

The other key point is you don’t have to be a technologist. I am not a technologist. I do not code. I didn’t come through that route; I came up through a much more administrative manager route. I graduated with a Master’s in Business Administration; not computer science. It’s important for everyone to understand — not just women — that there are many roads that can lead to a CIO position. It’s about understanding the organizational dynamic and being curious about technology and the application of technology to solve problems. You don’t have to have a strong technology educational background, but you do have to understand it and love it and be passionate about it. That’s something that people have to understand.

Unfortunately, I think women shy away from some of these career paths because they think it’s sitting someplace in front of a keyboard and coding. That’s one route, but it’s not the only one.

Nelson:  The biggest issue, though, is unconscious bias.  Recently, I was chatting with another CIO and he said, ‘My wife had the good fortune of not having to work.’ And I thought to myself, ‘Does he know what he just said to me?’ He had no idea what the implication might be. We don’t work because we have to work. We work because we love to work and we love what we’re doing; it’s part of our lives. That’s just one example of a well-intentioned person with a completely unconscious bias.

Gamble:  When you look at where the industry is going, it seems like there’s so much to gain by having diverse individuals in leadership roles who come from diverse backgrounds. Are we making process in that regard?

Nelson:  I believe we’ll get there. We’ll absolutely get there. One of the problems is that there aren’t enough women in certain technical roles. Even when I’ve tried to hire women into server administration and network engineering roles, I’ve found that there’s just not in the pipeline. Part of is that women have been shy about STEM careers. And when you do have women who take this track, it can be very uncomfortable being the only one, and so they’re veer off that track. It’s just not comfortable being the only female in a team of 15. I think it’s going to take a while to get enough women to where the balance changes.

Gamble:  It’s definitely a long-game mentality at this point. Now, you’ve been with HSS for about eight years, correct?

Gamble:  Can it be challenging to be in a role for what is considered a long time (in health IT, at least)? How has your role evolved in that time?

Nelson:  I look at this way: this hospital is constantly evolving, and so my role has to evolve. I’m very lucky; I sit at the highest level of senior leadership here, and so I’m involved in strategy discussions. I’ve been able to build out new functions. When I first got here, we didn’t have a real security function, so we put in InfoSec a couple of years ago. We’ve built an analytics organization that did not exist before; it’s now transforming into a data science function, which is going to report up to the CEO.

I’m part of the change in this organization. We’re now standing up an entire digital strategy. We’re looking at bringing on a chief digital officer — how is IT going to interface that role and support it? We have a cloud group that’s putting an AWS strategy in place so we have that platform ready as we take these different pathways. We’re building a team that can code apps.

Gamble:  When it feels like both a long time and a short time, that probably means you’re being challenged, which is so important.

Nelson:  It is. The other thing is that I have a very good team around me. I’ve said throughout my career that you’re only as successful as the team you have around you.’ I’ve been able to build and maintain an excellent senior leadership team in IT, and their teams fan out across the organization, so I’m very lucky in that respect. We’re able to attract good talent, which is critical because New York City can be a tough place in that regard.

Gamble:  Definitely. Well, that’s about it for now. I really appreciate your time. I always enjoy with you and hearing about the amazing work your team is doing.

Nelson:  Thank you. We really are very lucky to be here. Every day, I have an enormous sense of gratitude to be part of this organization.