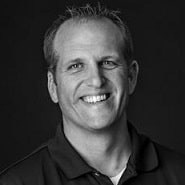 Sometimes the best ideas start with the simplest concept. For KLAS, the concept was user frustration with EHRs. Is it as bad as some of the YouTube videos suggest, or is that hyperbole? Why are some organizations struggling with adoption while others seem to have found the secret sauce? To answer these questions, KLAS created a survey that would measure EHR satisfaction and efficiency and benchmark it across the industry. To date, dozens of organizations have participated, and it is already resulting in a better understanding of what works, and what doesn’t, says Adam Gale.

In this interview, he talks about why the Arch Collaborative is so critical and what he hopes it will ultimately achieve. Gale also opens up about how KLAS’ strategy has evolved in the past 10 years, the surprising thing that happens when competitors meet face-to-face, and why he believes it’s no longer enough to focus solely on measuring data.

It’s one of those things where even if you have the best numbers, one out of every 5 physicians you run into in the hallway are mad at you. That tells us there’s definitely room to improve.

We want to hear what has really moved the needle — not just the stories that have been in the press or have been talked about. Some of these sites didn’t realize they had stumbled upon something successful until their scores came back.

Some aren’t quite there yet, but they have a strong internal champion who’s saying, ‘we’ve got to be better at not just jumping on the backs of our physicians and hoping they carry us up the mountain, but with working together as partners to get up the mountain.

That’s a culture change that needs to happen of just understanding that we can be successful, and that investing the time today is going to be worth the effort in terms of efficiency and clinical quality.

Gamble:  Hi Adam, thanks so much for taking some time to speak with us. It’s been a while, so we have a lot to catch up on. I’d like to talk about some of the biggest priorities for KLAS, starting with the Arch Collaborative.

Gale:  That’s a great place to start. It’s probably the biggest thing we’re doing, and it’s created a lot of energy, both inside and outside the company.

Gamble:  Can you talk about the impetus for the Arch Collaborative, and how is it structured?

Gale:  Absolutely. To give you some background, when we looked at this about 18 months ago, we were surprised to find that there was mounting frustration from physicians when it comes to using EHRs. Folks like athenahealth started making YouTube videos to shine a spotlight on the burnout physicians and nurses are experiencing, how technology ties into that frustration, and what can be done to improve it. As we looked at it, we found it interesting that it was such a big issue, and yet there wasn’t much quantifiable data.

And so there were five courageous health systems who said, we’re willing to participate in a standardized questionnaire for our physicians, if we can start to benchmark against other organizations. Those five organizations got together and created a standardized set that they’d send out to all of their physicians. It’s interesting; the first site that did it had a CIO who was also a physician and the acting CMIO. It came back that 20 percent of their physicians were really frustrated with the EHR. I believe 10 or 15 were kind of waffling, and the rest were happy with it.

When the results came back, the individual said, ‘I’m trying to decide how depressed I should be from these results,’ meaning that they’ve put in all this work, and still 1 in 5 physicians aren’t happy at all with what we’ve done. And the reality was, they didn’t know if that was a good or bad score. They weren’t sure what to make of it.

As it turned out, they were in the top 10 percent of health systems in terms of physician satisfaction. As they learned that, they thought, ‘wow, the bar is pretty low, but we’re doing well.’ They could also see some of the gaps, and identify where there was room for improvement. It was one of those things where even if you have the best numbers, one out of every 5 physicians you run into in the hallway are mad at you. That tells us there’s definitely room to improve.

We now have more than 100 health systems participating, and that includes organizations from the UK, Singapore, and Australia. For those international sites, it’s an opportunity to compare with the best hospitals in the United States and find out where the bar truly exists. It’s been energizing, because whether you’re a group that has 80 percent frustrated physicians — which we found in one case — or you’re at 20 percent, there’s still some low- hanging fruit in terms of what you can do to improve physician success with the EHR.

And a lot of these things don’t cost much money. We were pleasantly surprised — although not shocked — to find that it might not be a big optimization job that has to happen. There may be simple governance changes you can make to more quickly shift to the physicians’ needs. It could be some simple training steps. We’re finding that not everything has to be this heavy lift, even though there are a lot of big projects out there today.

Gamble:  What are the next steps? Do you hope to see these organizations talk to each other and share best practices?

Gale:  Absolutely. Although this is a free measurement tool, our goal in this collaborative is not just to measure physician satisfaction. The second step, now that I’ve timed myself in this race, if you will, is to find some coaches and learn the best practices of other racers. We have a webinar series featuring the organizations that have scored the highest in terms of how to personalize the system for their physicians. We have a group that’s talking about training and what they’ve uniquely done to help physicians feel that they’re capable with this tool.

We recently held the first Arch Collaborate Summit, where a lot of these organizations came together to share best practices (including representatives from 50 participating health systems, four EMR vendors, and groups like CHIME and ONC). It was essentially a science fair of what people have done and what has worked, as well as what strategies haven’t been successful. We want to hear what has really moved the needle — not just the stories that have been in the press or have been talked about. Some of these sites didn’t realize they had stumbled upon something successful until their scores came back, and so it’s been fun to connect sites that are really hungry to improve, with sites that have found successful approaches to improving physicians’ satisfaction with the EHR.

Gamble:  You mentioned that one of the early adopter organizations had a CIO who was also a physician. That’s a unique situation, and I’m sure it was helpful to work with a CIO who has clinical experience.

Gale:  Definitely. We found that the people who raised their hand the earliest in this process fit into one of two categories. The first was being a physician leader. Several of the participants in the Arch Collaborative have come up through the physician ranks. Typically, they’re CMIOs who have become CIOs; they feel the physician pain more acutely, and have been great leaders.

One of those individuals is Dr. David Graham, who is CIO and CMIO at Memorial Health System. They’re one of the best performing Cerner customers that we’ve measured. Most people are surprised by this, because they expect to hear about Memorial Hermann or Intermountain — organizations that receive a lot more press.

Another one who comes to mind is Bobbie Byrne, CIO at Advocate Health Care (and formerly at Edward-Elmhurst), who has a background as a pediatrician. As she and I spoke, she mentioned that one thing she’s tried to do more than anything is to say no to the things that people want to dump onto physicians, like ‘here’s another checkbox you need to do while documenting.’ She said, ‘I’ve tried to say no as much as possible to keep the load off my physicians,’ and lo and behold, her organization has scored well.

The organizations that are participating either have a clinical leader in the CIO seat, or someone who is a champion of physician success. Some aren’t quite there yet, but they have a strong internal champion who’s saying, ‘we’ve got to be better at not just jumping on the backs of our physicians and hoping they carry us up the mountain, but with working together as partners to get up the mountain. Those are the two groups who have started most aggressively out of the 100 or so health systems.

There are a lot or organizations who are trying to figure this out. In fact, I’ve been surprised at just how many are working on some type of physician burnout or EHR optimization effort. All of these things are really top of mind in health IT today.

Gamble:  I noticed that there were several CMIOs who were scheduled to speak or present at the Summit. Was it a key priority to get that perspective of the leader who serves as a bridge between clinical and IT?

Gale:  Yes. It’s interesting; there are three key pillars for improvement. We pictured the EHR vendor at the center, meaning that these vendors need to continue to step up their game. And that’s certainly a piece of it, but it’s a smaller piece than we had guessed in the beginning. A lot of these tools, we found, are reasonable, if you’re using them well.

The second piece is the IT team and how they implement the system, how they partner with clinicians, and how they listen and make updates to the system. The third piece is the clinician themselves, and how much time they set aside to train. We found that 60 percent of clinicians had done zero training the previous year. If you think about how many of them have had a new upgrade from the vendor or had something significant change, that’s worrisome. To be a great physician, you need to be up-to-date on the technical tools you’re using to provide care.

Some of these physicians have just had crummy training in the past, and that’s frustrating. Some of them have been using crummy tools where even if they are trained, it’s not going to help. I believe we’re getting past a lot of that, where the main tools out there, although not perfect by any means, are quite good compared to what they were in the past, and the people who take the time to personalize and train on them are much more successful. That’s a culture change that needs to happen of just understanding that we can be successful, and that investing the time today is going to be worth the effort in terms of efficiency and clinical quality.