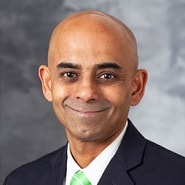 When it comes to diversity among healthcare IT leadership teams, there’s good news and bad news. The good? The industry has come a long way since the days when the vast majority of C-suite roles were occupied by Caucasian men. “We’ve made great progress and we’re continuing to move forward,” said Cletis Earle, CIO at Penn State Health and an active member of the CHIME Diversity and Inclusion Committee.

But it’s not all rosy. The bad news is that executive roles continue to evade certain demographics—including Black men and those in the LatinX community — and many organizations struggle to provide an environment that promotes discussion about diversity and inclusion.

“We’ve come a long way, but we still have a heck of a long way to go,” said Cherodeep Goswami, CIO at University of Wisconsin Health System.

During the recent CHIME21 Fall Forum, Earle and Goswami served on a panel along with Donna Roach (CIO, University of Utah Health) and Ajay Kapare (Chief Strategy & Marketing Officer, Ellkay) to share perspectives on why diversity is so important and what leaders can do to create a more tolerant organization.

According to Goswami, it starts with education — which can sometimes mean turning an awkward situation into a teaching moment. “Almost every month, I’m mistaken for an Uber driver or a pizza delivery person,” he recalled. “And I look at every one of those as an opportunity to provide a life lesson.”

A prime opportunity came with the tragic death of George Floyd, which happened soon after he arrived at UW Health. Goswami wanted to provide a safe environment for staff and colleagues to share their concerns, but he ran into a wall. “There were so many policies in place that people didn’t feel they could speak up.”

Having an open-door policy wasn’t enough, so Goswami created a workshop — and not a committee — to facilitate those conversations. By doing so, he was able to bypass the structure and bureaucracy that can hinder committees. The idea was to “roll up our sleeves and work,” which entailed teaching each other about cultural differences. “The biggest barrier to diversity is ignorance,” Goswami noted. “These workshops help fight that by increasing awareness.”

Penn State Hershey has also made a priority by offering monthly Town Halls that leverage TEDTalks on topics like Xenophobia, body-shaming and racism to encourage conversations.

“You have to be intentional about diversity,” said Earle, who believes the best way to do that is by zeroing in on specific issues, and educating his team on how to manage them. For example, making sure they’re equipped to handle situations in which a patient doesn’t want to be treated by a person of color. “It’s important that they know what to say and do.”

One topic that has arisen in many organizations is how to address transgendered individuals. Fortunately for Goswami, one of his vice presidents took the initiative to hire a coach who could provide training for the staff. When the individual returned to work, the team felt much more comfortable approaching the situation.

Despite the benefits of these types of efforts, however, there is always going to be pushback.

“The feedback I’ve gotten at times is, ‘you shouldn’t be doing this because you’re alienating people,” noted Earle. When this happens, he urges leaders to stand their ground. “You have to say, ‘We’ve made a decision and we’re going to continue to push forward.’ Don’t let others discourage you.”