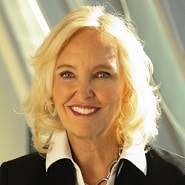 During the Covid-19 pandemic, the industry has seen a significant spike in the use of telehealth services. According to a CHIME survey, the majority (84 percent) of healthcare organizations are conducting more than 50 virtual visits per day, with a third of those scheduling more than 250 per day. For some, including Stanford Children’s Health, have seen 2,000 percent increase.

The numbers are undoubtedly high; we know that. But what do healthcare leaders really know — does telehealth lead to improved outcomes, or higher patient satisfaction? Which groups are most likely to respond positively, or negatively?

That, according to Liz Johnson, is what CHIME is trying to determine. Throughout the pandemic, CIOs have been too busy fighting fires to analyze the data, which is precisely why more time is needed. But of course, that isn’t the only reason why the organization is advocating for an extension of the regulatory flexibilities around virtual care. For the industry, the pandemic has presented a long overdue opportunity to determine telehealth’s effectiveness and prioritize digital health.

In a recent interview, Johnson, who serves as chair of the CHIME Education Foundation and vice chair of the Policy Steering Committee, talked the extensions the organization is asking for — and why, and how CIOs “have stepped up” during the crisis.

We’re already seeing providers resume in-office and emergency room visits, because private payers have notified them that the reimbursement is going to change. They don’t want to put patients at risk. This is not about wanting to do it; it’s about survival.

We just want some parity, because in the rural health setting, telehealth visits have been reimbursed at a very low rate. It has since increased, and we’re asking to make it close enough so that it’s viable to continue to invest in this technology.

They’ve done a great job during this emergency taking into consideration that the rules were written long before the technology was available, and we need to expand it so the technology is covered.

We also haven’t really had time to study it at all. We’ve been in firefighting mode, not studying mode, and so we think it’s legitimate to study and look at what’s working well and what could work better.

Gamble:  What we’ve seen with telehealth in the past few months has been really exciting.

Johnson:  It really has. And the reason why we want to extend beyond the public health emergency is that most providers — with the exception of a few — weren’t using telehealth anywhere close to its capacity. During Covid, we’ve seen this incredible surge in providers being able to speak with and treat patients who are understandably frightened to visit a physician’s office or the emergency room.

That created a tremendous opportunity. Now, healthcare organizations are investing in viable tools to be able to telecommunicate with patients and with other providers, and we want them to see a return on their investment.

Gamble:  And that’s going to take more than a few months.

Johnson:  Right. It’s our hope that CMS and Congress will go beyond the public health emergency declaration and will extend the flexibilities for 24 months. We specifically asked for 24 months to let Covid run its course, and so we can study the benefits — what works, what doesn’t work, where it is effective, and how we can tweak it in a way that becomes more and more useful.

And, frankly, we also have to work out the economics. When you’re getting reimbursed a certain amount to see a patient in your office, and you get paid much less to see a patient over video, you have to see a lot more patients to make up the difference.

Another reason why we’re pushing so hard is that we’re already beginning to see providers resume in-office and emergency room visits, because private payers have notified them that the reimbursement is going to change. They don’t want to put patients at risk. This is not about wanting to do it; it’s about survival.

It’s interesting. We’ve heard so many positive comments from patients, from providers, and from CIOs about how useful it is and how safe patients feel. We know patients want this. And we did have to work through the technical challenges with some patients — do they have a phone that can do a video visit or an audio visit, and what is needed to set that up. But a lot of that has begun to smooth out as time has gone on.

Gamble:  Can you talk more specifically about the flexibilities included in the request?

Johnson:  Sure. And I do want to point out there’s a bipartisan bill also requesting a 24-month extension, but it’s not as specific. We’re focused on seven key points, and this is based on feedback from CHIME members, as well as our own knowledge of telehealth. Our main concern is that if the public health emergency status changes, everything that’s tied to that would be affected, and we don’t want that to happen.

First — and these aren’t necessarily in order — we want cross-state licensure rules to stay in place. A few years ago, the Veterans Administration (VA) started allowing licensed practitioners to utilize their license across state lines, as long as it’s valid. We wanted that reciprocity, and with the onset of this crisis, appropriately credentialed persons were allowed to practice care across state lines. We’d like to see that instated permanently.

And it’s not just about physicians who are located near borders; there are specialists whose ability to treat patients would be greatly enhanced. If I’m in Texas and I want to see a specialist in Boston, there would be no question as to whether a telehealth appointment could be scheduled. You can see the potential benefits. Again, it’s in place now, but it would go away if the public health declaration ends.

The next is around reimbursement parity for in-person and telehealth visits. The vast majority of us are not looking for dollar for dollar; I want to be clear about that. But let’s say an in-person visit costs $200. We recognize that you wouldn’t have as many resources involved in a telehealth visit, so maybe it would be $175, for example. We just want some parity, because in the rural health setting, telehealth visits have been reimbursed at a very low rate. It has since increased, and we’re asking to make it close enough so that it’s viable to continue to invest in this technology.

We also want reimbursement parity on audio-only visits, which is a very appropriate way to do business. These can be used to make sure antibiotics are working, or for patients to discuss any issues that might be experiencing. It’s a way to have a conversation with a physician without the video component. But these pay virtually nothing, and so we’re asking for some parity where it’s reasonable. We recognize that there are times when the video portion is critical; that’s not what this is about. We’re saying that if video only is appropriate, then the reimbursement should be appropriate as well.

Removal of the established patient requirements for telehealth

There’s an interesting phenomena with telehealth. With the exception of emergencies, there has always been an established patient requirement. If you see Dr. Jones and you have established a relationship with him, you don’t need to go to the office the next time you need a visit. You can do a telehealth appointment. During the pandemic that was not required, and the reason was twofold. One, a lot of provider offices and clinics were closed. Two, providers were stretched very thin, and so patients were seeing doctors for the first time through a virtual appointment. We’d like to see consideration given for appropriate types of visits that don’t require an in-person appointment first. There’s clear recognition that there are certain conditions that do warrant an in-person visit, or certainly video, but there needs to be a fair combination. For me personally, there have been times when I’ve communicated with a healthcare provider through FaceTime or something similar to see whether I needed to come in. We just want that flexibility.

Another important point involves the moratoriums on rural and distant sites. What that means is CMS, using another agency, determines what rural area you’re located in, and you can only see providers in that area. If you go outside of that area, there’s no reimbursement. To us, that makes no sense. There’s no reason to put mileage or district limits on who you see. As long as you’re seeing appropriate providers, there should not be distant site requirements. We’d like that to be continued.

Waiver of OCR rules regarding secure communication tools under HIPAA

This is probably the one that will generate a lot of interesting discussions on the Hill. During the crisis, an allowance was given by the Office of Civil Rights (OCR) for the use of tools that aren’t as strictly governed by the security and privacy rules. And people have been really careful. For example, organizations started buying Zoom licenses instead of using the free version, because they realized it’s much safer.

There are, of course, certain tools that we know shouldn’t be used — and are very seldom used — for medical conversations where video is needed. We want OCR to understand that the concerns are largely the same as they were when a lot of the HIPAA rules were written; but the technology is very different. We need to open up our vision inside of HIPAA, and inside of the OCR. I think they’ve done a great job during this emergency taking into consideration that the rules were written long before the technology was available, and we need to expand it so the technology is covered.

Those are the things we’re asking for. Our fear is that when the emergency declaration ends, all this functionality we’ve been allowed to use is suddenly not allowable, and we literally overnight have gone from a world where we’re using telehealth safely and effectively, to one where it’s not allowed unless all these caveats are met.

There’s no time to progress. There’s no time to make that transition. We also haven’t really had time to study it at all. We’ve been in firefighting mode, not studying mode, and so we think it’s legitimate to study and look at what’s working well and what could work better, and begin to work around that information.

We’re using real data, because even with the claims data coming in off of telehealth, it took the providers a while to figure out how to bill, because modifiers came and opened up the world to say, ‘go take care of patients,’ which is exactly what they should have done. It was the right thing to do, but then we had to figure out how to bill for this; we didn’t have codes and modifiers for telehealth under a Covid situation.