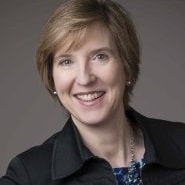 There is perhaps no phrase that can more accurately define Carla Smith’s objective as Executive VP of HIMSS, where she has spent the past 16 years working to ensure that the right information is available to the right people at the right time to make the right care-related decisions. Through initiatives like innovation hackathons, educational sessions on diversity in leadership, and many others, Smith is determined to leverage the knowledge that exists everywhere to improve the way care is delivered and create a better working environment.

It’s the driving force in everything she does, and it’s what has made her one of the most influential leaders in health IT. In this interview, we spoke with Smith about what her team is doing to foster innovation and create a better way to benchmark it, and what the results of HIMSS’ compensation study tells her about where we are as an industry, and where we need to go. She also talks about the misconceptions that arise during salary gap discussions, and the qualities she believes CIOs will need to succeed, both now and in the future.

Innovation is very ephemeral. How do we know we’re innovative? If we’re happily working alone in our lane and we don’t have a way to judge ourselves against others, we don’t know.

We found — and this was both disheartening and energizing — is that the gap between male and female compensation in our space had actually widened. There was a less of a gap in 2006 than in 2016. That’s unacceptable.

If the CIO has some understanding of that and has hired a diverse workforce, that CIO will be much better equipped to harness the right digital technologies and create the right processes around those technologies to meet the needs of the community.

Gamble:  Collaboration is something we’re starting to see more across the industry, whether it be health systems partnering with other health systems, or even vendors or government organizations. I would think it’s encouraging from your standpoint to see this.

Smith:  Absolutely. In fact, we’ve been partnering with Intermountain Healthcare to support developers so that they have a sandbox to play in. By that, I mean providing an environment where people who have great ideas, but lack the tools and resources, can design and play around. We have a makerspace, for example, at our annual conference.

We also have an innovation maturity model. The basis for that is the fact that innovation is very ephemeral. How do we know we’re innovative? If we’re happily working alone in our lane and we don’t have a way to judge ourselves against others, we don’t know. I don’t know necessarily what makes an innovative environment in health and health care. What are some things I can do to help nourish and encourage innovation in my workplace?

So we went through all the literature and worked it through for about 18 months, and we developed an innovation maturity model to put words and language around what is innovation and how does one organizationally mature as an innovative environment?

Gamble:  That makes a lot of sense. Innovation is a concept that’s thrown around a lot now, but there isn’t really a way to know you’re truly being innovative. There’s no real way to benchmark that.

Smith:  Right. How do you know it when you see it?

Gamble:  Sure. Other topic I wanted to touch on was thought leadership, which is a big part of what you do. One of the aspects I wanted to focus on that falls under that umbrella is women in leadership, and what it’s going to take to advance more women to senior roles. Can you talk about some of the work your team is doing in this area?

Smith:  Of course. We’ve had a wonderful response to our Women in Health IT initiative. And in fact, it’s now global in scope; there are HIMSS Women in Health IT efforts going on in Europe as well as in North America, both at the national and regional levels.

For example, HIMSS’ Virginia chapter just hosted a Women in Health IT program, and it went extremely well. It exceeded every expectation. The HIMSS Tennessee Chapter also pulled off a multi-state event for women in health. This initiative is really starting to gain ground.

Gamble:  That’s very encouraging. One of the issues that I’m sure has come up in discussion is the gender pay gap, which is a tough topic. Talk about what you’re seeing in this area.

Smith:  We definitely have some history here. Back in 2006, HIMSS did a compensation study. And then last year, for the first time, we looked at the study longitudinally from a gender perspective. Because we have been collecting data, asking people demographically to identify different things such as a gender, for example. We found — and this was both disheartening and energizing — is that the gap between male and female compensation in our space had actually widened. There was a less of a gap in 2006 than in 2016. That’s unacceptable.

Knowledge is power. And so it’s very important that we widely disseminate the findings of this study and that we equip people — both workers and their supervisors — with methods that can be used to fix the problem. For example, supervisors need education on how to lessen the gender compensation disparity. Workers need to understand what they’re worth and they need to understand how to negotiate for that amount. What we’re doing is providing ongoing education around areas like mentorship and career development.

Another area we’re looking to expand is in the area of racial diversity, because gender isn’t the only challenge in our space. We’re hosting a webinar August 22 on Women in IT that will focus on maximizing minority voices of women in health IT. All three speakers are women of color who have excelled in their areas. And also, I’d like to add that Denise Hines, the chair of the HIMSS North American Board this year, is a woman of color.

Gamble:  It’s great to see that kind of representation, both for women and people of color.

Smith:  Certainly. And one thing I want to make sure everyone understands when I talk about this topic is that we are not anti-male. This is a gender-inclusive initiative. Discrimination in any form is unacceptable, and so we have people from both genders addressing this issue. Unfortunately, feminism is one of those topics that can become polarized quite quickly, and so we at HIMSS make a point to say that we are inclusive.

Gamble:  Right. And actually, I was in attendance at the Glass Ceiling discussion back at the annual conference in February, and I believe there was a male on the panel.

Smith:  There was, and it was done on purpose. We had Dr. Ruben Amarasingham, who is CEO of Pieces Technologies, along with Denise. We thought that perspective was important too, because when you think about it, this is an economic issue. It’s not a women’s issue.

Gamble:  I couldn’t agree more. Now, the last thing I wanted to talk about was the CIO role and it much it has changed. What do you think are the most important qualities CIOs and other health IT leaders will need to succeed going forward?

Smith:  I think that in order to succeed, it’s becoming increasingly important that CIOs understand the delivery of care. The CIO has to understand the issues around health and wellness and illness — not just inside the care setting, but in the home. And when I say that, I’m not specifically talking about home-based care. I’m thinking about it from the perspective that people spend something like 95 percent of their time outside of the care setting. Increasingly, digital health technologies are making it possible for care to happen anywhere. And so we need to understand, what are the socioeconomic issues around that? What are the societal norms that can support or get in the way of that? What are the barriers and the obstacles? For example, much of rural America doesn’t have broadband, and yet, much of that population is aging. And so, understanding those things will equip a CIO for greater success inside their shop.

Another thing that’s critical is understanding the community of the CIO’s employer. For example, if a CIO works in a health setting in a highly urban community, there will be cultural differences in terms of what aspects of that community can and cannot accept. Going back to the issue of diversity in the work force, if the CIO has some understanding of that and has hired a diverse workforce, that CIO will be much better equipped to harness the right digital technologies and create the right processes around those technologies to meet the needs of the community that the health system serves.

Gamble:  Very interesting, and such an evolution from what the CIO role looked like even just a few years ago.

Smith:  Oh yes. We are not talking about construction workers and plumbers. The pipes have been laid in the health sector, and we’re at a whole new exciting level of sophistication.

Gamble:  Absolutely. It’s a really exciting time to be part of this industry.

Gamble:  Okay, well, I’d like to thank you so much for your time. It’s been very interesting to hear your perspectives, and I hope we can catch up again soon.