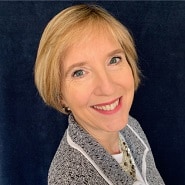 The bar was set pretty high. During her 17-year tenure as EVP, Carla Smith helped guide HIMSS through periods of tremendous growth, launching several successful programs around public policy, workforce development, the advancement of women in Health IT, and innovation. As the industry evolved, so did her strategies.

And so, when it was time to start the next phase of her career, she wanted to find a way to leverage the experience she has gained, while zeroing in on the areas that are close to her heart. It’s precisely what she has achieved with CarlaSmith.Health, the consulting practice she introduced late last year.

In this interview, Smith opens up about what she enjoyed most about her time with HIMSS, what she believes are the most critical components of successful leadership, and what it takes for startup companies to get off – and stay off – the ground. She also talks about the ultimate goal of achieving gender and racial equality in leadership roles, and the “new reality” she has created.

My interest in helping women achieve parity is not code for being anti-male. I think that could be so easily be misunderstood. I want men and women and other genders and people who choose to not identify as a gender, to be compensated at the level that they deserve.

There’s been a big sea-change toward a multidisciplinary approach to effective healthcare, and there are economic implications that come with that. When you increasingly value roles that are predominantly held by a particular gender, you begin to see the compensation levels change.

It becomes an intentional conversation for a company to come up with new and creative pathways to help women, and then for other reasons, people of color, to get into the pipeline.

Diversity among the leadership ranks is believed to be a corporate asset and a corporate differentiator. It’s not something that will just happen on its own.

Gamble:  I want to talk about something I know is close to your heart, which is women in health IT leadership. I read a recent LinkedIn piece where you talked about the goal of healthcare becoming an industry where gender is a non-issue. What are your thoughts around that?

Smith:  One thing I’m incredibly careful about, because I never want to be misunderstood, is I mean it when I say I want a reality where there is no gender disparity. My interest in helping women achieve parity is not code for being anti-male. I think that could be so easily be misunderstood. I want men and women and other genders and people who choose to not identify as a gender, to be compensated at the level that they deserve and that the market will bear. One thing that has really resonated when I talk to audiences about this is when I say, ‘I have yet to meet an adult who is in a living arrangement with another adult, and wants that adult to bring home less money from their job because of their gender.’ I have never met that person. To me, this is an economic issue. Economies where people are paid a fair wage for what the market will bear, are healthier.

Gamble:  It makes complete sense. Another thing that’s interesting to me is that studies have shown that women make most of the decisions regarding health. And yet we’re not necessarily seeing equal representation in the C-suite.

Smith:  Right. Another challenge women have is that the positions in healthcare that have historically been open to women — for example, nursing, medical records, and housekeeping — have been of lower value to those who have been making the decisions.

I also think it’s because we’re looking at a sector that is male-dominated at the executive level and has undervalued those roles, specifically around nursing. I do see this changing. I believe there’s been a big sea-change toward a multidisciplinary approach to effective healthcare, and there are economic implications that come with that. When you increasingly value roles that are predominantly held by a particular gender, you begin to see the compensation levels change.

It’s so important that we stay very much focused on the high road of paying people for the work they’re doing, based upon what the market will bear. Any time there’s a group that has more power and a group that has less, the way these two groups communicate becomes incredibly important, because the group that has the power is not going to willingly share it if it doesn’t come across as a win-win — as we gain power, it means you lose. And so they’re not going to share that power. Instead, we need to look to expand the power base.

Gamble:  And that’s the million-dollar question: how can this happen? Nothing’s going to change overnight, so maybe it’s about making small changes over time.

Gamble:  When you think about what it will take to achieve more parity among leadership roles, there are a few different factors, one of which is mentorship. If organizations provide access to mentors, I’d think that’s a big selling point for women.

Gamble:  And so the onus is on leadership to put in those types of programs, whether it’s specific training on communication or inclusion. What are your thoughts on that?

Smith:  I think intention needs to be guiding philosophy. I’ve been interacting with a very large consulting organization that finds itself in a position where it needs to adjust. The bulk of the senior team are of one gender and of one racial type, and they have been hearing from clients that it’s time for a change. What they’re hearing from clients is that the firm is highly competent, highly skilled, and does great work, but they want to see some diversity. And this organization is challenged because they lack diversity, and they lack a pipeline.

It’s not because there was some mindset where they were trying to achieve a particular gender and racial makeup. It’s because being a high-end consultant is a road warrior job; that becomes challenging when it’s time to raise a family. For many children, having their mother around is of a very high value. It’s not that the children devalue their dads, but they tend to place a very high value on their mother. And so it becomes an intentional conversation for a company to come up with new and creative pathways to help women, and then for other reasons, people of color, to get into the pipeline.

Gamble:  That’s a challenge, I’m sure, for a lot of organizations. As you said, intention is such a big factor. On the other hand, you don’t want to see organizations going out there and saying, ‘We just need someone from this gender to fill this role.’ But don’t want that happening, but it can be a tricky line to walk.

Smith:  It is a tricky line. It goes back to what you and I were talking about a few minutes ago where it can so easily be misunderstood that we’re saying, ‘white males need not apply.’ That’s not what we’re trying to accomplish.

But it does take intentionality at an executive level for it to become part of the organization’s strategy, and for it to become embraced within the executive team. If you think about the legs of a stool of corporate success, diversity among the leadership ranks is believed to be a corporate asset and a corporate differentiator. It’s not something that will just happen on its own.

Gamble:  And it comes back to something that’s so basic — or at least should be — that the more exposure you have to different viewpoints and different experiences, the better off you’re going to be.

Smith:  Absolutely. I recently went to MetroHealth System in Cleveland, which is a public health system, and met with their chief information officer. Going back to the subject of intentionality, I was remarking on the diversity of his IT team from many different angles, and he said, ‘Carla, this was done on purpose.’ He said, ‘we’re a public health system. How can I deliver the IT that’s needed by my patients and my clinicians if I don’t have people on my team who live in the neighborhood and represent the community we’re trying to serve?’ And I said, ‘Exactly. Beautifully said.’

Gamble:  It is. Hopefully that philosophy will become more widespread.

Smith:  It’s really hard to find people who have digital skills and have a knowledge of the healthcare system. There’s a company Clover Health which just received $500 million dollars in investments from a few organizations — that’s a lot of money. They just announced they’re laying off 25 percent of their workers, that’s about 140 people that are going to lose their jobs. The thought is that these people are losing their jobs because leadership underestimated the need for their workers to understand the complexities of the US healthcare system. It’s really hard to create gender and racial diversity in this sector. It’s very easy to find racial diversity among men in technology, but finding men and women who not only understand technology but understand healthcare is a challenge.

Gamble:  Absolutely. It comes down to trying to build the pipeline. I’m hearing more people say we have to start sooner. We have to start in schools if we want to get people from different backgrounds interested in technology. Cletis Earle [CIO at Kaleida Health] has talked about some of the programs they’re doing in Buffalo schools to attract more minorities to healthcare IT. I think that’s great and I hope exposing kids to technology at younger ages is something we start to see more of, because as you said, this not an easy industry by any means.

Smith:  And it’s not easy to explain. It’s not like you’re trying to send somebody to the moon, or trying to repair a broken leg.

Gamble:  Maybe that’s where cybersecurity recruiting has an advantage, because it’s a little easier to convey the importance of data security.

Smith:  Right. There’s a wonderful group out there called Scientista that’s run entirely by students, to help undergrads through those in post-doc. The goal is to help women stay in STEM fields through college and find jobs. What happens is women sometimes go into STEM fields, and if they have a negative experience, they drop out. This is to help them stay in.