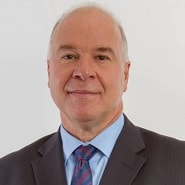 Nearly two and a half years after the first Covid-19 cases were reported in the U.S., the pandemic is still posing challenges for CIOs and other leaders. One of those is leading a hybrid workforce.

Although a sizeable portion of health systems had already embraced remote models to some extent, few (if any) had developed a roadmap for how to navigate it in the long-term — particularly given the fact that some roles don’t allow for flexibility.

“You can’t have a standard policy across the board because there are so many different roles for IT professionals in healthcare,” said Ed McCallister, CIO at UPMC, some of which require a physical presence.

And the hurdles don’t end there. Leaders need to ensure those who can work remotely (including physicians) remain engaged and updated on how to best utilize the technology. “We need to understand from our teams what’s working and what’s not, and make adjustments moving forward.”

During the webinar, McCallister and his co-panelists — John Kravitz, CIO, Geisinger; Lisa Dykstra, CIO, Ann & Robert H. Lurie Children’s Hospital of Chicago; and Ajay Kapare, Chief Strategy & Marketing Officer, Ellkay — shared their perspectives on how they’re facing these challenges, and offered best practices for their colleagues, recognizing that needs may differ dramatically from one organization to another.

For Lurie Children’s, offering a fully remote model for most of the IT staff has kept retention rates high, said Dykstra. “We’re able to meet the staff where they are. Having that flexibility is incredibly important,” especially in a city like Chicago where there’s stiff competition for IT talent. “It’s helped us keep our teams engaged and recruit new team members.”

Not every result has been so clear cut. At Geisinger, Kravitz is admittedly “struggling a little bit” with the idea of permanently remote teams. “We have people who don’t want to come in; they’re happy with that.” And although they’re able stay in touch through virtual rounding, he’d still prefer some meetings happen in-person.

McCallister, on the other hand, isn’t as adamant about staff being onsite. “I haven’t seen a degradation in the team concept because we’ve been virtual,” he noted. “I’ve actually seen an increase in some areas.”

CIOs are finding that the arrangement itself doesn’t matter as much as how it is approached. A critical part of that approach, they agreed, is ensuring individuals are educated on how to properly utilize communication tools. 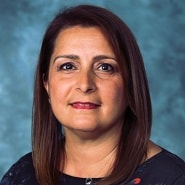 “We’ve thrown a lot of technology and applications at folks,” said Dykstra, whose organization implemented Microsoft 365 prior to the pandemic, and has been “playing catchup” to ensure nurses and physicians are proficient. “Navigating that space is not necessarily something they’ve spent time on,” she noted, which is why some clinicians gravitate toward Zoom.

In a hybrid world, however, folks need to be continuously educated on the basics of usage, as well as etiquette. This is where digital navigators can play a key role, she noted. “We need a different type of education team to help people leverage these tools to their advantage.”

Kravitz believes it’s critical to establish ground rules with tools like Zoom or Teams, such as using the ‘Raise your hand’ function to pose a question or comment, and not talking over others. “It’s so important for the person leading the meeting.”

Geisinger is looking to leverage root learning to spread best practices through the organization, starting with the leadership team. And although training can be done remotely, he believes it works better in person. “If you do it remotely, you have breakout rooms and questions that pop up — it has to be coordinated really closely,” Kravitz said. “It’s almost like directing a movie. For most of us, we just want to get our job done. We’re not worried about being a production artist.”

Another method of education is the townhall concept, which UPMC leverages on a quarterly basis, according to McCallister. Participants are encouraged to submit questions in advance, and can also pose them during the Q&A portion. “It helps to manage the conversation,” he said, noting that the “intuitive nature” of tools like Microsoft Teams has been extremely helpful. “I have to give kudos to Microsoft. They’ve been in lockstep with what we’ve needed as an industry.”

What’s been more difficult, according to the panelists, is ensuring employees feel engaged without seeing peers in-person. “It’s easy to lose people in a remote working environment,” said Kravitz. “Keeping them engaged is my main concern.” Part of that is curtailing the number of hours worked, which tends to be significantly higher among the virtual crowd, and can lead to burnout. By bringing teams in for mini-retreats or planning sessions, organizations can better gauge their level of satisfaction and, potentially, prevent them from leaving for greener pastures.

Checking in, he noted, can also help leaders understand what is – and is not – working for users. “Feedback is so critical these days, because you can’t walk around and drop in, which I love to do.”

McCallister agreed, adding that communicating with teams to make sure they’re using tools effectively is essential. Part of his strategy entails taking feedback received during and after townhall meetings and passing it along to his direct reports, who then educate the rest of the management team. “It’s a great opportunity to educate ourselves.”

And it doesn’t have to be a major change; in fact, sometimes minor tweaks can make a big difference, said Kapare. “We’re always adjusting our education and training based on feedback,” with the adjustments often being relatively small. “You don’t have to hit home runs.”

One piece of input several CIOs have obtained is that for those who have become accustomed to working remotely, coming into the office should feel worthwhile. “If you’re going to ask staff members to come in, whether it’s once a week or once a month, make it meaningful,” said Dykstra. “Go out and do site visits. Don’t require people to come on site just to sit at their cube and do virtual meetings.”

Similarly, she believes it’s important to acknowledge clinicians and others who have showed up throughout the pandemic. “They’re here every day taking care of patients. As leaders, we need to recognize that.” Physicians, in turn, tend to appreciate seeing leaders present, she added.

It doesn’t hurt to provide lunch or snacks as a show of appreciation, noted Kravitz, who has held pizza parties for workstation analysts and others who have showed up day in and day out. “Sometimes we’re so wrapped up in strategy that we forget to take care of the people who got us here. To me, it’s truly important that we stay connected with them.”

To view the archive of this webinar — Keys to Leading a Hybrid IT Workforce (Sponsored by Ellkay) — please click here.