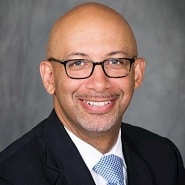 When asked about the most significant challenges they face, healthcare IT leaders almost always identify one area first: budget, or lack thereof. This is no secret.

What many don’t realize, however, is just how difficult it can be to fight for the dollars needed to purchase and maintain the systems that enable providers to do their jobs as effectively as possible. And ‘difficult’ may be an understatement. During a recent panel discussion, one leader described it as “the hunger games for cash” — a claim that wasn’t disputed.

“Once you get through your budget cycle, everyone gets into this competition saying, ‘this is a priority, that’s a priority,’” said Chif Umejei, VP of IT at New York-Presbyterian. And although there are measures in place to mitigate that by ranking items in order of importance, “it feels that competitive.”

John Henderson, who also served as a panelist, shared his sentiment. “When you get into what we call routine investments from a capital perspective, that’s where the hunger games piece comes in, because there’s always going to be more demand than there is cash available.”

It’s a dilemma for most, if not all, organizations, particularly as growth through mergers and acquisitions continues at a staggering pace. “At a fundamental level, everyone has the same problems trying to deconstruct the black box of IT and figure out how to spend dollars, whether it’s adding storage capacity, migrating to the cloud, or improving end-user solutions,” said Chris Van Wesep, Senior Director of Product Marketing at Apptio. “These are the questions on every CIO’s mind.”

And although there are no easy answers, there are strategies leaders can leverage to understand “where the investments are going and what ultimately is going to help the overall organization,” said Wesep. During the webinar, the panelists shared best practices on how to approach this issue, and what pitfalls to avoid.

Not surprisingly, the key components in achieving fiscal fitness are transparency and communication, according to Henderson. At CHOC Children’s, where he serves as CIO, quarterly meetings are held to ensure key stakeholders understand what IT seeks to accomplish and show what’s in the pipeline. And that includes not just their requests, but requests that come from across the organization, he noted. “It gives them a holistic picture, which helps the conversation of, ‘We’re not going to be able to get to that this year. Maybe we can slot it in for the next fiscal year cycle.’” 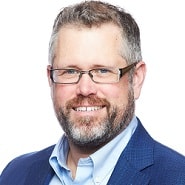 The next step is meeting with C-suite members to discuss IT priorities and categorize them based on factors such as strategic versus operational imperatives, or mandatory versus optional. That helps drive which initiatives get funded year over year.

What it doesn’t address is the many unforeseen costs that arise. To that end, CHOC Children’s conducts quarterly forecasts that highlight any changes — such as a global pandemic — that may have affected spending levels. This way, no one is caught off guard if numbers don’t add up at the end of a cycle.

That level of fidelity, according to Van Wesep, is critical in enabling organizations to be nimble. The idea, he said, is to make sure leaders at all levels understand the strategic priorities and how each investment aligns with that by providing “a view of exact breakdown of spend.” It’s also showing those costs compared with what was budgeted, and the impact it may have on the business.

Conducting these reviews — whether on a quarterly or monthly basis — enables organizations to be nimble, a quality that has become increasingly important. “It’s about being reactive to the business needs and making sure you’re really maximizing the working capital you have in place,” Van Wesep noted. “It takes a bit of time and process to get there, but being able to move things when your needs change is pretty powerful.”

It’s a process that works well when making the case for new technologies, particularly around areas like patient engagement. Where things can get dicey, however, is in allocating funds for maintenance, which is often treated as “a sacrificial lamb,” according to Umejei, despite its importance in making sure systems are up and running.

It has forced leaders to shift their thinking — and in some cases, shift some costs from CAPEX to OPEX. “When you think about new storage systems or new server infrastructures, or perhaps transitioning to a cloud-based system, there’s always this fight with what’s capital and what’s operational,” he noted. “This doesn’t necessarily fit into the traditional narrative of, ‘This is what it takes to run a healthcare system.’” 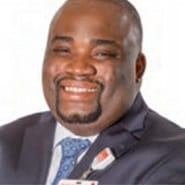 Chif Umejei, VP of IT, NewYork-Presbyterian

By providing visibility into routine capital costs and transitioning some of those into an OPEX model, IT leaders can reduce their capital needs and free up cash. “In some ways, it’s shifting the bill from one bucket to the other,” Umejei said. It’s also helping his team “get the things that we need so we can provide the value the enterprise is looking for.”

CHOC Children’s has had a similar experience, said Henderson, who emphasized the importance of explaining why resources are being shifted. “To me, that education piece is the most important element, because our organization really values predictability, which I can appreciate,” he noted. “Moving cloud-based solutions and SaaS solutions to OPEX gives us that level of predictability.”

However, although the cost model may be somewhat different, these solutions still require the same amount of support, which is a critical distinction, according to Henderson. “That’s a message we always make sure we deliver; that we’re trying to right-size and keep the same service levels that the organization has been accustomed to,” he noted. “If we don’t grow these resources, you’re going to start to see some degradation in service levels. If you’re okay with that, we can maintain it. But if you want us to keep or exceed them, then we’re going to have to grow the team.”

That bled into another important area: presenting the best options to governance teams. It’s one that must be approached thoughtfully, according to Umejei. In most cases, his team will present two or three options, listing the pros and cons of each and assigning a dollar value based on the risks and benefits so that they can make an informed decision. “We might be leaning toward an expensive solution because we think it’s the best thing to do,” he noted. “But sometimes we don’t want to make perfect the enemy of good, so we’ll take good. And if that’s a risk our leadership is willing to bear, then that’s fair.”

Henderson concurred, adding that it’s important to provide the retail cost of the technology, as well as the actual overall cost, which includes things like implementation services. “You have to give them context into the pricing, budget and investment information you’re giving,” and clearly outline whether it’s going to allow the organization to advance strategic priorities or focus on running day-to-day operations. “Those things are critical,” he added.

By “getting your ducks in a row” and being able to clearly explain the different options, IT can build trust with the business side, said Van Wesep, which is absolutely paramount. “We’ve found that when you can expose these levers to people in a way that’s transparent and justify that you can back up the numbers, that’s when you can start having better conversations.”