When it comes to clinician burnout, one of the most significant challenges for CIOs has been understanding the crux of the issue.

“I don’t think we get it, because we’re not in that world,” said Chuck Podesta, who currently serves as interim CIO at UConn Health, but has amassed more than 25 years of experience in the role. “I work with physicians and round with them, but I’m not doing that job.”

And even if CIOs and other leaders recognize the substantial burden facing clinicians and can empathize with them, it doesn’t necessarily translate into the ability to affect meaningful change. During a recent panel discussion, Podesta addressed this critical topic, along with Brett Oliver, MD (CMIO at Baptist Health System), Daniel Nigrin, MD (CIO at Boston Children’s Hospital) and Christopher Kunney (Chief of Strategy and Business Development with DSS).

The panelists agreed that burnout is a multifactorial problem, and therefore doesn’t have a simple solution. And while technology is often cited as the key culprit in clinicians’ mounting frustrations, it certainly isn’t the only factor. It has, however, played an increasingly larger role, and as a result, is becoming “an add-on to their day, as opposed to being complimentary,” noted Podesta.

The good news is that there is an opportunity to optimize IT systems and leverage other technologies “to help reduce the cognitive load and enable physicians to focus on patient care,” said Kunney, who spent several years on the provider side earlier his career.

Breaking down the ‘why’ 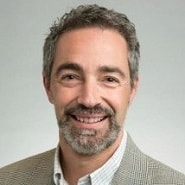 As in many cases, the best place to start is by getting to the root of the issue — or, in this case, the roots. One of those, according to Nigrin, comes down to the simple fact that many clinicians feel like aren’t working at the top of their licenses. “They’re not being doctors or nurses, they’re being scribes and administrators,” he said. “When the time you have with each patient is so limited already, and then you layer on what many view as administrative work, it really irritates clinicians.” Throw in the added pressures of increasing volumes and throughput, and it makes for a dangerous combination.

Kunney concurred, adding that DSS has learned through multiple surveys and interviews that manually inputting data takes away from the ability to focus on the patient. “That’s where the satisfaction comes in — from taking the training that they spent years gaining and using it to provide care and not having to focus on a piece of technology.”

That piece of technology, in many cases, comes with an interface that isn’t intuitive enough to provide the seamless experience that users need. Not only that, but it doesn’t match clinicians’ workflow, which is a “big issue,” according to Podesta. “I don’t think enough time is taken to either develop a better workflow, or match the technology to it,” he noted. “A lot of times, it’s matching technology to the current workflow, which may or may not be optimized. So now you’re just adding technology to that. To me, that’s one of the biggest areas that I hear that’s frustrating for physicians.” 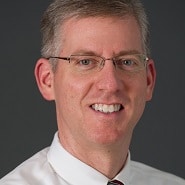 As a result, eight-hour days become 10- or 12-hour days, which can lead to stress and sleep deprivation. For CIOs, it ratchets up the pressure to optimize workflows and provide information in a seamless fashion to help reduce the cognitive load.

The big question is, how?

During the discussion, the panelists provided several best practices that can help get organizations move forward in reducing burnout.

By adopting these measures, organizations can make great strides in reducing burnout, and continue the progress that’s already been made. “I think we are closing the gap,” said Podesta, who recalled the huge amount of resistance leaders faced when tools like CPOE were first introduced. “We’ve come a long way,” both in terms of the technology itself, and the adoption rates. “We’ve gotten to a point where the pace is picking up with things like voice recognition and AI. I’m hopeful that these technologies will come forward and allow us to have an Amazon experience.”

To view the archive of this webinar — Optimizing IT to Reduce Physician Burnout (Sponsored by DSS) — please click here.