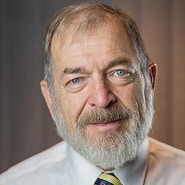 Is it possible for an event to propel an industry forward, helping it to achieve adoption rates thought to be impossible, while also showing just how far behind it is? Yes, when the event is the Covid-19 pandemic, and the industry is healthcare IT.

Like many organizations, Intermountain Healthcare saw virtual visits skyrocket during the early weeks of Covid, obliterating fears many had about telemedicine’s viability. It wasn’t all good news, however. Intermountain also saw some serious flaws in the public health reporting system. According to Stan Huff, MD, who has held the CMIO role for more than 30 years, there were, at one point, 13 different reporting destinations.

“It’s so disappointing,” he said during a recent panel discussion, which also included Dave Cassel, Executive Director at Carequality, and Greg Fulton, Policy Lead with Philips’ Chief Medical Office. Not only must the data go to different places, but it often needs to be sent in different formats. It creates a sizable challenge, one that Huff hopes doesn’t get swept under the rug after the pandemic has passed.

“We’re not interoperable in any sense,” he said. “We really need to invest in it and be thoughtful about it, but I worry we’re going to have a short memory.”

One thing that could help sustain momentum is the publication of the much-anticipated final rule, designed to drive interoperability and patient access to health information by “liberating the data,” according to CMS. Among the areas covered under rule are Public Reporting and Information Blocking, ADT Event Notifications, and Patient Access API.

Although his team is still working through the regulations, Huff is “excited” about what he has seen so far, and believes it’s critical for organizations to enable “patients and providers true access to the information they need.” However, because Intermountain owns a health plan – SelectHealth – his team has questions around how patient data will be affected, particularly if applications are being used that connect with FHIR. 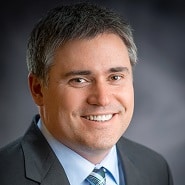 It brings up some interesting points around responsibility when to comes to privacy, according to Cassel. After all, the majority of patients probably don’t realize that once the data leaves the health system, it’s no longer covered under HIPAA. And so, he urged organizations to reach out to patients and make sure they’re asking the right questions — such as, does the app have a privacy protocol? Can it authenticate that it does? “There are things you can do ensure you’re both (patient and health system) comfortable with where the data is doing,” he noted.

By educating users, healthcare organizations can build trust, which in turn can improve retention. It can also help quell misunderstandings about the hesitancy some hospitals have to release patient information, said Fulton. “This is a way to help them understand the process and get them comfortable with what they can do.”

For leaders, however, data blocking presents a different set of concerns, noted Cassel, who believes it could be the area most affected by the regulations. “I think a lot of the impact, positive or negative, is going to come out of who is making accusations against whom. Is it going to be application developers accusing vendors or providers? Payers accusing providers of making it difficult for them to get information? Are vendors going to go into a war of attrition with one another? As we look at what I see as a gradual restructuring of healthcare to work in a new IT context, who wins that war is going to determine what the emerging system looks like,” he said.

On a more positive note, the regulations could potentially pave the way for semantic interoperability, said Huff, helping to create a “third-party marketplace where applications can be created, distributed, and used anywhere.” This “true, open market” provides a platform for individuals across different organizations to collaborate — regardless of which EHR system they use — and pool resources to solve complex issues (like, for example, determining the best occult sepsis detection in the ED).

“In my visionary future, we’re sharing knowledge as executable programs, rather than sharing knowledge by publishing them in a journal that a physician then has to read, and know how to apply,” Huff added. “It’s ready to use; you just have to install and integrate.”

What will prove critical going forward, he believes, is ensuring a solid infrastructure remains in place, particularly as more tools make their way to the patient’s home. “It needs to become smarter over time so that it’s not just a collection of data, but smart apps that are looking at the data and watching for the right opportunity to intervene or guide the patient,” said Huff.

For this to become a reality, reimbursement for patient monitoring needs to be mandated, noted Fulton, who envisions a future in which providers can not only view the longitudinal record during a telehealth visit, but also access real-time data that can be acted upon. “That’s where things need to go,” he said. “The rules need to empower patients.”

Cassel believes they’ll be able to do that, but it’s going to take time — and patience. “What we’re seeing is akin to the development of the Internet in the ’90s, which led to an explosion of new functionality in the following decade that still continues,” he said. And finally, it’s going to require a continued focus on getting EHR systems to speak to each other. “The more we can make that seamless and remove those barriers, the more we free everyone up to get creative about how they continue to explore these models.”

To view the archive of this webinar — The CIO’s Interoperability Agenda: Creating an Ecosystem of Frictionless Care (Sponsored by Philips) — please click here.