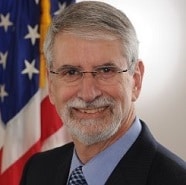 I just returned from HIMSS19, HIT’s Magic Kingdom, appropriately hosted in Orlando, FL at the cavernous Orange County Convention Center. The options for professional growth were immense and overwhelming – how does anyone or even a well-organized team get to attend more than 300 education sessions, visit 1,400 vendor booths, and network with 43,000 colleagues? Though it didn’t officially begin until noon on Sunday, Feb. 10, my HIMSS experience began weeks in advance by creating a plan for how to get the most out of it: preparing two speeches, writing a blog and whitepaper, sifting through a flood of emails, sending some of my own to old friends doing my best to tread lightly on their patience, trying to connect with some new friends, and finally, adding appointments to what became a bloated calendar. In summary, two emphatic, exclamatory words in equal measure describe the event – Wow! And Whew!

I took an early flight on Sunday to carefully manage what I know is going to be an overly stimulating event in an ORE (opportunity rich environment). I had forgotten that waiting in the boarding area of DFW airport is where the conference really begins. I saw 8 colleagues in the waiting area and we eagerly initiated the knowledge exchange that defines the HIMSS19 experiences (yes, plural). The plane was essentially a HIT charter. The professional HIT hyperstimulation experience had begun.

I looked for common themes and topics and will lightly touch on those which had the greatest impact on me. The first is logistics. The HIMSS team knows how to put on a show. They deserve our gratitude for creating an environment where education, networking, and knowledge sharing create an audible buzz that starts early, reaches a fever pitch that lasts all week long, and recurs for months post-HIMSS when you remember something you saw or heard as you return to normal activities. And, thank goodness for the people taking care of the airlines, hotels, booths, food services, and off-site events.

The combination of those activities generates pride and enthusiasm. Already proud and enthusiastic to be a HIT professional, I always leave the event prouder and more enthusiastic than when I came. Though physically demanding, all attendees leave with newfound energy from the interactions. To get a better sense of this, read “IT matters – why I work in healthcare” written by StarBridge Advisors Principal, Sue Schade.

Another group that deserves kudos are federal employees from the public sector. They have learned how to get attention in a signal heavy space. Mark Hagland, a long-time friend, summarized their efforts in a recent piece, noting that “Federal healthcare policy issues dominated discussions at HIMSS19 – for very good reason.” In addition to CMS and ONC releasing two NPRMs (complementary notices for proposed rule-making), current and former federal officials participated in many events, including the Tuesday keynote, all underscoring the importance of policy to healthcare IT. The policy topics were consistent with other themes and topics at the conference, all of which draw a great deal of focus in the healthcare sector.

The top of my list is data, a common factor for all activities, whether we’re producing or consuming it. There is a tsunami of data coming, and the degree to which we can harness and direct the energy associated with it, will determine how successful stakeholders will be at improving health and wellness. Given this focus on data, cybersecurity was appropriately front and center, though there is much to do in every organization by providers, payers, patients and families, and vendors to create and sustain a culture of security and privacy.

Interoperability continues to be a focus, though we’re still a long way from where we need to be: plug-and-play interoperability with 100 percent positive person identification. Interoperability was a common topic in many conversations, education sessions, and booths. Sub-topics included patient-matching, and the terms FHIR and API appeared throughout the conference. There were many demonstrations of biometric identification technologies. Many attendees and vendors, as well as the media and public sector representatives, discussed information blocking.

Assuming that data will flow freely, or is already, there were products and presentations addressing the “how to” of care management, population health, and patient, family, and consumer engagement. So many vendors also made claims about their ability related to analytics often with predictive as a modifier, and there was ample evidence to support those claims. Perhaps the topic that I saw or heard most often was AI – augmented (or artificial) intelligence. No doubt there have been incredible advances, but I wanted to hear more discussion about the bias and ethics associated with AI and how we’re going to address those. The technology is relatively easy – it’s the people and social engineering that deserve more attention.

HIMSS is a community event. To its credit, HIMSS created a Circles program that focused on nine communities: non-IT C-suite executives, IT executives, clinical IT executives, security executives, physicians, nurses, and researchers or scientific specialists focusing on life sciences, and even investors and entrepreneurs. Not included in this list was what HIMSS does for people entering or exploring other job opportunities. There were career days, a University row, numerous discussions and activities dedicated to promoting women in HIT, and even the recognition dinner where people were celebrated for the many contributions they’ve made to their communities and the HIT community at large.

Perhaps the most rewarding to me was the chance for meaningful conversation – at the presentations, in the booths, at the social events and in the hallways. The brilliance of the people in our HIT industry inspires me. I’m thrilled to be in the company of what the theme for the conference promoted, “the Champions of Health.”

This immersive, dazzling, and hyperstimulating experience is challenging, yet refreshing; overwhelming, yet nurturing; chaotic, yet well-organized; inspiring and well worth the effort. Wow!