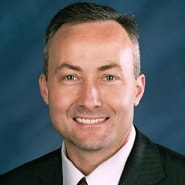 Having prior experience as a bedside nurse can be extremely valuable for those in health IT leadership roles — but not for the obvious reasons. Although it’s true that those who have walked the walk possess an understanding of the workflow challenges and other pains associated with nursing, the real value comes in understanding the need to be “inclusive of others to get a full picture of what you’re dealing with.”

For Mike Hart, who has served as VP of IT at Arkansas Children’s for the past 7 years, the lessons he learned in previous roles — including stints as a nurse, a clinical informatics coordinator, and a software programmer — have provided a solid foundation as the organization has expanded in recent years. In a recent interview, Hart talked about what his team is doing to get back on track in the wake of Covid, how he believes disaster recovery will evolve, the “all-hands-on-deck” mentality organizations need, and what it takes to be an effective leader.

Gamble:  In terms of Epic, do you have any updates or changes planned?

Hart:  We’re on the latest version of Epic. We went live on it about two and a half years ago, and we do quarterly updates. We’re trying to stay as current as possible; we’ve implemented every module that they offer. The only thing we haven’t implemented yet is the genomics module. We’re looking to move forward with that project soon.

Gamble:  Were you in your current role when the Epic implementation occurred?

Hart:  I was. I helped plan that initiative. Epic comes in with a template — here’s how the project works and here are the roles you need to fill. One of those was executive director of the project, which is role I serve.

Gamble:  And it was a big bang implementation?

Gamble:  From what I’ve learned speaking with others, there are pros and cons of doing it either way. Looking back, would you have done it the same way?

Hart:  I would have. I actually have a background in software development background, and I’ve had the privilege to hire some very talented software developers. Having been in the industry for a while, we had some very robust conversations around what was the best approach. Long story short, the big bang approach came out on top in our discussion of how to do that and do it well.

We worked with a few consulting firms to get their input. We have some sister organizations that have been through go-lives, and we were able to use their knowledge to decide how to do it. Kudos to my team and the leadership that is under me — they did an outstanding job. We received several accolades from local hospital representatives, from a few out-of-state hospitals that sent representatives to be part of our go-live, and from consulting firms who said ours was the best go-live they had ever seen.

So yes, I would definitely do it again. What was critical is that the organization as a whole was completely behind the change to Epic. We had so much involvement from all of the departments across the organization. That teamwork and commitment throughout the entirety of the project is what made it successful. I think if we had done it piecemeal, it would have been much messier. There would have been a lot more dissatisfaction; we would’ve hear more about areas where people weren’t up yet. It would have just been very disjointed. This way, everyone was so engaged and excited. It made the build come out in a stellar fashion, and when everybody was able to get on it and cheer at the same time, it just made it that much better.

Gamble:  Sure. And for you, I can imagine having a background in software development provided an interesting perspective.

Hart:  It did. Epic is a tremendous company. They do great work, and they have a ton of resources at their disposal. They have more than 10,000 employees that help organize everything they do, and they do it very well. I think from a company perspective, they’re really topnotch; what they bring to the table certainly makes it easier for us. Having a software development background enables me to understand technology a bit better than the average person in a healthcare organization, but it also makes me appreciate more when I see good work, like what Epic brings to the table.

Gamble:  And you’ve been with the organization for about 6 or 7 years?

Hart:  In this role, yes. Prior to that, I was the chief nursing information officer at the same organization. So it’s been 12 years in total.

Gamble:  How did that experience as a CNIO impact your leadership style?

Hart:  Good question. To me, leadership is something you evolve over time. If you want to be a good leader, you have to have a learning mindset. In my opinion, it greatly helps to have a teamwork mindset with the idea that it’s not your opinion that matters; it’s the opinion of the team and the experience of the many people that have something to contribute. There needs to be a great deal of inclusivity and opportunity for diversity and inclusion of the various ways people think.

Having worked in the nursing realm for many years, both as a nurse at the bedside and under the nursing umbrella in a leadership role, you appreciate the work they do. You understand the workflow, the commitment, and the pains and struggles that those jobs involve. But at the same time, you begin to understand that as you’re growing up working at the bedside and eventually taking a leadership role, that you have to be very inclusive of other people to get a full picture of what you’re dealing with and to find possible solutions.

Early in my career, I had this idea that leaders told you what to do, you went out and did it, if you did it well, you got promoted. That was my immature mindset back then. But as time went by, I began to realize that leaders can have input, but their job isn’t to tell people what to do. Their job is to push the decision-making to where the information lives, and the information lives with the people doing the work.

When leaders treat the people doing the work like leaders, and ask them to have help decisions, to be accountable, to drive initiatives, and give feedback on what they think should be done, you start to reach new levels. And it also helps drive that engagement to where people feel like they’re part of it, because they are. They’re part of the decision-making and they’re part of setting the strategic vision. They’re helping to drive all of these in a meaningful way and it makes them happier as employees because they feel like they have some ownership.

To me, the leader-leader model has driven my philosophy on how I want to be as a leader; to help educate and guide people in their ability as leaders and to give them some ownership and decision-making authority, so that they can drive things to be performed at a higher level of engagement, and produce better quality, and safety, and outcomes. That’s how my philosophy has changed over the years.

Gamble:  Right. A lot of executive IT leaders don’t necessarily have experience working at the bedside. And so you’d say that’s really key, making sure that ownership is there?

Historically, it’s been the case for both sides, and it’s not anybody’s fault. It’s a natural progression; if you’re only working in one of those two spheres, you don’t really understand the other one very well. And that can be self-limiting, because you may be asking for something that either has tremendous impact you’re not fully aware of — and if you were, you probably wouldn’t make that recommendation — or you’re asking for something that’s not really possible. Any time you have that lack of understanding of the other sphere, you end up with false expectations on what should happen, and you get a lot of finger-pointing, blame, and anger.

And so, as CNIOs, one of our key jobs is to help bridge that gap so that the two spheres can understand each other better. It’s a difficult role to fill, because timelines can be very rushed, and it’s hard to educate and communicate effectively. For those in clinical informatics, be it an IT person with a clinical background or a clinical person working in an IT role, the job is to bridge that gap of lack of knowledge for both sides.

I have about 25 nurses that report to me under the IT umbrella, and it’s important for them to be very intimately involved in rounding with clinicians on a regular basis so that they can understand how they operate and the nuances they’re dealing with today — and not what they dealt with 10 years ago — and keep that connection to the clinical side. You have to bridge that gap and do it well so that both sides can have appropriate expectations, and therefore, get more satisfaction no matter what work is being done.

Gamble:  It does. Sometimes nurses can come off a certain way, but as you know, there’s such a passion for patient care. I’m sure it’s helpful for other leaders on your staff to get that perspective and understand where nurses are coming from.

Hart:  It definitely does. The ability to be empathetic is so valuable. It’s important to have that.

Gamble:  The last thing I wanted to ask was, before you came to Arkansas Children’s, did you have any experience in pediatrics? And if not, what was it that appealed to you about this role?

Hart:  That’s a great question. A few years ago, I was working at the Central Arkansas VA Hospital as director of their informatics program. I hadn’t worked in pediatrics specifically, but I did do a rotation for Arkansas Children’s when I was in nursing school, and so I was familiar with the organization.

Obviously, pediatrics is very different from adult-based care. They each have their pros and cons. The people at this particular organization are very passionate about its mission, and they’re extraordinarily caring. They’re good, intelligent, hardworking people who love what they do. And there’s a lot of longevity here, so in that regard, it’s one of the best organizations I’ve ever worked for. It’s been a great experience.

From a technical perspective, you’re dealing with a lot of the same nuances you deal with in general when it comes to healthcare, but then you get into pediatric-specific things like weight-based dosing and what that means for order sets. We’re primarily Medicaid, so that brings a bigger focus on how to do that well for Medicaid standards.

Gamble:  Right. Well, this has been great. I’m glad we were able to connect. Thanks so much for your time, and I hope we can speak again soon.

Hart:  My pleasure. Thank you, Kate.