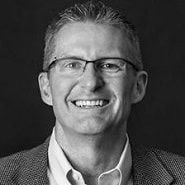 Energy still remains high across the U.S. EHR market, even well after the frenzy of meaningful use purchasing. KLAS’ new US Hospital EMR Market Share 2020 report saw movement in all areas of the market, including big IDNs, midsized hospitals, and smaller community hospitals. This blog will dive into the nuance of players and energy unique to each of these settings. At a high level, the big winners this year were Epic and Meditech, who were the only vendors to see a net gain in total number of hospitals.

At this point, all big organizations have an EHR, and the space is primarily dominated by Cerner and Epic. However, there are still a few organizations running Allscripts and Meditech. As a result, the majority of wins and losses in this space are a tug of war between two vendors, and every win is a big win for one and a big loss for another.

Epic has won most of the decisions in this space for the past several years. The exception to this has been the big government decisions (DOD and VA) that went to Cerner. In 2020, Epic took big customers from both Cerner and Allscripts. To date, it is the only vendor to have not lost a big organization to a competitor, and it has earned a reputation of consistent delivery of customer success.

Cerner saw a net decrease in market share for the first time in at least the last 10 years, largely from a few big customers choosing other vendors. For years, its revenue cycle has been a problem for big organizations, and it is often the primary driver for leaving Cerner.

Meditech’s Expanse is emerging as a possible player in the larger space, with one larger organization choosing to standardize on the solution. There are likely several organizations watching to see how well Expanse meets the needs of this initial big organization.

For midsize organizations (200-500 beds), there are by far the most viable EMR vendor options, which makes this space the most competitive. Cerner, Epic, and Meditech are typically all considered by customers. The midsize market is one of the most common to be impacted by mergers and acquisitions, and that most often plays in the favor of Cerner and Epic.

Meditech’s Expanse has gained considerable traction in this space and has been expanding outside of their legacy customer base, as evidenced by their net gain of 29 hospitals in 2020. The biggest drivers for the increased market interest in Expanse are the updated physician interface and the integration of the acute and ambulatory spaces.

Allscripts is seeing a decrease in acute care market energy overall, but they are putting renewed emphasis on Sunrise’s integrated portfolio. They have been putting more emphasis on Sunrise Ambulatory Care and have several initial customers now running Sunrise Financials. It remains to be seen whether this will help Allscripts gain the momentum they once had with midsized provider organizations.

The small hospital market (1-200 beds) has proven to be one of the toughest markets for the EHR vendors to figure out. With all of the same requirements but usually much fewer resources, small hospitals really need tuned functionality with great support at a low cost. That, of course, has traditionally been the trump card in purchases, resulting in functionality and support being sacrificed. KLAS data indicate that at least 60 percent of organizations running traditional small hospital EHRs are either stuck, planning to leave, or unsatisfied with their vendor.

Even though this area has been tough, the future will be fun to watch as all of the major EHR vendors turn their attention to this market.

In 2020, Cerner’s CommunityWorks was selected almost twice as often as any other EHR in the small market. This shared instance offering has proven to be a viable option for many small hospitals, but it is considered to be one of the more expensive solutions. Meditech Expanse is also garnering considerable attention.

CPSI and Medhost are typically considered the most affordable options. They have significant customer bases in the small market but not as much momentum in new decisions. Their customers have historically expressed concerns over slow development and dated technology, but KLAS Is starting to hear from these vendors’ customers about more things coming out.

Allscripts and Epic are also working on solutions targeted at the small market. Allscripts’ Sunrise Community Care is a multi-tenet version of Sunrise, with the first customer expected to go live in July. Community Connect is Epic’s current option for smaller organizations; however, they’ve been talking about a direct-from-Epic offering for a while.

The future will be fun to watch because, for the first time, the whole industry isn’t only focused on the big space. There is probably still room in this market for another entrant. If a vendor can step up and knock it out of the park, we could see some real disruption going forward.

Pending on the Pandemic

The COVID-19 pandemic has financially impacted everyone, but smaller organizations bear greater financial strain. There is a high likelihood that we will see decisions from the small space slow down. Many staff members at these organizations, including clinicians and IT professionals, have been furloughed or are having their contracts renegotiated. Organizations may want to make a move, but for the time being, they may have to sit on what they have until the staffing or overall financial situation allows them to come up with the necessary implementation costs.

For the industry as a whole, COVID-19 does not play as big of a role in these decisions. Organizations go through a multiyear decision-making process, so even something that could dominate half of the year might delay decisions without completely derailing anything. Despite these uncertain times, we can expect to see the current market trends mentioned above to progress, though possibly at a slower pace.

This piece was written by Coray Tate, Vice President of Clinical Research, and Paul Warburton, Senior Market Research Analyst, of KLAS. To follow the organization on Twitter, click here.