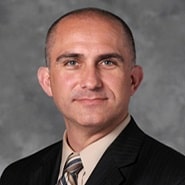 Nearly every project that passes a hospital executive’s desk has the same basic objective: leveraging data to increase care quality, improve processes, and reduce costs. And yet, some projects fall flat while others meet — or even surpass — the those expectations.

So what’s the differentiator?

There are the usual culprits: governance, resource allocation, staff buy-in, and strong vendor partnerships. And although these are important, what’s even more important is the way an initiative is approached. At last week’s HIMSS conference, leaders from two Davies Award-winning organizations — Novant Health and Henry Ford Health System — spoke about how their teams were able to achieve Enterprise-Wide Value Realization through IT. In both cases, it started with identifying a specific area that needed improvement, and crafting the right strategy to achieve it.

For Henry Ford, the problem was clear. In 2010, the 7-hospital system had an environment that could best be described as a “patchwork quilt,” with custom-developed applications and a 25-year-old, home-grown EHR that was reaching the end of its lifecycle. Even more problematic, there were more than 20 different systems through which patients could register or pay a bill.

It was time for a change, said Geoff Patterson, VP of Clinical Transformation. That change? Moving to an integrated system, which would enable them to standardize care using evidence-based practices, and create a single patient record across the enterprise. To ensure success, the project had to be led by clinical and operations (and enabled by IT); training must be mandatory; planning had to extend beyond go-live; and leadership had to be engaged every step of the way.

It also meant there had to be buy-in at every level, and with that, an understanding that investing in Epic meant no more customization or picking and choosing, said Patterson, who presented at the session along with David Allard, MD, CMIO at Henry Ford. “The emphasis was on what was best for the entire organization, not for the individual.”

And so, with all the pieces in place, Henry Ford began deploying Epic, and building an enterprise data warehouse that would enable advanced analytics. One area that quickly saw an impact was documentation, he said, noting that by going electronic, the organization was able to cut transcription costs significantly.

The other area was revenue cycle. In the first year of having a standardized system, Henry Ford realized $25.7 million in revenue capture. In the ensuing years the trend continued, and it has now seen aggregate savings of $167 million. A key part in this success was developing a “revenue cycle playbook” where leaders from revenue cycle management and IT meet to discuss what’s working (and what’s not) and identify “high-opportunity areas” such as reducing hospital A/R days.

And it didn’t stop there. The goals — and results — were published in a common area, and a subcommittee was created that reports to the Board on a regular basis. The decision to build transparency and accountability into the playbook played a critical role in realizing cost savings, said Patterson. “We were able to show a true return on investment and show that our strategy worked.”

For Novant Health, the impetus for change came when leadership started thinking about making the transition from fee-for-service to value-based care. “It forced us to do an inventory of our revenue-cycle processes,” said Ryan Neaves, Director of Epic Ambulatory, who spoke along with CMIO A.J. Patefield. “We knew we wanted to reduce the cost of collections and reduce A/R days, but it was hard to get concrete data.”

The first step was to create a consolidated billing offices, rather than having separate contacts for acute and ambulatory, which made it more difficult for patients to pay their bills. The second was to establish better communications between revenue cycle and IT by forming an advisory committee. The third was to “find optimization opportunities” by more effectively matching what individuals were being asked to do with what the Epic system was capable of, which “made a huge difference.”

Once the organization had a better grasp on the system’s functionality, leaders were better able to leverage the data that was being collected. A discharge planning process was created to help set up follow-up appointments and schedule preventative screenings, resulting in a significant decrease in discharges. And that wasn’t the only positive result; from 2013 to 2016, Novant saw decreases in A/R days, bad debt percentages, and the cost of collections.

“It’s about empowering people to be able to access the data they need and use it,” said Neaves. “When we talk about value and ROI, we can put dollars and cents to this. We’ve saved more than $100M million. But at the end of the day, it’s about how well we take care of our patients and our team members. And we’ve seen in an increase in overall wellness.”