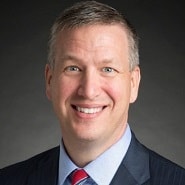 Amazing things can happen when leaders take the time not just to meet with those on the front lines, but to listen to their concerns and consider their ideas. In fact, it was during one of the regular town hall sessions held by Dr. James Downing, CEO of St. Jude Children’s Research Hospital, that an idea surfaced — one with the potential to transform the experience for families. The concept was a mobile app that could help navigate the journey by coordinating travel and housing, and providing information about the area. Most importantly, it could reduce stress and anxiety during an extremely difficult time, and advise families on what to expect.

Not only did the app come to fruition; it garnered a Webby Award, and solidified St. Jude’s reputation as a patient-focused organization. But, like any initiative, it required a great deal of preparation and hard work, and a willingness to switch gears in order to drive it forward. Recently, healthsystemCIO spoke with Keith Perry, CIO at St. Jude’s, about what it took to make the idea a reality, the challenges his team faced, and how he hopes to continue to build out a strong digital health strategy.

Perry also talked about the organization’s transition to the cloud, the resource center his team was able to quickly put together, and how he believes Covid-19 will impact his philosophy as CIO.

We found ways to be creative and accelerate some of our pipeline development and transition to the cloud. We said, let’s take advantage of the fact that we are living in this state where we’re not allowed on campus; let’s continue to push this cloud effort forward.

When you’re marching down a path and you want it to work so you can realize that vision, it’s very hard to be able to say, ‘we’re not going to get there.’

That was a very useful process to go through because at the end of it, they knew what we were sprinting toward, and we had validation that what we were aiming to achieve was realistic in terms of the development effort.

I was beating the drum saying, ‘We’re going to do this as a department. This is not a clinical system; this is a concierge app.’ Yes, we need the clinical component, but we also need data we’re putting in for what’s happening on campus.

Gamble:  In terms of the pandemic, how was St. Jude affected? Where is the organization now?

Perry:  Like everybody else, we were sending people home in February. For us, making that transition overnight to remote work brought challenges as well as opportunities. We’ve started bringing more people back on campus. We didn’t shut down entirely, but a lot of our research efforts were put on pause for a period of time, and so now we’re bringing people back to allow that to resume.

We’re bringing them back in groups of about 250 to 400 people at a time. But it’s not going back to the way it was. People are either working shifts or working at different times to make sure we’re adhering to occupancy limits and social distancing guidelines.

Gamble:  There are different considerations when it comes to St. Jude’s, since you have that research component. Can you talk about how that was managed?

Perry:  Absolutely. The mission of St. Jude needs to continue, even through the pandemic. We always came back to our mission, which is twofold: to treat the children that are in front of us, while also recognizing that the underlying research we do is meant to find those cures for tomorrow. And so, while we put paused and sent people off campus, we always talking about when we could restart those efforts. Some of them actually continued.

We’ve been transitioning to the cloud; as part of that, we’re pushing a lot of our genomic and research data to the cloud. All of that has continued, because people can access it. It’s not locked on campus. We had already built that culture before this started, so that’s been exciting.

Gamble:  Talk about what was done to lay the groundwork for enabling remote work.

Perry:  When we were transitioning to remote work, we recognized that connectivity back to campus is very important, not only for high-performance compute and storage, but also recognizing that we’ve got this cloud effort where we’re loading genomic data. And so that was actually a benefit. We found ways to be creative and accelerate some of our pipeline development and transition to the cloud. We said, let’s take advantage of the fact that we are living in this state where we’re not allowed on campus; let’s continue to push this cloud effort forward. The cloud effort has been underway for about four years, and it’s been picking up steam during that time period.

Gamble:  Right. Another topic I wanted to discuss is the patient care app, which won a Webby Award. That’s really exciting. How did it come about?

Perry:  Every time I think about that app, I have a huge smile on my face. I’m so proud of what we were able to accomplish. It’s pretty interesting how it all started. Dr. James Downing, our CEO, is very interested in getting ideas from people that are on the front lines to better understand those challenges. During a town hall session, one of our chaplains raised his hand and said, ‘Wouldn’t it be great if we were able to show what St. Jude is all about to our patients before they get here through the use of digital technology?’

That got a team us thinking. We did some design sessions of how might we re-imagine this, and that led us down a different path where we initially selected a commercial-driven product. But as it turned out, that didn’t align with what we imagined, and so we moved away from that. We partnered with Apple and World Wide Technology (WWT) and started to design the product that ultimately transitioned to Our St. Jude. It was a culmination of a lot of people’s time and energy. The premise was to share a lot of information with our patients when they became new St. Jude families. It’s an extremely stressful time, so we’re providing them with information on things like what a day in the life will look like, where they’ll be staying, how to get here, what do you do when you’re here, what’s your clinical schedule, and what some events happening on campus. We wanted to find a way to bring that together; that’s what culminated in our first release, and ultimately led to winning the Webby award.

Gamble:  You mentioned that you had selected a commercial product but it just wasn’t aligning with St. Jude’s vision. I imagine that was a difficult decision because you want to move forward, but only if the pieces are in place.

Perry:  You’re exactly right. When you’re marching down a path and you want it to work so you can realize that vision, it’s very hard to be able to say, ‘we’re not going to get there.’ And so you keep trying for a period time. I remember at one point basically saying, ‘This is not going to work.’ On the one hand, it can be freeing, but on the other hand, it puts added pressure because you have to deliver. You don’t want to go back to leadership and say, ‘This isn’t working out.  I need another six months to get something up and running.’ So it’s pretty stressful.

Gamble:  When you meet with WWT and Apple, what was your approach in making sure the app was going to align with St. Jude’s goals?

Perry:  We sat down with them and shared our vision. We already had mockups, but they weren’t app quality. And so they took those mockups and came back with colored palettes and screen flow, and used a shared calendar, which we hadn’t thought of before. We agreed to that before we started coding anything; before they started helping us with the development effort. I think that was a very useful process to go through because at the end of it, they knew what we were sprinting toward, and we had validation that what we were aiming to achieve was realistic in terms of the development effort.

Gamble:  What were some of the pain points or challenges in getting this up and running?

Perry:  Time was always a challenge because the minute you make that switch, the pressure is really on. And so, having that constant focus and not being distracted with other things that come up through the course of the day, the week, or the month — that was a challenge. It’s also getting through the identity components. By that, I mean we wanted something that integrated with our medical record, but it needed to be broader in dealing with custodial issues for our patients. We had to find a way to validate that the person trying to access the data has rights to that patient’s information, because we’re dealing with pediatrics. I think that was probably the biggest hurdle we had to get over.

Gamble:  It sounds like a big piece of it was being able to pull data from the right sources, which requires some collaboration among departments.

And the integration was very important with having to fix some of the data issues. For example, we don’t expose our housing system data to our patients. We just have never done that before, but now we wanted to. And so we worked through those quality issues when you’re exposing it to something outside of the normal operations in how housing was using the applications. We were able to work through all of those integration challenges.