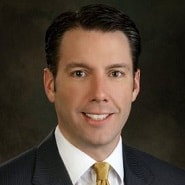 In the movies, no one ever seems to exit a job gracefully. The scene often includes fists being slammed onto desks, doors being slammed, and a lot of yelling.

In real life, it’s far less dramatic. For most (if not all) senior leaders, the decision to leave a position is one that’s been carefully considered, and is based on a desire to pursue a different objective.

In real life, it’s also far more complicated. There’s no script. There’s no one cueing you on when is the right time to resign, how you’re going to feel when it happens, and how to go about landing that dream job. 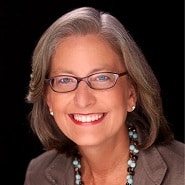 There are, however, individuals who have been through it; who have done the soul searching and has the difficult conversations, and are willing to share their experiences. A few weeks ago, healthsystemCIO hosted a discussion with three prominent CIOs — Julie Bonello, Michael Elley, and Aaron Miri — as part of our CIO Leadership and Career Development Webinar Series, delving into myriad issues, including the importance of transparency, common red flags to look for, and how to effectively work with recruiters.

According to the panelists, the process starts long before you even reach out to a recruiter, or browse job openings. It starts with asking yourself, ‘am I satisfied in my current role?’ For Elley, CIO at Baptist Health, it’s actually a series of questions. “Am I excited about what I’m working on, what we’re doing, and what we’re achieving? Are we driving toward change and innovation, or are we staying stagnant? What are we doing to evolve the way we care for patients, and meet consumers where they are? That’s what I’m passionate about, and as long as I’m doing that, I’m satisfied.”

Bonello, who recently took on the CIO role at Presbyterian Health Services, believes the key is feeling that you’re getting “significant value and joy” from your work, and cultivating a healthy environment.

When that’s no longer the case, perhaps it’s time to look around. But it’s critical to ensure it isn’t just a temporary frustration, and is indeed a situation that isn’t going to change, said Miri, CIO at Dell Medical School and UT Health Austin. “Just because you’re frustrated one day, it doesn’t mean it will continue. It’s important to look at the big picture: what are you trying to achieve and what are you trying to change?” If you are truly unhappy, perhaps it is time to move on.

The big question, of course, is how. Below are some of the best practices offered by the panelists.

And finally, trust your instincts. If your gut tells you that moving forward is the right decision for you and your family, listen to them. “It’s hardly ever wrong.”