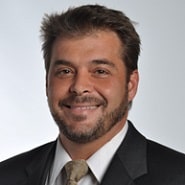 It starts with people.

In today’s healthcare IT landscape, where technology is rapidly advancing and organizations are spending big money to be able to meet growing consumer expectations while providing high quality care, the most important investment that can be made isn’t an expensive EHR or accounting system, but the individuals who implement and utilize it.

What often happens, however, is that so much focus is placed on meeting requirements and achieving ROI that the people are often lost in the shuffle. And as many organizations have learned, as employee satisfaction declines, so does production.

So what’s the secret? There’s no silver bullet, but there are steps CIOs and other leaders can take to improve morale, which can benefit the entire organization, while also helping to further talent development. It was the underlying theme of two sessions focused on Strategy and Leadership. The first, “Transforming IT: The Halifax Health Journey to Clinical Efficiency,” was led by CIO Tom Stafford, while the second, “Skating to Where the Puck is Going to Be – Unlocking the IT Talent Puzzle,” featured Sarah Richardson, CA Market CIO at HealthCare Partners, A DaVita Medical Group, and Robin Sarkar, CIO at Spectrum Health Lakeland.

When Stafford arrived at Halifax in 2012, the picture was bleak. The clinical IT department had a 30 percent turnover rate, and those who stayed were overworked and overburdened. Something needed to change, and quickly, so Stafford and his team established four core objectives for IT that focused on improving customer service, maintaining stability, enhancing operations and strategic objectives, and safeguarding data.

The key to driving these initiatives, he said, was in getting in peoples’ faces — literally. Stafford implemented a plan in which IT rounded with clinical staff twice a week, which immediately helped to put a face to IT. “Everything changes when you start talking to people, in person,” he noted.

The infrastructure also needed revamping, but instead of throwing money at the problem, it would done in a smarter, more efficient way. Stafford worked out a deal with the capital committee that would enable IT to “refresh at the proper rate,” he said. “This way, we’re not buying the latest and greatest tools, but we’re also not keeping something around so long that it becomes a dinosaur.” Through this arrangement, IT was able to build trust among executive leadership, while also freeing up time for the staff to “tinker around” and work on improving the quality of service as well as system speed.

As a result, the organization has been able to incorporate innovation into its strategic plan and improve clinical efficiency, while also dramatically improving staff satisfaction and retention. “We couldn’t have accomplished it without having stability in the workforce,” Stafford said.

For Richardson and Sarkar, both of whom are with organizations that are undergoing major change (HCP is being acquired by Optum while Lakeland recently merged with Spectrum Health), improving morale has been a key priority. In Sarkar’s case it has been particularly challenging, as Spectrum Health Lakeland has had to consolidate several leadership roles. But instead of dwelling on the negative, he has emphasized the positive. For example, in place of the CMIO position, Sarkar appointed seven clinical connect IT consultants, giving physicians an opportunity to build their skills.

He has also made it a priority to foster innovation by encouraging staff to present their ideas (including a virtual reality concept that was piloting among oncology patients), and enabling them to manage their own paid time off and plan team-building activities.

“We use every lever we can,” said Sarkar, who is a big proponent of communicating positive stories to help change the “horror story” narrative that often follows IT. “We have amazing stories, and we need to tell them.” 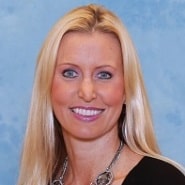 Richardson has also been a strong believer in the power of peer mentoring, as well as holding one-on-one meetings whenever possible. Through conversations with colleagues, staff members can determine their level of satisfaction with their current role, and learn what other positions or responsibilities might help expand their skillset.

And that means having the pulse of your team, and knowing when it’s time to intervene. While the organization was going through a rough patch, Richardson called a town meeting and handed out duck calls to her staff, after relating a story about how geese flock together and keep each other motivated by honking at each other.

“It’s a show of unity,” she noted. “And while it may sound funny, it has helped build a culture.”