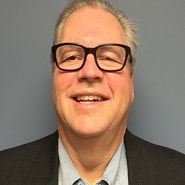 When it comes to partnering with vendors, there’s one thing a CIO needs to keep in mind: if it isn’t working, you must be willing to walk away. Skip Rollins has done just that, but he’s also been involved with co-development projects that have been very successful for both parties. The key, he says, is putting trust in each other. In this interview, the CIO of Freeman Health System talks about the pros and cons of partnerships, along with the major decision his team faces in selecting a core EHR vendor, one that he believes can’t be made in a vacuum, and can’t be rushed.

Rollins also opens up about his past experience in consulting and why he decided to return to the CIO world, how his organization is dealing with recruiting challenges, and why he believes continuous learning is a critical component of the health IT leader’s role.

Pulling that workload off the people that work in that particular office and having a large part of the information they were gathering in a manual way done in an automated way has been a win for us, because it just makes us more efficient.

There has to be a lot of trust on both sides to do it, because it’s a leap of faith for both of us — for them, it’s trusting that we will provide the resources and we have the skill sets necessary to do that. And for us, we’re making a commitment to a product that’s not really there yet.

Gamble:  Did it start with a pilot or a smaller scale, and then grow from there?

Rollins:  We did an initial pilot of a smaller group of folks we work with to make sure that we had the processes all worked out and make sure the software did everything we wanted it to do, and then we began to expand it pretty rapidly once we proved that it worked. It’s now up and running, and we’re very happy with the result. We’re not getting negative feedback from our users about taking too long to do things now. So, from an IT perspective, it’s been very successful. But from a patient-care perspective, it’s been great, because we are getting the right people in contact with the patients more efficiently.

Gamble:  Right. It’s one of those wins that’s really nice to have.

Rollins:  Absolutely. It was one where after you finish it, you wonder why you didn’t do it sooner but it was successful. The TeleTracking folks have been great. They worked with us, they understood our processes, and we as an organization have been able to adapt to some new workflows that made sense for all of us, and it’s turned out really well.

Gamble:  Okay. And as far as the community access portal, this was also with TeleTracking?

Gamble:  And it was focused on improving the referral process, which I’m sure is pretty significant for an organization like Freeman.

Rollins:  Yes. As we spoke about earlier, we absorb a lot of patients from Freeman-owned practices as well as physicians that refer to us, both from the community and the entire four-state area. The Community Access Portal has allowed them to get out of having to make a lot of phone calls. Usually they have to call our scheduling office and be on the phone with them while they get work to get a room for the patient. Now they can do most of that work themselves. They can follow the progress of the patient and see what room they’re in, and they can print their rounding list before they leave the office if they want.

That has really taken a lot of burden off our scheduling office, because we generally get about 500 to 600 patients that get referred in on a monthly basis. Pulling that workload off the people that work in that particular office and having a large part of the information they were gathering in a manual way done in an automated way has, again, been a win for us, because it just makes us more efficient.

Gamble:  Right, and those are both using a cloud-based technology?

Rollins:  They are, yes.

Gamble:  Is that something you’ve done a lot of to this point?

Rollins:  We have begun to accelerate our pace of things that we’re putting in the cloud. When I first came to Joplin, we didn’t have multiple internet providers, and it made us a little reluctant to do things are around patient care in the cloud. Our local utility district was purchased by a larger company, and when they did, they gave us access to their infrastructure. That allowed Joplin to have multiple internet providers, which made us feel much more comfortable. And so we began to execute on them.

We have quite a number of things now that are cloud-based. Outside of the TeleTracking, our nurse scheduling application is all done in the cloud. Some of our surgery analytics are done in the cloud, and we’re also doing some analytics around our emergency department that’s all done into cloud. We’ve begun to be much more aggressive about doing things that way, because the startup time is shorter, the cost is better, and we feel like you get more value for your dollars quicker.

Gamble:  I would imagine having more reliable service was key in that.

Rollins:  It absolutely is. It was really the pivot point for us when we got that. It allowed us to have the confidence to really start to use it.

Gamble:  Right, and when you were sitting down with stakeholders, is that something where there was some trepidation as far as going into the cloud?

Rollins:  Yes, there’s always hesitation when you give up control, and so selling the concept of the soundness of the solution, the security of the solution, the reliability of it was something that we spent some time doing with our leadership team. But they’ve always been very supportive of what we do in IT. And again, we started out on a small scale, and once we gained confidence, we ramped it up and have done a lot more.

Gamble:  And do you plan to continue down that road with other initiatives?

Rollins:  Absolutely. We continue to see more attractive offerings in the cloud. You see companies like Workday and others that are offering these huge, robust portfolios of applications that all integrate together via the cloud, and that continues to make it more and more attractive.

Gamble:  Right. Now in terms of working with TeleTracking, can you talk about that experience in partnering with a vendor and how you approached it to make sure both parties were getting what they need out of it?

Rollins:  From my perspective, it was something that just made sense for both of us. When I came here, we started looking at some partnerships. And we talked about it, but we didn’t really find what we felt was a good opportunity to partner with a vendor until we sat down with TeleTracking and talked about scheduling. They were at a place as a company where they were looking for an organization that was willing to give the resources to help them with development. We really wanted to change the way we were doing scheduling, so it fit together. For us, it was like so many things you run into, where both organizations were in the right place at the right time, and it seemed like it made sense.

Since we did that, we’ve partnered with several other vendors and done some co-development processes, and we’ve had very good results from them. It can be slower, and you have to be willing to deal with the growth and the pains around growth with new applications, but in the end, you collaborate. And honestly, you get to have a lot of influence on the application and what it looks like when it goes to market, and for us, that was very important. For a community health system our size to be able to work with a company like TeleTracking and have influence on what their applications look like is an honor, because we felt like we were helping them build that system. But selfishly, it give us a better toolkit at a discount because we’re willing to do the work, and it allows us to have influence on what it does. So we’re very pleased with it.

We’ve got at least three going right now, and all of them are heading down the same track where we are doing a lot of work on our side, helping with the development process, troubleshooting, and testing. And in the end, we’ll end up with applications that we probably couldn’t afford to purchase had we not gone through the co-development path.

Gamble:  Right. I’m sure if you’re going down this path, it’s important to have that good relationship, and then you can build that confidence and get a little bit more comfortable with something that can be a bit risky.

Rollins:  Absolutely. There has to be a lot of trust on both sides to do it, because it’s a leap of faith for both of us — for them, it’s trusting that we will provide the resources and we have the skill sets necessary to do that. And for us, we’re making a commitment to a product that’s not really there yet, and so that’s a big leap of faith for us.

Gamble:  And would you say that you have to be willing to walk away if things aren’t going well?

Rollins:  You absolutely have to, and we’ve done that. One of the times we tried to partner with a vendor, we quickly realized that what we needed in the way of technology was beyond their reach. I firmly believed they, as a company, will get there, but they weren’t there when we started doing the project. We mutually agreed that the timing wasn’t right, and we walked away.

I think it’s important for people to realize that if you get into a co-development relationship with someone, you have to be willing to walk away. And that goes for both sides — for them seeing us as a partner or us seeing them as a partner, our expectations may not be aligned with what theirs are, and you might find out it’s not really as good a partnership as it sounded like.

Gamble:  Right, very interesting. And is Influence Health one of the companies you’re currently working with?

Rollins:  It’s not a co-development relationship with Influence Health. They’re certainly one of the companies that we do business with. We’re installing their patient portal and we’re getting very close to going live with it. It’s been a long experience for us because we’ve asked them to do a lot of things that the product wasn’t doing. So I wouldn’t call it a co-development agreement, but we certainly have helped them evolve their product to be a little bit more robust with some of the things we were looking for in a portal. They’ve been great to work with. I’ve been to their corporate headquarters and worked with them and talked with them, and they’ve been a great company.

Gamble:  Right, and you said that’s on the way, but not quite live yet?

Rollins:  It’s not quite live. We literally are within weeks now of going live. We’ve really learned a lot about CCDs and the lack of standardization. We’ve had to deal with that throughout that project, and they have as well as. We’ve continued to test it, but all of our testing looks great, and we’re about to go through our acceptance testing and go live in the very near future.