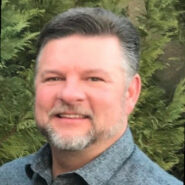 When it comes to network-connected devices, the old adage, ‘what you don’t know, can’t hurt you’ doesn’t apply. In fact, it couldn’t be further from the truth. And yet, for many healthcare organizations, the reality is that blind spots are everywhere.

According to Tamer Baker, VP of Global Healthcare with Forescout Technologies, most health systems vastly underestimate the number of devices that find their way onto the network. “It’s not a small gap between what they think they have versus what we’ve discovered,” he noted during a webinar. “It’s significant.”

University of Tennessee Medical Center was one of those organizations, admitted CISO John Jeffries. “It was eye-opening. We don’t know which devices are on there,” which means they didn’t know whether PHI was being shared. “With a large organization, it’s really hard to keep your finger on the pulse all the time.”

Recently, Baker and Jeffries discussed strategies for securing network-connected devices, along with Steve Dunkle, CISO at Geisinger Health System. It’s a task that is becoming increasingly difficult given the proliferation of digital tools in healthcare.

“There are some amazing things being done with these devices,” said Dunkle. “I’m awe struck by the capabilities they offer for providers and patients.” The problem, of course, is they can be connected a multitude of different ways, which “opens the door from a security perspective.”

Discovery, however, is only part of the remediation process. Not only do IT and security leaders need to know what devices are connected to the network – and how they’re connected; that information needs to be actionable and continuous, stated Baker.

That’s where organizations like Forescout can play a role, by offering numerous methods to track activity. “Discovery alone isn’t enough,” said Baker. Neither is simply adding another widget or dashboard. “It has to be actionable. And even more importantly, it has to be automated,” particularly in environments with multiple vendor solutions. It also has to be continuous, “because if you’re doing snapshots, the moment that snapshot is done, the network has already changed.”

It may seem like a daunting task, but it can be done if the appropriate steps are taken, according to the panelists, who shared the following best practices.

Dunkle agreed, noting that although there are “solid threat detection tools specific to IoMT,” it’s critical to employ a more holistic strategy. “We’re taking an enterprise approach with threat detection,” he said, which enables them to detect lateral movement.

Without support from executive leadership and the board, however, none of this is possible, said Jeffries. At UT Medical Center, his team has found that providing real-life examples of breaches can help secure the funding needed to properly vet new solutions. That way, “they understand the reason behind it.”

Although it took some time to build buy-in, security reviews have become part of the workflow, which has made a tremendous difference. “It has helped change our culture,” he said. “We don’t get as much resistance now as we used to.” That, coupled with regular communication (through weekly emails) and collaboration among departments, has helped build solid relationships.

With that support, however, comes added pressure to keep data safe, noted Dunkle. “In some ways, it has raised the stress level a bit. We still have to move fast to facilitate innovative efforts. It’s our job to figure out how to do this.”

Finally, it can’t be overstated that the objective behind any security initiative is to ensure patient safety. “We often carry the torch that this isn’t about just an information breach or a potential delay of a service,” Dunkle said. “This is a patient safety concern. We have to be looking at these technologies, and doing it continuously.”

To view the archive of this webinar — Securing the Network-Connected Devices Fueling Your Digital Transformation (Sponsored by Forescout) — please click here.