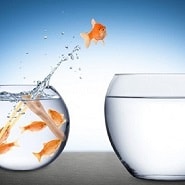 With merger and acquisition activity nearing historic levels, it should come as no surprise that a significant percentage of healthcare IT executives are considering a job change in the near future. In fact, a recent healthsystemCIO survey found that 61 percent of respondents are at least somewhat open to the idea.

What may be surprising is that salary wasn’t the key driver. According to the results, strategic direction (39 percent) was the top reason for contemplating a career transition, followed by culture (28 percent), and geographic location (17 percent). “Organizational culture is so important for job satisfaction,” noted one respondent, while another said “the combination of culture, location, and vision” offered by an outside organization prompted an unexpected career move.

For many, this type of thinking represents an enormous shift in priorities. “Twenty years ago, my choice would have been more salary driven,” said one leader. “Now, it is important that I work in an organization that values me and my expertise, and has a high degree of integrity.”

Identifying that role, however, isn’t easy, for myriad reasons. Nearly 40 percent say finding the right position — one that’s commensurate with their experience — is the biggest roadblock, while 22 percent cited a lack of communication or transparency with recruiters as a key factor. “Most openly posted positions get little or no feedback after application other than the standard rejection verbiage,” one respondent stated.

Another pointed to the significant time commitment required to find a strong match, and another noted the difficulty of “putting oneself out there and keeping it confidential.”

When it comes to interviewing for and attending desired roles, half of those who completed the survey believe all applicants have a fair shot; still, many have doubts. “Unfortunately, a lot depends on who you know,” said one respondent, adding that an individual’s personality, capabilities, and values are “sometimes hard to relay in an hour-long interview.” Another noted that in a “small world” like healthcare IT, perception can easily become reality.

Other hurdles cited include having to compete with well-liked internal candidates, and limited experience in certain areas. While the latter might make sense in some cases, it also “reinforces the status quo,” according to one response.

So what will it take to resolve these issues? Some believe it’s as simple as offering more visibility to open positions and finding better ways to vet opportunities, while others feel a bigger change is needed, with one respondent suggesting that “search firms should be eliminated.”

For many, though, recruiting with recruiters has been a worthwhile experience, particularly in an industry like healthcare, where leadership requirements are constantly evolving, and where an organization’s strategic direction can pivot at any time.

As one respondent said, “Status can change quickly,” and those who want to remain in – or rise to – leadership roles must be ready.