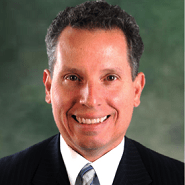 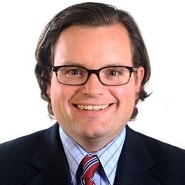 When a group of CIOs gathered at the 2018 Scottsdale Institute Annual Conference to talk about their organizations’ top IT-related priorities, several common themes emerged. This came as no surprise to Peter Smith and Andrew Smith, co-founders of Impact Advisors, who led the discussion and published the results in a recent whitepaper. Perhaps the most important of those themes is the importance of having a strong foundation in place before diving fully into analytics and digital health tools, the authors noted.

In this interview, we spoke with Peter and Andrew about some of the most interesting insights garnered from the discussion, including the “radically different approaches” to innovation, how leaders are looking to support growth, the need for CIOs to take on more of a business leader role, and the catch-22 many find themselves dealing with.

Many of these CIOs would love to get rid of the IT budget. It’s not an IT budget; it’s an organizational budget that just happens to what you’re spending on IT.

It’s going to happen through new and different partnerships in the retail space, and through joint ventures with competitors. That’s where the innovation is happening — around the search for ways to grow and partner more creatively.

I believe it has the opportunity to transform a lot of the fundamental development, the application development, securing of applications, and facilitating interoperability, but it’s not something you’re going to adopt programmatically for your entire organization.

‘You have to get your foundation right first. You’ve got to have standards in place before you can really reap the benefits of analytics and patient digital experience.’

I think you’re going to see a lot of really strategic approaches to the marketplace, especially in labor-constrained, talent-constrained environments. It’s going to be very interesting to watch.

Gamble:  Can you talk about some of the findings from the report, particularly in terms of budgeting?

Peter Smith:  One thing we found is that CIOs are very interested in the discussion around how to get themselves out of the middle of that contention — the pull between leveraging technology while cutting costs. If you have business and clinical leaders who are demanding more technology, that’s great. Those are business decisions, and they felt they were involved in the adjudication around, ‘is there a value to spending that money?’ And really, these initiatives should be led by business and clinical rather than IT. Our panelists want to get out of the business of being the driver for IT utilization and becomes the executors of it. And along those same lines, many of these CIOs would love to get rid of the IT budget. It’s not an IT budget; it’s an organizational budget that just happens to what you’re spending on IT.

Gamble:  That’s definitely in line with what we’re hearing about an organizational strategy rather than a departmental strategy. Another priority identified in the survey was innovation — more specifically, putting in the structure and governance to be able to achieve outcomes. Is that what you gleaned from it?

Peter Smith:  Absolutely. The interesting thing I took from the discussion is that there are so many different forms and definitions and approaches people are using. It could be a cultural approach to encouraging people to think outside the box, or it could be very structured in terms of creating an environment with opportunities to assist with tech transfer and innovation and invention development. Organizations can be radically different in terms of how they think about innovation and where they exist on the maturity curve.

Andy Smith:  Right. And this leads into another theme, which was support for growth. There’s a mounting acceptance that growth isn’t necessarily going to happen as it did before, which by adding hospital beds, and it may not even happen through employing or aggregating physician practices. It’s going to happen through new and different partnerships in the retail space, and through joint ventures with competitors. That’s where the innovation is happening — around the search for ways to grow and partner more creatively.

Gamble:  That speaks to the evolution we’re seeing in terms of CIOs assuming a seat at the table and taking the lead in partnerships with other organizations. It adds a new dynamic to the role.

Andy Smith:  Agreed. But it’s important to note that while sometimes it’s being led by the CIO and the IT department, many times it’s not. That can be threatening, but it can also be a potentially great opportunity to gain operational experience and get that inside view.

Gamble:  One think I didn’t see mentioned too much is blockchain. Do you think leaders view it as something that fits in with other priorities?

Peter Smith:  When you talk about something like blockchain, it’s an innovation, a piece of technology, and a process. I think most of these leaders view blockchain as something that will be important to the industry, but is not necessarily a strategy onto itself to pursue. I believe we’ll see more and more utilization as vendors start to use blockchain technology for security, usability, and liability, but it’s not something that where they’re saying, ‘We need a strategy to convert all of our applications to blockchain platforms.’

And so, it’s an important part of technology but not necessarily a strategy unto itself. That’s the view held by many of the health IT leaders we’ve spoken with. I will say that I believe it has the opportunity to transform a lot of the fundamental development, the application development, securing of applications, and facilitating interoperability, but it’s not something you’re going to adopt programmatically for your entire organization.

Gamble:  Overall, were the themes during the roundtable discussion similar to what Impact Advisors is finding in your conversations with CIOs?

Andy Smith:  I would say it’s very consistent with what our perspectives were going in. I didn’t see any surprises in the top five. Certainly growth and efficiency are big priorities, and innovation and digital will play a critical care in how the next generation of care is delivered. So I would say it’s in line with what we’re hearing.

Peter Smith:  There was so much consistency across organizations that people came to their top five relatively quickly, and that gave us confidence that these really are the key issues leaders face. And they all centered on a few themes. It was interesting to see that homogeneity.

Gamble:  That’s encouraging to see. Was there anything else that stood out to you as being particularly interesting?

Peter Smith:  We had some interesting discussions as to where leaders are on the journey toward standard enterprise systems. The CIOs we spoke with were either already there, on their way, or pursuing independent strategies. And what came up during that conversations was, ‘You have to get your foundation right first. You’ve got to have standards in place before you can really reap the benefits of analytics and patient digital experience.’

There was some discussion on blocking and tackling, as well as — quite honestly — a little bit of envy from folks who are still in the thick of it or not yet on the journey, and an understanding that organizations who are already past that can now focus on the tools that sit on top of those enterprise standard platforms. That was another component. There was some interesting conversation around those preparatory conditions that have to exist to take advantage of the five priorities.

Gamble:  Right. One last thing I wanted to bring up is workforce management and development, which seems to be falling a bit more under the CIO purview than it has before. Do you think this is largely because there’s so much competition for talent, particularly in areas like cybersecurity and AI?

Peter Smith:  Absolutely. Even outside of the healthcare industry, there’s so much competition right now. Some of our clients in major markets are really struggling to get talent internally. It’s a huge issue.

Gamble:  Is this an area where CIOs and other health IT leaders can increasingly start to take the reins to develop talent in-house?

Peter Smith:  I would say it’s an opportunity for innovation in a different way. It’s looking at how you view your talent and thinking about things like going to distributed and virtual work environments, or looking to outsource in certain areas. I think you’re going to see a lot of really strategic approaches to the marketplace, especially in labor-constrained, talent-constrained environments. It’s going to be very interesting to watch.

Gamble:  In terms of your own organization, what are you focused on going forward?

Andy Smith:  Our goal is to make sure we’re supporting what our clients need strategically, and so it’s great to get feedback at events like the Scottsdale Conference as we start to build service lines and solutions. We kind that we want to be two years ahead of our clients. And so this is great insight as to where CIOs believe things are headed in the next few years, and how we can best support them.

Gamble:  Great. I want to thank you both for sharing your insights. I hope we can connect again in the future.

Peter Smith:  Thank you, Kate. We appreciate it.