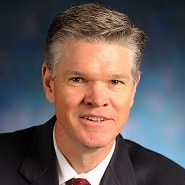 Since the HITECH Act was signed into law on February 17, 2009, what was encouragement to adopt electronic health records has become a mandate. The Office of the National Coordinator for Health Information Technology (ONC), initially a position created by Executive Order in 2004, was written into legislation within the HITECH Act and was inexorably harnessed to the timelines and regulatory requirements of the legislation.

I realize this is a retrospective commentary and likely deserves the respect due to hindsight and Monday morning quarterbacks, but I think it is important in the present milieu of healthcare to recognize missteps and not repeat them. As George Santayana said, “Those who cannot remember the past are condemned to repeat it.”

Over a decade ago, it was recognized in the health IT literature that interoperability was fundamental to the success and adoption of electronic health records. A 2006 article in Health Affairs in 2006 stated the following:

“The U.S. could gain ground, the authors say, by avoiding the problems that have plagued other nations’ efforts. For example, lack of interoperability among various providers’ HIT systems has presented difficulties in many countries. In addition to creating standards to ensure interoperability, many governments have made public subsidies contingent upon interconnectivity.”

Despite these insightful comments and others supporting this approach, Meaningful Use requirements and EHR certification through the Certification Commission for Healthcare Information Technology (CCHIT) — despite interoperability being a part of their mission statement — did not include functional and robust measures of interoperability in their requirements. The ONC, we are now being informed, apparently decided that interoperability could not be developed in a committee but had to be done in the real world, after the adoption of myriad disparate record systems. If that was the case, it would have been nice for the ONC to tell the rest of us at that time.

Unfortunately, the approach of driving adoption of disparate electronic platforms with minimal, if any, interoperability, because the timelines were set and the money was a “use it or lose it” proposition (according to some who worked in the ONC during the period Meaningful Use was implemented) has resulted in a morass. Furthermore, it has exhausted the change capacity of physicians, other providers, and their staff.  For physicians who have been actively practicing during this difficult time period, the thought that the ONC knew it was going to be messy after we adopted all these records, because it would be challenging to get them to talk to one another, is galling.

Some leading voices in healthcare IT state that the developers of EHRs did not have an incentive to share data and suggest that there was not a way in 2009 to move them in the direction of real interoperability. I would contend that an interoperable system was possible, with appropriate incentives, and I would be supported in that contention by others who expressed this sentiment (as documented in a 2005 Health Affairs article):

“A highly effective configuration — interoperable EHRs — might not be adopted without proper government intervention, because some entities have no economic interest in having it happen.”

“Proper government intervention” would have meant requiring robust interoperability and exchange of data through certification requirements, and Meaningful Use and could have moved the developers of EHRs. Those with the business acumen to differentiate the front-end of their product; the user interface and support aspects; would manage to survive the dedifferentiation of the back-end; the data output and data structuring standards. Those less capable companies would have had their appropriate and timely death, rather than being propped up by the passing through of Meaningful Use dollars from the healthcare providers to the purveyors of these inadequate products.

To think that these companies with their bright coders and developers would not evolve beyond initially required data standards and invent things such as FHIR (Fast Healthcare Interoperability Resources) is to deny the nature of human beings. The quest for a better way of doing things is ingrained in humans, necessity not being the only natural mother of invention.

The United States and its legislated entities and processes have squandered billions of dollars to achieve a disconnected system of EHRs, in many ways less capable of sharing information than the old paper charts which at least, when copied and printed out, remained in their original, intended, and familiar format, instead of becoming reams of undecipherable, disconnected fragments of data. In fact, physicians are less likely to review prior records from the EHRs of other sources because of the difficulty of wading through the voluminous printouts and deciphering them. This is a potential source of error and patient harm.  So what can be done?  Again, going back to the 2006 Health Affairs article referenced earlier:

“Other countries also recognized early on the importance of involving physicians. England and Australia, for instance, identified early adopters and used them to convince their colleagues of the value of HIT.”

We need to go back to the providers of care and engage them in righting the ship. Workflows need to be designed by the end users — both physicians and other care providers and staff, then the software written to support the rational and intuitive workflows. Depleted change capacity can only be replenished by engagement and empowerment, replacing bypassing and coercion. Interoperability cannot be something for later. It must be required and built in now.  While I will not take up space with quotes from the Rand Study and the American Medical Association’s recent study, we are all familiar with the findings that physicians spend over half their lengthening workdays entering data, finding much of what they are required to document meaningless, and name the EHR as a top cause of professional dissatisfaction. Fulfillment in our careers requires that what we do is seen to have a purpose, and, in the case of physicians, benefit the patients we care for. The current state of EHRs and Meaningful Use, as now a component of MACRA, are anything but fulfilling and beneficial.

So, back to my title question. What was shared when information could not be through the currently imposed EHRs that eat up time and do not contribute to patient care in proportion to the effort and expense expended? Physician ennui and burnout!

Currently working as a freelance consultant, David Bensema, MD, was previously both CIO and CMIO at Baptist Health Kentucky, where he led the implementation of an enterprise-wide EHR system. Bensema has served in various physician leadership roles and has a strong passion for advancing healthcare IT to improve patient care.