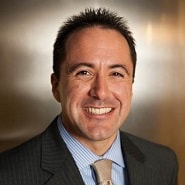 In my last post, I talked about how empathy can improve staff engagement and satisfaction by helping leaders understand the challenges facing clinicians. This piece will talk about the importance of remaining calm under fire, having patience, and growing the next generation of healthcare leaders.

Some of my most vivid memories came from rounding a pediatric clinical unit. I distinctly recall the day I was touring a cardiac intensive care unit — there were some very sick babies being tended to by the clinicians as if they were their own children. If you’ve ever been to a CICU, you’ll often notice that besides the whirring of the machines and the beeping of the devices, it’s usually a quiet and peaceful place.

During this tour, that peace was shattered when a bedside monitor suddenly lit up, alerting that a child was coding on the table. I still to this day have no idea where they came from, but in what felt like a half a second, a dozen or more nurses and doctors surrounded the child and began resuscitation. The calm, yet determined, look on every one of their faces was amazing. They knew their job, they knew time was precious, and they were not going to give up. They brought that baby back from what appeared to be a very bad outcome, and I attribute it to their mentality and fortitude of never giving up.

In the same way that clinical outcomes can go from good to bad almost instantly, so too can technology. Have you ever really looked under the covers of what makes up an electronic medical record? If you haven’t, I encourage you to do. It’s amazing that something so important can be so challenging to maintain, given how intricate they are. You have thousands of people, patients, medical devices, interfaces, ancillary systems, FTP jobs, print jobs, end points, virtualization technologies, security tools, and others all interfacing with the central nervous system, which is the EMR. When “stuff” hits the fan, you have to have your game face on, remain in that same steadfast and determined mentality, and drive forward to recover.

Another valuable concept I picked up along the journey has been something that, admittedly, I am still working on: having patience. The Stephen Covey philosophy of “seek first to understand, then be understood,” really does apply very aptly to the healthcare arena. It’s easy for technology leaders to look at a past decision and say, “Well, that was dumb.” What I’ve had many mentors tell me along the journey, which still resonates with me today, is that there was a logical reason at the time for the decision that was made. And so, listening and actually understanding the ‘why’ of a circumstance can help overcome a lot more hurdles than trying to solve a half-understood problem statement.

I would be remiss if I didn’t mention one more of my favorite lessons, which is the power of having a good mentor. In healthcare, it’s important not to just a technology or business mentor. Those are obviously good to have, but what I’m talking about are clinical mentors. In my case, I have several physicians and nurses who I can approach with any wacky technology idea, or just to vent, and they’ll either call me crazy or help steer my ideas. Some of the most successful healthcare CIOs I know regularly lean on each other and partner clinicians to help guide their decisions. It’s amazing the power of a clinical champion, especially if you aren’t an MD or an RN.

Last, but certainly not least, is the importance of taking care of the next generation of healthcare leaders. I’ve met many individuals that are so far removed from the early days of their career that they’ve forgotten what it’s like to be fresh out of college, just wanting someone to give them a shot. I have always been amazed at the ‘go-getter’ mentality of college interns, recent graduates, or anyone who simply has the hunger to succeed.

One way in which I give back is the American College of Healthcare Executives mentorship program, in which healthcare leaders partner up with MBA students to help orient them into the world of leadership. It started for me when I was in my MBA program and was blessed enough to be partnered with a truly top-tier executive who acted as a “phone a friend” for me over the years. I encourage you to find similar mentorship programs through various trade associations, rotary clubs, or whatever you may have near you, and adopt the next generation.

Today, I’m at a point in my journey where I’m working with a team of brilliant technologists who truly get it and are making a positive impact in healthcare. Personally, I’m still learning, and I’m far from thinking I have even the slightest idea of all the issues facing healthcare leaders. However, I do know that if I attack a problem with empathy, calmness, and a respect for the history, and I remember to trust my colleagues, that any issue — no matter how painful — can be overcome.

This is the second in a two-part series written by Aaron Miri, who currently serves as CIO and VP of Government Relations with Imprivata, and has previously held roles on the provider side, including CIO (Walnut Hill Medical Center), CTO (Children’s Medical Center) and IT director. To follow him on Twitter, click here.