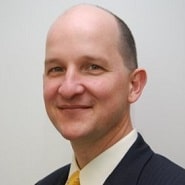 Most healthcare IT leaders know that the key in making any type of initiative successful is to strike the right balance of people, process, and technology. If any of these factors are neglected, it can put the entire project — and even the organization — at risk, especially when it comes to security. And more specifically, protecting network-connected devices, something that’s becoming increasingly difficult as the environment becomes more crowded, and more complex.

What that means is CIOs, CISOs, CTOs and others are tasked with protecting a network when they don’t (and can’t possibly) know everything that’s on there. It is, as Chuck Christian put it, “scary.” At the recent CHIME19 Fall CIO Forum, Christian served on a panel along with Wes Wright (CTO, Imprivata), Cara Babachicos (CIO, South Shore Health System) and Mick Murphy (CTO, WellSpan Health) that explored the IoMT Security Conundrum, and discussed ways in which organizations can keep data safe without disrupting clinical workflow.

Although many of the same principles used with traditional cybersecurity strategies can be applied, there are unique concerns when it comes to the Internet of Medical Things (IoMT), starting with the fact that each device represents a potential point of exposure for patient data.

“They come with operating systems embedded in them,” said Wright, which marks a significant change for IT departments that had been accustomed to managing software, rather than inheriting it. And the list of devices that fall into the IoMT category is impressive, from Apple Watches to biomedical devices to refrigerators.

“If you look at pacemakers and infusion pumps, we’re programming those and putting in patient information every day,” noted Christian. “We can’t protect them when there are attack vectors on our network. That’s what bothers me.”

But because there’s also a tremendous upside in being able to capture vital signs, identify trends, and make critical decisions without a patient always having to be physically present, leaders have to find a way to secure the data.

Below are some of the best practices that were shared during the panel discussion:

Finally, don’t lose sight of the end goal: leveraging technology to transform the patient experience and improve care. “Because of IoT, we now have the ability to move seamlessly from one environment to the next,” said Babachicos. “We can monitor patients, look at the data, and make critical decisions without them leaving their home.”