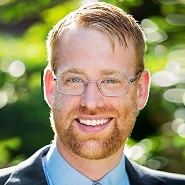 What not to do: A (true) candidate experience horror story

A CIO candidate was interviewing for his dream job. He had been working toward the next-level role and was thrilled for the chance to interview with a prestigious, billion dollar organization for a position that was perfect in scale and scope. The organization flew him in, and he went into the day excited about the opportunity. But when he called us the day after the interviews, he shocked us when he reported, “There is no way I would ever consider working for that organization.”

Despite asking, the candidate hadn’t been provided any type of agenda for his day of interviews, so he went into the day unclear about what to expect. He was shuffled into a small conference room and was told someone would be in to see him shortly. His day entailed a lot of waiting and uncertainty and being moved several times due to meeting spaces being double-booked.

The candidate had been told he would be meeting with the CEO and other key stakeholders for the position, but one by one, these meetings ended up being canceled due to “unavoidable conflicts” or were cut short. He ended up spending less than five minutes with one key executive who was supposed to spend an hour with him, which not only made it difficult to adequately evaluate the opportunity, but also made him feel the organization didn’t respect him, or the multiple days he’d carved out of his busy schedule to travel to their facility. Several of the executives he met with multi-tasked throughout the interviews. With their heads buried in their mobile devices, the candidate found it difficult to forge connections.

The organization had also done nothing to make him feel welcome or help him feel connected to their mission and community. He walked away from the day with an extremely negative impression of the organization and no interest in continuing in the process.

These missteps cost the organization an incredible candidate who could have easily succeeded in the position and thrived in a leadership role.

Unfortunately, we see problems all too often in an organization’s hiring process resulting in a sub-optimal candidate experience.

We’re passionate about placing candidates with the right organization, and so we’re always eager to learn what the experience really looks like for executives applying for healthcare positions. To that end, the Kirby Partners team conducted surveys with leaders who applied for director level positions or above in healthcare. (Note: for the purposes of this study, executives were asked only about their experiences applying directly with the organization, not through an executive search firm.)

Why the disconnect? Unfortunately, most organizations don’t take the time to measure candidate experience ratings. Less than 20 percent of HR leaders reported that they regularly request feedback from job candidates about their experience.

The good news? Almost 60 percent of HR executives said their organization plans to invest more resources in improving the candidate experience in the next year. We’re excited to hear that and look forward to continuing to work with our client organizations to help them optimize the hiring process and attract the best candidates.

This piece was written by Bryan Kirby, VP and Executive Recruiter with Kirby Partners Healthcare and Cybersecurity Executive Search.