“Do you want oatmeal or toast with peanut butter?”

“Not for breakfast,” I replied through gritted teeth. “You can have oatmeal or toast.”

After a long standoff, during which our eyes remained locked, she finally acquiesced, agreeing to have toast. It was a shallow victory, however, because while I won the battle, she will win the war. You see, the only thing Scarlett will eat for dinner is macaroni and cheese. From a box. Every night. 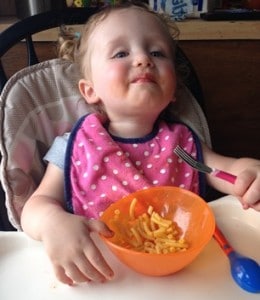 Before I became a parent, if you would’ve told me I’d be feeding my child pasta with neon orange “cheese” on a daily basis, I’d have laughed in your face. My kids were going to eat healthy meals prepared with love, from scratch, by me. “Parents who gave their kids chicken nuggets are just lazy,” my judgmental former self would think. “They can make turkey vegetable meatballs or cook some soup in a crockpot, and have healthy meals for days!”

As I walked the aisles of the grocery store the other day, placing boxes of mac and cheese into my chart, I thought about how detrimental expectations can be. When we’re sure things will go a certain way — and are so convinced of it that we don’t even consider a backup plan — it can make it extremely difficult to move forward.

Through the years, I’ve heard CIOs talk about the adjustment period that comes with accepting a new position. And for some, it seems the biggest challenge doesn’t come when they first arrive at a new organization, but after they’ve started to get to know the staff and understand the culture. A friend of our publication told me a few months ago that he had no idea how much resistance he would encounter at his new organization. And that’s the challenge — realizing that achieving your goals is going to be much more difficult than you anticipated, and that you’re going to have to choose your battles, or perhaps consider a different strategy.

Doing this, however, doesn’t mean you’re admitting defeat. On the contrary, it means you’re moving closer to a victory.

When taking on a new challenge, it’s only natural to have certain expectations. But the reality is that things aren’t going to go exactly the way you planned. You’re going to get thrown a few curveballs (or, in my case, watch your turkey vegetable meatballs get thrown on the floor). What matters is how you react. You can accept defeat, or you can keep trying to make your mark.

Sooner or later, you’re likely to see some results.

For me, it happened last night, when I somehow managed to get Scarlett to eat a (small) handful of peas with her macaroni and cheese. To me, it was no small victory.