Although providers are able to leverage clinical evidence from third-party clinical decision support vendors, improvements with EMR and workflow integration are still needed, according to a new report from KLAS — Clinical Decision Support 2012: Order Sets, Care Plans, Drug Databases. The research addresses the challenges that providers have to stay current with a growing body of clinical evidence and then using it to affect decisions at the point of care.

The study looks at how the three separate types of CDS tools interact with providers’ EMRs, comparing third-party vendors’ performance as well as the contributions of the different EMR solutions. Care plan and order set vendors featured in the report include Elsevier, Wolters Kluwer, and Zynx Health. Drug database vendors include Cerner Multum, First Databank, and Wolters Kluwer Medi-Span. 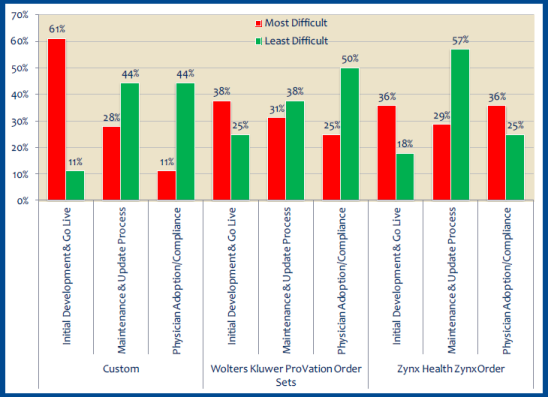