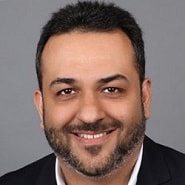 In healthcare, it seems like the only constant is change. Whether it’s patient experience or employee expectations, the pendulum is always going to be swinging. For leaders, it means being willing – and able – to pivot, said Sonney Sapra, SVP and CIO at Samaritan Health Services and Samaritan Health Plan, during a recent interview.

One of the biggest adjustments has been the transition to remote and hybrid work models. With IT talent at an all-time premium, it’s imperative for leaders to find ways to stay connected with their teams, and make sure they feel fulfilled. “They can get a paycheck anywhere; we have to be able to look at what they need in their day-to-day life,” he said.

During the discussion, Sapra talked about his team’s core objectives – which include becoming a data-driven organization and moving to 100 percent virtual; the “leap of faith” that brought him across the country; the culture of “systemness” that permeates throughout the organization; and why he became involved in ACHE’s Executive Diversity Program.

Gamble:  It seems like such an important quality to be able to pivot. We hear that word a lot, but it’s true, right?

Sapra:  Absolutely. I think it’s critical in today’s world to be able to pivot. Honestly, with everything happening with staffing and the great resignation and trying to keep employees happy and let them take care of their personal lives, I don’t think there’s been a greater time — at least that I can remember — and a greater need to be able to adjust to those demands.

Employees have options. We’re losing employees to companies like Amazon, Google, and other competitive tech companies now. It’s not just healthcare; we’re losing them to other industries. And so, we have to create an environment that lets us get to a space where we can adjust to their lifestyles and what they need from a day-to-day basis. I think we’ve been able to pivot pretty successfully to where we’re retaining staff and hopefully keeping them happier. We’re putting a lot of effort into that. Because if the only thing that connects the employee to our organization and the four walls is a paycheck, they can get that anywhere. We have to be able to look at what they need in their day-to-day life.

And so, we’ve looked at schedules of four 10-hour days. Depending on the role, we’ve tried to be as flexible as possible to saying how can we make it work for them so that they feel valued and they feel like they can have their life outside of work as well because that is an important facet to be able to look at.

Gamble:  We hear a lot of leaders now talking about building a high-performing team? What do you think it takes to be able to do that in this environment?

Sapra:  I think we saw the pendulum swing, and we adjusted and pivoted. There’s going to be a point where the pendulum starts to swing the other way a little bit, and we have to be able to adjust to that as well.

I see that one aspect that’s successful. We have these high-performing teams, they are working in an environment where they want to be, but we’re also seeing some burnout in these remote environments. We don’t have time between meetings to be able to go building to building. We’re not working that into our schedules; people are going from one Zoom meeting to another, and they’re not setting time aside like they typically had before. They’re working later hours.

I see this with my wife; she works from home right now as well. We’ll be sitting at dinner and she’ll say, ‘Oh my gosh, I forgot to send something.’ She’ll run over to her office, which is 10 steps away from the dining area, and she’ll come back half an hour later, because while she was there, she saw a bunch of other things that came up and responded to those.

We’re going to have to set standards within IS, which we are doing in our organization. We’re calling them the IS norms. For example, we’re talking about having 45-minute meetings, not hour-long meetings, so that people have 15 minutes to go to the restroom, get a cup of coffee or water, stretch their legs, and prepare for the next meeting. We’re also limiting meetings after 5 p.m. We’re trying to set those norms, but I think we’re going to have to adjust again to get to that true high reliability and high performing teams.

Gamble:  Very interesting. Let’s talk about your decision to come to Samaritan. You mentioned you wanted to return to the Pacific Northwest, but what was it about the organization that appealed to you?

Sapra:  That’s an interesting question. My first call was with our CFO and our CEO. I knew I was going to be very particular about where I went next, because if you’re not going to the right place, what’s the point? And so, I was very clear through my conversations about what I was looking for. I told them that if that wasn’t of interest to them, maybe it wasn’t the right place for me. We had very candid discussions.

The thing that attracted me most was the idea of our CEO being very collaborative, very involved in the decision-making processes, and having the culture where we truly think like a system. It was also important to know the value of IS in the organization, because IS is sometimes looked at as a support department. I wanted to make sure weren’t seen as a support department, but as a pivotal strategic partner within the organization.

Now, there’s only so much you can get to know about an organization from the interview process, because it’s only a few hours. It can give you a sense of things, but you don’t truly get it until you get there. It’s a leap of faith. You have to take that leap of faith and move with it.

Gamble:  What you’re saying really shows how the CIO role has evolved. Having held the role in previous organizations, I’m sure that you’ve seen that evolution firsthand.

Sapra:  Absolutely. Another part of the attraction in coming here was that I was going to be the CIO over the health plan as well. That’s an opportunity many CIOs don’t get — to be able to really see the full continuum where you have care delivery, you have the patient experience side, and the piece focused on where those costs go, how they get reimbursed, and what those claims look like, looking at data across the board. It’s something not many folks get to experience, and I feel like I’m very lucky and honored to be part of that group as well.

Gamble:  True. So, there’s one more area I wanted to cover, and that’s the work you’re doing with ACHE’s Executive Diversity Program. Can you talk about why that’s important to you and what you to do with that?

Sapra:  I grew up in Southern Africa. I was born in East Africa, and I grew up in Southern Africa in Botswana. I went to college through Middle Tech University in the UK. I’ve lived in Australia, Malaysia, and Singapore. I’m originally from India—that’s where my parents are from. And so, I come from a different cultural background. I’ve been enough in those minority situations where I’ve always had an affinity to help and make that a priority. That’s always been important for me.

I think there’s no better time than today to look at diversity, equity, and inclusion within our workforce. It’s something that we’re focusing on within our organization.

I think there are a lot of leaders out there who are overlooked because of these issues, and so this is near to my heart. I was honored to have applied for it and been one of 12 scholars for this program. This past summer we had our first get-together in Chicago.  And I can tell you those 11 folks who joined me in that program are all exceptional leaders; there’s nothing better than learning from what others are doing and not reinventing the wheel.

That’s what we’re doing — putting our thoughts and minds together on what some of the challenges are, how we’re approaching those challenges, being able to talk about what our goals, and being able to just work together. They brought this group together and we became a closed-knit group in a matter of days.

It’s a great program, and I look forward to learning more. I look forward to bringing those learnings back to my organization and hopefully educating others along the way. This is an area that we don’t want to lose sight of, especially with what the pandemic has brought to light with some of the disparities. And so, I hope to continue to learn but also educate along the way.

Gamble:  There’s so much interest in what health systems can do to promote diversity and inclusion in leadership roles. It’s important to have these discussions.

Sapra:  Yes. And also, learning about our patients and making sure we’re collecting that data and using that data to drive some of those decisions is going to be critical in all of this.