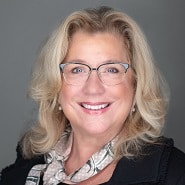 For years, experts have touted the benefits of migrating to the cloud; but for many healthcare organizations, it was out of reach. Recently, however, as more applications are being sunset and hospitals are looking to reduce their footprints, cloud computing is becoming an attractive — and attainable — option. Not only can moving to the cloud decrease data center costs and lower the risk of storing on-prem; it can also provide better visibility into data.

“From a visualization standpoint, having people consume data and analytics themselves rather than relying on an analyst makes a lot more sense,” said Chris Hutchins, Chief Data & Analytics Officer at Northwell Health. “Now, instead of waiting in a queue for someone to do their work, we’re enabling them to see the things they’re most curious about and understand how to adjust it.”

The challenge is figuring out how to adopt cloud solutions in a way that maximizes the investment and doesn’t put too much strain on the organization. In a recent panel discussion, Hutchins and co-panelists Beth Lindsay-Wood (SVP and CIO, City of Hope) and Siv Raman, MD (Chief Product & Analytics Officer with 314e) talked about their cloud journeys and shared lessons they’ve learned.

At Northwell Health, the announcement that certain technologies were being sunset put Hutchins and his team on a timeline to come up with a plan. “They had already started doing some exploration and were challenging us to start moving things to the cloud to reduce our data center costs.” Like many organizations, Northwell found it had high-performance computers that ate up a lot of cost, even when not being used.

Similarly, Lindsay-Wood cited the high price of supporting, maintaining, and refreshing apps as a reason to embrace cloud, along with a need to simplify the overall environment. “We’re looking to take our data centers out of the equation,” she said. “Our researchers do a lot of file-sharing, and so being able to do some of that in the cloud was important.”

What often happens, however, is that these and other goals aren’t achieved as quickly and easily as leaders may have hoped, according to Raman, for three primary reasons: skillset, cost, and performance issues. 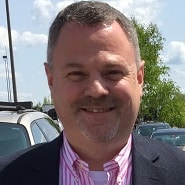 Given these factors, the best path forward for migrating to the cloud is one that’s slow and steady, according to Hutchins, who believes moving too quickly is extremely risky. “You need some experience under your belt before you hit the gas pedal. Everyone wants to shut down data centers and save money, but the reality is that you’re going to learn along the way. You have to walk before you run.”

It’s also important to avoid the temptation to migrate too much at once, said Raman. He encouraged attendees to start with peripheral systems and work out the kinks before moving to mission-critical and revenue-generating areas.

Hutchins agreed, adding that his team opted to hold off on applications with high input/output and instead “dip our toes in the water with something that has less transactional activity.” That way, “We can really understand what that cost looks like. And so we need to make sure we’re monitoring it.”

To that end, he strongly recommended partnering with leaders in finance and cybersecurity and involving them in the vetting process. “Our legal and procurement teams go through a great amount of rigor when it comes to any contracting that we do, so they need to be part of it. But security is most important, especially considering the number of attempts to breach our systems.”

As with any initiative, another critical factor is managing expectations, which can get tricky when it comes to cloud computing. “Sometimes the goals are a bit uninformed. That’s where you can have unintended consequences,” Hutchins said. With organizations like Northwell that have an “aggressive growth strategy,” executive teams must be kept well informed — and finance folks need to become your best friends. “You need to spend a lot of time with them. You don’t want your operating expenses to go sky-high when you’re planning for significant growth.” 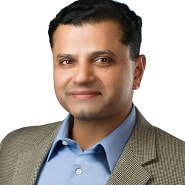 For CIOs, it’s not a novel concept – especially in recent years, as relationship building has become a core skill, according to Lindsay-Wood. “We’re in sales. We have to sell this, and not just once. We have to sell this all year round.” It’s also important to remember that what might be at the forefront of one person’s mind may have moved to the back for others. “They have other tasks. This isn’t where their minds are. And so, as CIOs, we need to find opportunities to explain it throughout the year.” And when there is an acquisition, for example, leaders need to be willing to say, ‘We might see an uptick in our OpEx because we added another large organization, and there are a lot more users and licenses,’ she added. “It’s letting people know what’s happening, all the time.”

Those conversations, according to Hutchins, can’t be one-sided. In addition to communicating your goals and objectives with key individuals, CIOs also need to learn about theirs, he noted. “You need their input and advice in terms of how to navigate within the organization when you’re tasked with making this type of transition.”

Finally, it’s essential to keep your eyes on the prize, noted Lindsay-Wood. “Make sure your migration plan is easily understood, and that you’re doing it with specific outcomes in mind,” she said. “And be clear, because cloud for cloud’s sake is not the answer. People will do that because we can, but I think understanding the approach and being able to articulate that, along with the financial impact, is critical.”

To view the archive of this webinar — Strategies for Maximizing Your Investment in a Cloud-based Data Warehouse (Sponsored by 314e) — please click here.