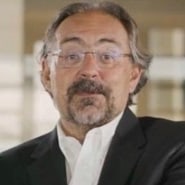 When it comes to migrating to the cloud, “There’s a lot of apprehension” in healthcare. Some may even call it resistance.

In fact, when Tony Ambrozie first approached leadership at Baptist Health South Florida about migrating to cloud, he was told “it wasn’t going to work.” Fortunately, Ambrozie — who was the organization’s first Chief Digital and Information Officer — had been through the process at two organizations (American Express and Disney Parks) and was able to convince his team to make the move.

It’s a challenge many leaders face; in fact, one of the most difficult aspects of cloud migrations is getting the green light, said Ambrozie during a recent discussion, which also featured John Kravitz (CIO, Geisinger Health System) and John Squeo (SVP, Provider & Healthcare Services, CitiusTech). It has become increasingly important to be able to articulate the benefits and explain how the organization can overcome hurdles.

For Baptist, it wasn’t just about speed and automation, both of which are critical, but also the “richness of the capabilities that support digital and data,” he noted. “I don’t think you can realistically do that without going to the cloud.”

Kravitz agreed, adding that the ability to enable innovations like facial recognition was a big motivator for Geisinger, as well as improving their disaster recovery and business continuity strategy. “It’s a game-changer, and it can improve the way we do business.”

Still, there’s a great deal of hesitancy when it comes to taking the plunge. The two biggest areas of concern, according to the panelists, are cost and security.

Although a certain degree of sticker shock is expected with any major purchase, there seems to be a disproportionate amount when it comes to the cloud. “Some folks hear ‘cloud’ and right away they think it will cost more,” said Ambrozie. “That’s only true if it’s not managed properly. If every developer and system manager in the organization can create instances and allocate storage and there are no controls, it can get out of hand.” Having the right governance model in place, on the other hand, can go a long way toward managing costs.

It’s also important to focus on the potential long-term savings of migrating applications to the cloud, which come from cutting licensing, support and maintenance costs — not to mention retiring data centers, said Kravitz. “It’s much more efficient and timelier to be able to get those to the operational point. We expect to save millions when we’re done.”

The other cause of apprehension is security, which is understandable, as “things could get a lot more dangerous in the cloud,” stated Ambrozie. But if organizations think relying on 20 and 30-year-old data centers that run outdated versions of Windows is a safer option, they’re mistaken. “There’s a lot more structure in place and there are more tools you can use to enhance security.”

In addition, cloud computing can provide a level of resiliency that can help systems recover quickly in the event of a breach, noted Kravitz. “The ability to utilize cloud security tools in addition to the security measures we have in place and create a single platform is important.”

And it will continue to be, particularly as more functions become available in the cloud — including EMRs. “We’re seeing quite a bit of acceleration as EMRs are beginning to support the performance levels that the cloud can provide,” said Squeo, who believes more organizations will start to gravitate toward that model. “I see a crawl, walk, run strategy across the swath of health systems where if they’re developing new capabilities that require data from EHRs, claim systems and social determinants, oftentimes they’re starting in the cloud versus building on-prem.”

If organizations are trending more toward the cloud — which does appear to be the case — there are several factors that need to be considered, according to the panelists, who shared best practices based on their experiences.

Squeo agreed, cautioning leaders not to underestimate the challenge it presents for the workforce. “I think it’s a bigger change on the people than it is on the systems, because they’re learning entirely new sets of skills,” he said. “The entire change enablement is just a huge portion of this, and we have to stay cognizant of that.” 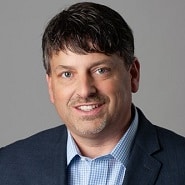 Migrating to the cloud is indeed a big undertaking with myriad moving parts. And, therefore, one that must be approached deliberately and transparently to help quell apprehensions, said Ambrozie, who has adopted a ‘tell, then show’ philosophy. Along with discussing the benefits, it’s about explaining what’s required in terms of cost and security to the point where people want to know more. “That’s where the show part comes in,” he said. “You can show that the environment is more secured and more controlled that it was on-prem.”

Finally, the panelists advised leveraging the many resources available — including colleagues who have been through it and can answer the big questions. “Collegial relationships go a long way,” said Kravitz. “By talking to people who have been there, we can allay some of the fears we have,” and be able to move forward.

To view the archive of this webinar — Keys to Developing a Hybrid Cloud Strategy (Sponsored by CitiusTech) — please click here.