The road to delivering quality care for patients in the way they choose to receive it isn’t exactly a smooth one. It’s fraught with speed bumps, detours, and other hurdles, which can cause frustration among even the most optimistic individuals.

But if there was ever a time to stay the course, it’s now, according to John Halamka, MD, President of Mayo Clinic Platform. In fact, the former CIO and longtime health IT advocate, believes organizations should be accelerating, rather than braking.

“There’s a perfect storm happening. The technology is good enough, the policy and reimbursement are supportive, and there’s a cultural urgency to change,” he noted during a discussion with Nick Culbertson, co-founder and CEO at Protenus. “As we look at fall 2022, we have all three. We’re all in.”

Of course, that doesn’t diminish the myriad challenges that healthcare organizations face, particularly small hospitals that are grappling with staffing shortages, supply chain disruptions, and financial pressures. In the latest installment of healthsystemCIO’s quarterly HIT Policy Update, Halamka talked about the potential of tools like machine learning and automation to improve care, how homecare models are continuing to evolve, and the regulatory changes that are coming down the pike.

The Power of Algorithms

With the pressures facing provider organizations growing exponentially, Halamka believes the time is ripe for machine learning and automation, especially in rural areas. For those who can’t find a pathologist to read a slide or an oncologist to facilitate radiation delivery, “an algorithm augmenting human time and expertise can help deliver the same care in geographically diverse places at lower cost.”

At Mayo Clinic, that’s one of nearly 60 algorithms being leveraged to ease the care process. Most organizations, however, are still in the exploratory phase, and are awaiting the release of much-needed guidelines and guardrails on how to effectively “manage machine learning, from the beginning of the idea to its end delivery, and monitor it over time,” he said. To that end, the Coalition for Health AI is publishing implementation guidance based on the collective expertise of its members, which include health systems, tech giants such as Google, and government agencies.

Its core mission is to “harmonize standards and reporting for health AI and educate end-users on how to evaluate these technologies to drive their adoption,” according to the organization’s website. Part of that entails ensuring providers understand the implications of using these tools. For example, a provision in CMS’ proposed rule on the non-discrimination of health programs and activities states that the covered entity will be held responsible if an algorithm is found to be biased or ineffective.

“You can’t just rely on math or an algorithm to make decisions,” Halamka stated. Although statistics can certainly play a role, “a human has to make the decision,” taking into account conversations with the patient around his or her preferences.

Leaders can expect regulatory language on how to “introduce these new, innovative machine learning technologies into workflows in a way that respects the patient and does no harm,” he said. And although it’s just a proposed rule, “the idea is to have a human making the decisions supplemented with technology, and not technology treating a patient based on data.”

The second critical area addressed by Halamka was home-based care, which has proven successful for organizations like Mayo Clinic and Kaiser Permanente. Among the 12,000 patients Mayo has discharged during the past two years, there’s been no reported decline in safety or outcomes; meanwhile, costs are down, and patient satisfaction rates are significantly higher.

However, if the regulatory waivers aren’t extended, it could be a huge step backwards for telehealth, said Halamka, who urged leaders to get involved in advocacy efforts. “We need to continue the waivers that have worked so well and continue diagnosis-related group reimbursement at a standard level,” he added. “We need to do that for at least two years past the public health emergency, and then come up with a permanent waiver.”

As the baby boomer population ages, it will become even more critical, said Halamka, who shared some of the challenges he has experienced in caring for his mother, who is now in hospice. Organizing a care path from the ED to inpatient, to skilled nursing facilities to home care is incredibly complex, not to mention costly.

“It’s anything but clear,” he said. “It takes a team of PhDs to figure out what type of care you can get and who’s going to pay.” With many long-term care policies, there are seemingly infinite exceptions and partial payments, forcing many people to pay out of pocket. While the focus should be on providing compassionate care during a patient’s final days and acting in their best interest, instead individuals — many of whom are also raising children — are dealing with “a rats nest of unanswered policy questions.”

Fortunately, Halamka believes the tide is turning, and the industry is finally realizing that care isn’t episodic, but rather, a continuum. “There need to be clearly navigable patterns with clearly delineated reimbursement for each step along the journey,” he said. “My hope is that all of us will work together for positive policy change so that these experiences are more seamless.” 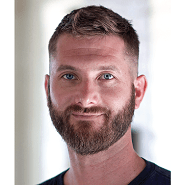 Those on the vendor side can help make this a reality by acting as true partners and being transparent, said Culbertson. For CIOs and other leaders, purchasing AI tools can be overwhelming, and therefore, it’s important to do their diligence, otherwise, “you don’t necessarily know what you’re purchasing.”

To that end, he identified four topics healthcare leaders should present when assessing a potential AI vendor:

Addressing these issues up front can better position organizations to manage the challenges that will inevitably surface with AI — particularly bias, which can worsen as new information enters a system. “This is an exciting time because there are some great technologies out there,” Culbertson noted. “But if you’re not partnering with them to build products and solve problems together, vendors could be left unchecked. And so, it’s not about just vetting a vendor. It’s thinking about the long-term partnership. We need to be sitting on the same side of the table.”

Most importantly, health systems can’t lose sight of the human aspect. “It’s easy to get caught up in the business operations, the logistics, and the algorithms. But at the end of the day, we’re all just trying to treat patients. We’re trying to improve quality of care and quality of life,” he added.

Halamka concurred, saying that although the next few quarters “may be a little rocky with inflation and supply chain challenges,” he believes leaders will continue to push for better patient experiences and more efficient work environments. “I think we will enter a golden era for innovation.”