It’s no secret that healthcare IT has a supply-and-demand problem on its hands — one that was in place before the first reported Covid case, and has only worsened in the past few years.

At Health First, CIO William Walders has hired 106 team members since 2019, and “not a single one doesn’t think they’re overworked and that we have more work than opportunity.” Roper St. Francis Healthcare, a 4-hospital system based in South Carolina, currently has around 60 vacancies (40 in IT and 20 in supply chain) that CIO Laishy Williams-Carlson is “desperate to fill,” she said during a panel discussion with Walders and Bradd Busick (CIO, MultiCare Health System). “It seems there’s always a bigger appetite than there is capacity on our team.”

With digital initiatives and other priorities spreading teams out thinner and thinner, it becomes increasingly difficult to run an effective IT shop; particularly when saying ‘no’ isn’t always an option.

“I’ve never met a president or CEO who wants their CIO to be a ‘CI-No,’” noted Busick. What they want is someone who can partner with other leaders to prioritize needs and deliver on key objectives. And while that may seem like a tall task, particularly given the current landscape, it can be accomplished with the right approach. “It’s a little bit art and a little bit science,” he said.

The science component, according to the panelists, revolves heavily around data — more specifically, leveraging data to determine capacity and identify needs. 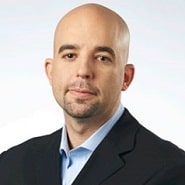 For Walders, who’s been at Health First since June of 2019, it starts with “an audit-proof accounting” of every IT asset, including people, time and money. With this chart, “We have a clear understanding of our capabilities, almost to the penny, in terms of what resources are needed for a given project, and where gaps may exist.” And by utilizing metrics, leaders can gain credibility among their peers at the executive level, “who are used to seeing things that way,” he added.

And the information isn’t isolated. Walders has distributed hard copies of the chart to EVPs throughout the organization to ensure a widespread understanding of the complexities involved with resource allocation. That type of transparency, he believes, can go a long way toward building trust.

At MultiCare, Busick has implemented 90-day status reports in which the business owner provides an update as to whether the project is on track — or, if it’s not, to request more funds from stakeholders. This way, “our capacity is not a mystery to anyone.” By using PPM tools, they’re able to measure and track how long it takes to roll out Epic at a 200-bed hospital. “I want to know that data so that I can get better with our own playbook,” he said.

What’s critical, however, is ensuring the data are actionable. In addition to looking at components like queue lengths and ticket times to gauge productivity scores, Walders’ team can also view how many hours went into a certain project — and determine whether they’re over-committing resources. “We’re able to use that data to hire more people,” he said. “When you properly account for your time and document these things, it’s very telling what you can identify,” and how it can influence decisions.

Decisions, however, aren’t based on data alone. “In addition to the science, there’s also an art that involves compromise and being able to speak the language of business — not necessarily IT capacity,” said Williams-Carlson. In her experience — which includes more than two decades at Bon Secours Health — not all physicians and executives are swayed by numbers. “There’s a lot of subtlety.” There may instances in which the data are lacking, but there’s an understanding that an initiative is “essential enough to our overall strategic vision that it’s worth investing incremental resources.” 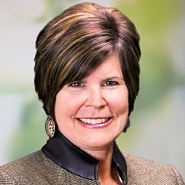 This is where having guiding principles can have a big impact, she noted. “I’m a big believer in very intentionally creating principles and working hard to maintain them.” For instance, “We always value work in this space over this space, so that you know where your north stars exist.” It provides a reference point that can assist during difficult conversations, and takes some of the heat off CIOs, she added. “If you’re doing your job, you’re not actually the person saying no.”

Busick, who encourages his team to answer with ‘yes, but’ or ‘yes, and’, agreed that the CIO doesn’t always have to be the naysayer — and, in fact, shouldn’t be. “I actually don’t have to say yes or no, because frankly it’s not my decision. I have a voice at the table and I have input, as do my business partners.”

Those who always wind up saying ‘yes’ can find themselves out of a job, noted Walders, whose organization went through seven CIOs in 10 years before he arrived. “They always said yes, and that became the expectation,” he said. “I like to say yes, but there are competing priorities that can’t be ignored. There’s a balance.”

By providing data to support (or deny) requests, and being candid about what’s possible, CIOs can become truly influential, said Busick, as long as they’ve delivered in the past. “If you’ve got a track record of not executing, it doesn’t really matter what the slides say. But if you’re executed and you’ve built trust, that dialogue is very different.”

“It’s exciting, and it can make for a powerful partnership between IT and the business.”

To view the archive of this webinar — Keys to Running an Effective IT Shop — please click here.