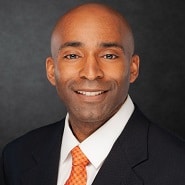 A decade or two after the majority of health systems took the EHR plunge, it’s still far from perfect, and the complaints still seem to pile up. But as those who have spent time in both the pre- and post-electronic worlds – and have the benefit of that experience – can attest, the benefits outweigh the challenges.

Remembering that, according to Jason Buchanan, MD, clinical informatics officer at Baylor College of Medicine, is critical. “There were many times when you’d be looking for a patient’s chart and couldn’t locate it. It was like flying blind.”

For leaders, the key is to ensure systems are usable, which means providing continuous education and support. During a recent interview, Buchanan talked about his approach to optimization, the power of listening, how medical school has evolved in recent years, and how he first got “hooked” on informatics.

Gamble:  Hi Jason, thanks for taking some time to chat. Let’s start with some information about your current role. What are some of your key objectives as clinical informatics officer?

Buchanan:  I’m actually swimming in a number of different pools these days. I work with Baylor College of Medicine and Harris Health. I’ve been there for about 16 years, primarily as a family medicine doctor.

Around 2007, we got the Epic EHR, and I became the de facto Epic doctor, helping other doctors with various issues that arose with Epic. I really enjoyed doing that; I saw the promise that EHRs and data held for the future.

I enjoyed it so much that I decided to go back to school and got a Master’s in Informatics and became a board-certified informaticist. I’ve been doing a number of different projects at Baylor Harris Health, mostly centered around help doctors decrease their burden.

My claim to fame, so to speak, is that I started a program called PrEOP [Provider EHR Implementation Program] as a way to help doctors learn quickly how to use Epic. Because over a period of time, there are so many new features that come into play with the EHR. We don’t know all that it has to hold. And so, I held various workshops to explain the new features and show how to use Epic as efficiently as possible.

I did that until about April of 2021. But I wanted to do more in the informatics realm, and so, I decided to spread my wings. I’ve worked with other entities doing Epic implementations. I’m working with Kind Capital, an impact investment firm that helps fund companies that have a social impact. I helped with their medical and health teach sectors.

I also work on the payer side with Sendero Healthcare based in Austin, Texas, where I help with informatics work. I’m doing a lot of different things these days and loving it.

Gamble:  It definitely seems like it. When you think back to that Epic rollout in 2007, obviously a lot has changed in 15 years. But were there takeaways from that experience that you’ve applied along the way?

Buchanan:  Yes. I’m very fortunate in that I’m one of the doctors who has had the benefit of seeing what things were like before Epic — or EHRs in general — and after. I finished my training in 2005. During medical school and residency, everything was on paper; they were just starting to do some things with the EHR. We could see labs and do a little bit of documentation. After I graduated from residency in 2005 and started to work with Baylor Harris Health, that’s when things really started to take root.

There are a lot of complaints about EHRs, which are valid. But looking back to when things were on paper, something as simple as being able to find a chart was a process. There were many times where you’d be looking for a patient’s chart and couldn’t locate it. It was like operating blind.

Being able to see consulting notes is really helpful. I remember having triplicates, where there were copies of notes being sent to us via courier to read. Initially, EHRs were designed for billing purposes. When they first came into the fray, they were not very user-friendly. I think as time has gone by usability has improved greatly, and I anticipate it will get better for doctors in the future. But looking back, it has been a great improvement, especially compared to paper charts.

I think it has improved tremendously for patients as well. They’re able to actually interface with us directly; they can see their own laboratory results and ask questions. Particularly for patients, it has been a game-changer.

Gamble:  I agree. Can you talk a little more about PrEOP and how it works?

Buchanan:  Sure. It’s a series of modules that I put together. The goal is to highlight the more salient features of Epic that can help docs utilize the chart as efficiently as possible. There are various levels of usability that doctors have within an entity, and so, making sure they’re utilizing the basic things that give you more bang for your buck is what’s really important for me.

One example is the search function. A lot of folks didn’t realize they can use it to search for a consulting note or when a medication was given. It helps to dramatically decrease the clicks it takes to find information within the EHR.

We also get frequent updates with Epic. And so, I help to flesh out the best features of the updates for doctors, and act as a sounding board if they have any questions or suggestions on things they’d like to see.

Gamble:  We hear a lot about burnout and frustration. What do you think are the biggest sources of frustration for users?

Buchanan:  There are three general buckets. One is the actual work itself. Is it motivating? Is it fulfilling? Does it captivate? Another is the workload; the burden of work. And the third is the culture of the organization. Those are the three realms I see in terms of burnout.

When you think about the workload, providers tend to like things like having control of our schedule. Autonomy is another big thing. The EHR is typically the target when it comes to burnout. Although there are things that can be done, it’s still not the most user-friendly tool. But I do think it’s getting better.

Another factor is the focus on metrics and data. There’s a lot of information that comes to providers. We have laboratory results, notes from consultants, and messages from patients. It seems to increase as time goes by.

Gamble:  I can see how that would be frustrating. You’ve written about data and the increasing challenges this brings as healthcare becomes more digital. Can you give some thoughts on going through the data-driven journey and how it can be approached in an effective way?

Buchanan:  Sure. I think the main thing is having a plan and having a question you want answered, and making sure that question is going to be helpful to the population, whether that’s patients, providers, or both. That’s where I see the biggest errors that come into play. It’s very tempting when you see a new point solution out there and people say, ‘we need to get that.’ You have to ask, ‘is this something that’s really going to help our organization and help our providers and patients?’

The best way to determine that is to ask your providers — and your patients — what do you need help with? From that standpoint, you can choose your solutions or build one in-house. That’s probably the biggest thing: what’s the problem you’re trying to solve? And then you move on to things like, how do we use data to find a solution to that problem.

Gamble:  That makes sense. It has to be overwhelming with data coming in from so many different sources.

Buchanan:  Yes. And there’s going to be a lot more coming in with wearable devices and precision medicine.

Gamble:  One of the buckets you mentioned was culture, which is a big area. What are your thoughts on how leaders can improve it?

Buchanan:  We hear buzzwords like ‘toxic work environment,’ especially with the pandemic. The main thing is to provide a safe environment for providers and patients — and I don’t mean physically safe, but one in which they feel comfortable coming to work. They need to feel that the administration and organization has their best interests in mind and will take actions to show that.

I mentioned listening. Part of listening is caring about the people you take care of and who are caring for your patient population. You need to listen to what providers and patients have to say, and then take action based on the data.

Relationships are very important. At work, it’s like a having a family away from home. You want to make sure you have healthy relationships with other members of the organization, and that they have the freedom to be able to speak about difficult things without fear of repercussions. That’s critical to providing a safe, healthy environment for providers.

In terms of culture, it’s also important that people are recognized for their work and appreciated for what they’re doing. They don’t want to feel like they’re toiling away, seeing a ton of patients and never getting a pack on the back from the organization. It’s very hard to work if you don’t feel appreciated.

I also believe it’s important for providers to work together and to feel like they’re part of a cohesive network. In organizations that are successful with this, there’s a lot of interplay among doctors, nurses, social workers, clinical pharmacists, etc. We all work together to help patients. I think that dramatically increases the likability of going to work and treating patients, especially now.