Before I became a parent, I had plans.

I had a vision for how things would probably shake out, and I was ready – or so I thought. But then, 10 years ago this month (June 9, to be exact), my twins arrived. Seven weeks early. After nearly a week of monitoring and being bounced around from the physician’s office to the hospital to my house.

Things did not go according to plan. Austin (born at 3 lbs., 13 oz.) and Scarlett (4 lbs., 10 oz.) both required CPAP masks, feeding tubes, and various tests and scans. We were told they would be in the NICU for about 3 weeks, which meant I’d be going home without them.

Not what I had expected.

It was my first – and perhaps most valuable – lesson in parenting: things aren’t going to go as planned. Yes, it’s frustrating and often upsetting, but they don’t, and the only viable option is to pivot and move forward.

So that’s what we did.

My husband Dan chose to go back to work and save his paternity leave for when the babies came home. Because I couldn’t drive (apparently the body needs time to heal after a major surgery), we arranged for friends and family to drive me to the hospital in the morning, where Dan would meet me after work, and we’d spend some time with the twins before going home. Those nights were, to put it mildly, difficult.

Fortunately, the hospital where I delivered now offers accommodations for NICU moms to stay with their babies, as well as a private lounge where they can rest or nurse/pump. And a number of organizations have implemented NICU cameras so parents can always see their little ones. This is progress, for sure.

When the babies came home, we faced a new set of challenges, and were constantly having to pivot. But we did, every time an obstacle came our way. My son requiring an apnea monitor. My daughter’s reflux. Both of them needing physical therapy for torticollis. Lack of sleep. Having to contend with postpartum depression.

Again, not what I had planned. But it was the hand we were dealt, and so, we dealt.

On more than one occasion, the lyrics from a song by country singer Rodney Atkins popped into my head:

If you’re going through hell, keep on moving. Face that fire. Walk right through it.

The song was undoubtedly inspired by the famous quote from Winston Churchill. Personally, I find it to be far more inspirational than ‘this too shall pass.’

We did ‘keep going,’ and eventually settled into a rhythm – or, as much as a rhythm as one can have with preemie newborns. As the months and years passed and milestones were reached, we’ve certainly dealt with some obstacles (and I can only imagine what the next decade will bring… middle school, driver’s ed, proms, college – oh my!).

I’m sure it’s going to be a heck of a ride, and I plan to enjoy it. 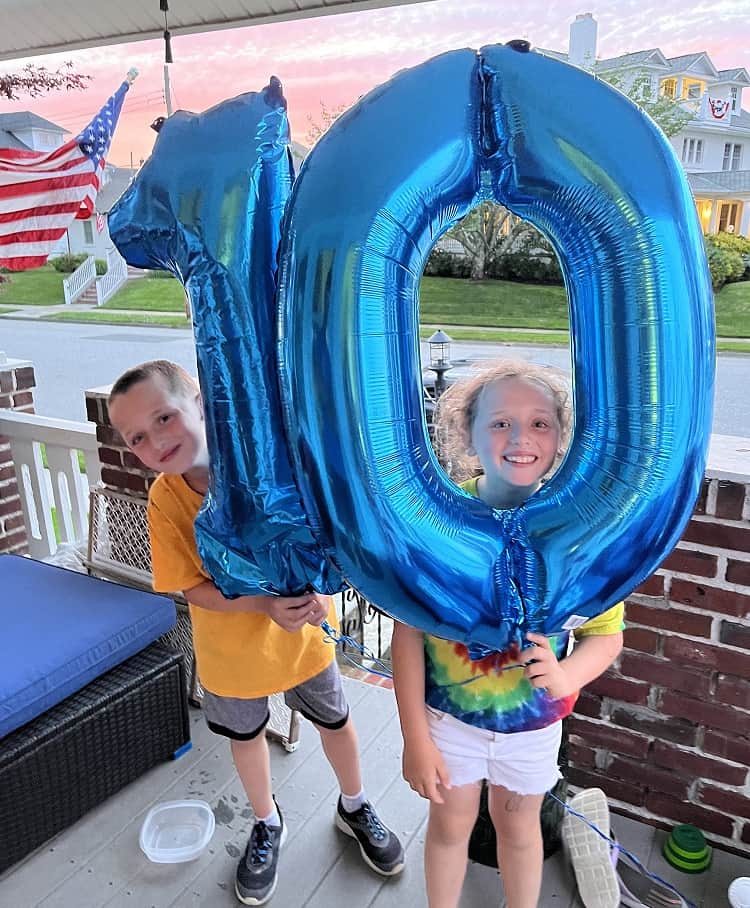