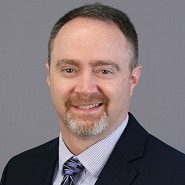 When it comes to investments, it doesn’t get much bigger than the EHR. Beyond the costs relating to hardware, training, and consulting fees — which often exceed the original budget, there’s the emotional toll on clinical and IT teams.

The challenge for leaders is that the education piece never really ends. In an ideal world, interfaces would be so intuitive that retraining would be unnecessary, and updates would be sent automatically, said Lee Milligan, CIO at Asante Health System. But in reality, “we’re not there.”

Instead, organizations like Asante spend more than $3 million per year to ensure systems like Epic are being used as effectively as possible. “It’s the last mile of getting everything you need from your investment,” he said during a recent panel discussion, which also featured Donna Roach (CIO, University of Utah Health) and Ryan Seratt (Director of Training and Development, 314e). “I’ve jokingly told my team that they’re really the ‘full value extraction’ team.”

Although Milligan’s comments were intended to be tongue-in-cheek, it’s more critical than ever for healthcare organizations to continuously optimize systems and educate users — and it has to be done right. During the webinar, the panelists discussed the biggest hurdles in reaching that goal, and shared insights on how they’re working to overcome them.

Not surprisingly, at the top of the list is time — or, more accurately — lack thereof, according to Milligan. “Pulling people out of their clinical scenario is always a dog fight, and operations folks don’t always understand the value of the training.” And even if physicians, nurses, and others are able to carve out time, it’s hard to determine whether they’ve ingested the material, said Roach. “That’s one of the things we struggle with. We need to get better at that.” 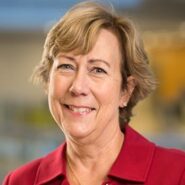 For CIOs, one of the most frustrating situations is to watch clinicians grapple with the very solutions that are intended to make their jobs easier. “You can see that they’re trying to make it work, but this is not what we wanted.”

And so, Roach — whose experience includes organizations of varying size and scope — and Milligan, who spent years as an ER physician, consider it a priority to make the training process as smooth and beneficial as possible. Below are some of their suggestions:

He believes it’s the most effective way for leaders to understand the pain points that exist within EHR systems. “When you have executives out there willing to spend time in the trenches with folks who are doing the work, you’ll gain credibility and you’ll gain insights.”

It can also spread the word to others who may be reluctant to seek assistance, said Milligan. He recalled a story in which a physician finally asked for help after admitting she had been struggling with Epic’s Notes function. By assigning a trainer to sit with her and review her processes, Asante was able to shave off a significant chunk of time, freeing her up to spend more time with patients. “It’s a nice example of how great training can impact the organization.”

Identifying those who are struggling is paramount, according to Roach, who recommended leveraging tools like Epic’s Signal to monitor how physicians compare with their peers in terms of usage and satisfaction. “It’s really key to make sure you’re monitoring that,” and especially keeping an eye on the “quiet ones,” she added. “They’re the ones who are getting burned out. We need to make sure we’re reaching out to them.”

The most difficult aspect is realizing that the system — and the way in which it’s used — is never going to be perfect. Or even close to perfect, for that matter. “Doctors and nurses are always trying to find something,” said Milligan. Instead, “they should be thinking about what to do with the information they have; what it means clinically and how they should act on it.”

Roach agreed, adding leaders should set their sights even higher. “We have to give clinicians the tools to support them, and that includes educating patients and their families so that they’re part of the caregiver team,” she said. “That’s where we want to go.”

To view the archive of this webinar — Strategies for Keeping Clinicians Trained Up on Key Apps (Sponsored by 314e) — please click here.