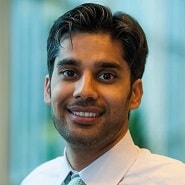 When healthcare IT and security staffs were sent home to work during the height of the Covid-19 pandemic, it had a ripple effect that continues to challenge leaders — particularly when it comes to cybersecurity. “We went from a handful of work locations to hundreds, if not thousands, because everyone’s home became an office,” said Brian Cayer, CISO at Tufts Medicine, during a recent discussion.

As a result, the attack surface — which had previously been limited (at least from a geographical standpoint) — grew exponentially, forcing leaders to rethink their strategies. “All of a sudden, we had a remote workforce and were opening up VPNs,” he said. And while users could be validated, the same couldn’t be said for devices. “How do we know it’s secure? Do we want to connect it to the network? The pandemic has really changed how we think.”

For CISOs, it has meant finding a way to “securely enable processes” in spite of the “very distributed environments” that exist, said Omar Khawaja (CISO, Highmark Health), who also spoke on the panel, along with Tamer Baker (VP of Global Healthcare, Forescout Technologies). It’s a feat that has become increasingly difficult.

Whereas in the past, there were a limited number of devices on the hospital’s network, “now you have an explosion of endpoints, including IoT devices,” he noted. And it’s not just the volume of devices that has raised concerns, but also the growing expectations among users for speed and accessibility.

The answer, according to Cayer, is to “work toward a zero-trust model” that enables organizations to quickly identify and validate users. “I look at it like privileged access management on steroids — not just privileged, but all access,” he said. “Ransomware is impacting organizations, and we need to figure out how they’re getting in. We can’t just keep doing what we’re doing.”

However, while many agree that zero trust is the way forward, there’s still of lack of understanding as to what it actually means at the business level. “It’s a very descriptive name from a security perspective, because that’s exactly the intent,” said Khawaja. “But I’ve hesitated to use the name because one of the core behaviors at Highmark is ‘trust working together.’ This feels directly in conflict with that.” 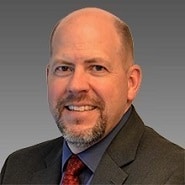 The onus then falls on security leaders to explain what zero trust means and how it can be leveraged to improve security, which can be quite tricky, according to Cayer. “We haven’t fully adopted zero trust as an industry, and so people haven’t seen it implemented — or maybe they have, but not in a good way.” A common misconception? Implementing zero trust means waiting on approvals which, in turn, can negatively affect patient care.

Not exactly a recipe for gaining buy-in.

What leaders should do, according to the panelists, is start by explaining why a zero-trust strategy is necessary — and leave the ‘how’ for later.

“My direction to the team is that 90 percent of what you talk about is the why; they’re not allowed to spend more than 10 percent of their time on the how. That’s where organizations go wrong,” said Khawaja. In fact, when his role at Highmark expanded to include hospitals, he was cautioned against sending phishing emails to physicians and told it wouldn’t generate the desired response.

And so, Khawaja met with the chairs of every department and explained the consequences of clicking on malicious links. “I didn’t talk to them about dates or specifics; if you do that, they’ll give you a hundred reasons why your plan won’t work,” he recalled. “But if you focus on how (a breach) would directly impact patients and our ability to deliver care, you’re no longer imposing security and risk reduction on the business. The business is pulling you in and convincing you to do it.”

Once that all-important piece has been addressed, organizations can take steps forward, according to the panelists, who provided several best practices for getting to Zero Trust.

Finally, security leaders must remain conscious of the fact that any change — no matter how minor it may seem — can cause a disruption, so the value needs to be made clear. “You’re adding disruption to the process,” even if it’s just moving the location of a click. “The role of the CISO is 50 percent technical and 50 percent marketing. You need to get that message across.”

To view the archive of this webinar — Exploring a Zero Trust Architecture: Getting Started & Avoiding Pitfalls (Sponsored by CyberMDX, a Forescout Company) — please click here.