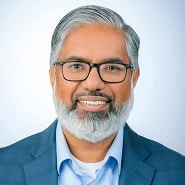 Like many advances in technology, connected medical devices come with both benefits and risks. “They’re a critical component of how we provide care and how we serve our patients,” said Sanjeev Sah, CISO at Centura Health, during a recent webinar. “But these devices also present unprecedented challenges,” particularly given the complexity involved.

“We’re connecting more and more devices to the network in different ways,” said Paul Curylo, CISO at Inova Health System, who also participated in the discussion, along with Shankar Somasundaram (founder and CEO, Asimily). “Just about anything could be considered a medical device and will probably be connected at some point.”

For leaders, that means taking a closer look at “the vast array of different operating systems, communication protocols, and purposes for these devices,” Somasundaram added, and using that information to figure out how to keep data safe. Doing so requires a holistic approach that focuses on vulnerability management and incorporates input from leaders across the organization, the panelists said.

“A system of systems”

According to Somasundaram, it starts by acknowledging one very simple but important concept: “Healthcare is not a set of devices,” he said. “It’s a system of systems, with different devices that interoperate and work with each other.” The Internet of Medical Things (IoMT), therefore, should be viewed as an ecosystem of systems and applications. The challenge is that much of the time, “we don’t have all the information we need about those devices,” he noted. Manual collections, which are often utilized, “are prone to gaps and errors, and inventories are incomplete. It’s a problem across the industry.” 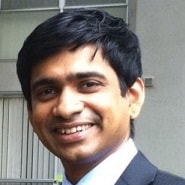 The next step is to develop a set of criteria for evaluating new and existing vulnerabilities based on their potential to reveal sensitive information, said Curylo, and to treat the process as an ongoing cycle — not a static event. “It’s not a single step that gets done and then you go on autopilot.”

In fact, one of the most common mistakes organizations he made, he noted, is to wait until the entire inventory has been identified before moving forward. “That’s where things can go off the rails.”

And although inventories are certainly important, the greater value is in “understanding the pattern of life of the machines running in our environment,” in terms of “the relationships they create and the dependencies that exist and being able to see what that map looks like,” Curylo noted. Armed with that information, leaders can then confer with subject matter experts to detect anomalies, which is a critical step.

“Whether it’s an outlier or a change in the pattern, that’s particularly important, because it’s something new,” Curylo said. And while it could be normal operations, or a change that didn’t flow to the cybersecurity team, it could also indicate a threat actor. “We won’t know until we address it. Inventories are static and sometimes have holes. The relationship between devices is more important in an environment like that.”

With all of this considered, the prospect of managing IoMT vulnerabilities can seem extremely daunting. But there are best practices that can move organizations closer to the ultimate goal, including the following:

Similarly, risk discussions at Inova routinely involve business and clinical partners, and are often quite comprehensive, noted Curylo. “We need to understand what a particular piece of equipment does and what value it brings to patient care, because we might adopt a riskier position (to accommodate that), even if we can’t apply appropriate countermeasures.”

Finally, both Sah and Curylo emphasized the importance of patience and persistence. As with so many other aspects of healthcare, vulnerability management is a journey that requires “a deliberate effort” and “intentional collaboration” among key stakeholders.

“There’s no silver bullet,” noted Sah. “But having a defensible posture gives us an opportunity to protect operations, protect our people, and most importantly, safeguard our patients.”