Tomorrow marks the 75th anniversary of one of the most important events in American history — not baseball history, but American history. On April 15, 1947, Jackie Robinson broke Major League Baseball’s color barrier when he played his first game with the Brooklyn Dodgers. His phenomenal 10-year baseball career, however, was only the beginning.

“After integrating baseball, Robinson became a full-fledged leader in the Civil Rights movement. He used his celebrity status to further human rights and endeavored to change the landscape of race relations in the United States” (Jackie Robinson Foundation). Upon his retirement, he was named VP of Personnel at Chock Full O’Nuts — clearing another obstacle for people of color — and leveraged the position to improve working conditions for employees.

Below are some of his many accomplishments off the field:

There’s so much to admire about Robinson, who was the son of a sharecropper and the grandson of former slaves, and it goes far beyond his daringness on the basepaths. It goes beyond the courage he demonstrated in silencing his critics and persisting despite death threats. Because to Jackie, the fight was never just about him.

If it were, he wouldn’t have become estranged from his former team — and the game itself — for a decade and a half following his retirement. Instead of basking in the (much-earned) glory of his groundbreaking achievement, he openly criticized MLB for being “negligent in its treatment and integration of Black players,” according to an excerpt from a new book by Kostya Kennedy (True: The Four Seasons of Jackie Robinson). And for good reason; 25 years after his first game, no team had hired a Black manager or general manager, and very few Black players held jobs of significance in the game.”

Never one to back down from a challenge, however, Robinson agreed to attend the Old-Timer’s Game in 1972, and sat down with Peter O’Malley, then owner of the Dodgers, to voice his concerns. A few months later, Robinson was honored before Game 2 of the World Series and received a tribute from President Richard Nixon.

In true form, he leveraged the opportunity to call for equality — or at least, progress. “I am extremely proud and pleased to be here this afternoon,” he said, “but must admit I am going to be tremendously more pleased and more proud when I look at that third base coaching line one day and see a Black face managing in baseball.”

Nine days later, Robinson died after a long battle with diabetes. And although two years later his plea was answered when the Cleveland Indians named Frank Robinson as the sport’s first Black manager, diversity in front office positions is still seriously lacking (in 2022, just two of MLB’s 30 managers are African American).

After the meeting with O’Malley, Robinson said that although he was “impressed with Peter’s attitude,” he was skeptical about the impact it would have. “I don’t know what he can do about it, but there has to be a sensitivity to it.”

It’s a common theme that has arisen during discussions healthsystemCIO.com has had on the topic of diversity in leadership. The problem can’t be addressed until it is acknowledged.

“We don’t talk about race,” said Cletis Earle, CIO at Penn State Health, and an active member of CHIME’s Diversity Committee. “People get uncomfortable discussing race because it makes them feel uncomfortable. Well, if it makes you feel makes uncomfortable, imagine how it makes us feel.”

During an interview in 2020, Earle encouraged colleagues to intervene when they hear offensive remarks. “Hate, even if it’s in the form of a joke, perpetuates racial disparities. It perpetuates that mindset.” But if individuals are empowered to speak up and have “those crucial discussions, maybe we can turn the dial a bit.” 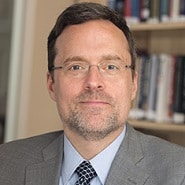 Another organization that’s taking a step further is NewYork-Presbyterian, which recently founded the Dalio Center for Health Justice to tackle the growing disparities in care. “We’re not going to wring our hands of this anymore. We’re going to do something about it,” said Rick Evans, Chief Experience Officer, in a previous interview.

Part of that work entails sitting down with patients to better understand their unique needs and concerns, looking at the data, and intervening wherever possible to close the gaps. “There’s a huge amount of work to be done around racism,” he noted.

Fortunately, that work has begun, thanks to pioneers like Robinson, and is continued by those determined to honor his legacy.

“A life is not important except in the impact it has on other lives.”