What are the keys to effectively communicating with physicians and other key stakeholders? How can leaders help elevate their teams? What are the best ways to keep in touch through Covid?

These are just a sampling of the myriad questions that leaders have, and although the answers certainly differ, they’re all centered on one premise: building relationships.

Recently, healthsystemCIO hosted a panel discussion with three of the most highly respected leaders in healthcare: Tanya Townsend (System SVP/CIO, LCMC Health), Chuck Christian (VP of Technology/CTO, Franciscan Health) and Cletis Earle (SVP/CIO, Penn State Health), who talked about how they’re working to create and maintain those relationships and why they believe it’s more critical now than ever before. 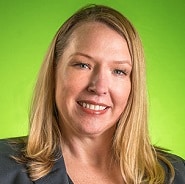 When Tanya Townsend came to LCMC Health in 2014, she knew it would be tough. As the system’s first CIO, her task was to pull together several hospitals with “deep-rooted histories of success within the community” and form a cohesive IT organization. Although she had held several leadership roles prior to joining LCMC’s team, Townsend quickly learned that this one was different — and had to be approached differently. “Any time you’re moving the cheese and changing the culture, it’s an additional challenge,” she said. Especially when people who have been “independently operating their own IT departments” are being asked to “play nice in the sandbox.”

Doing so would require a great deal of interaction. And so, Townsend implemented a rounding system called “ACE” that focuses on identifying accomplishments and challenges and working together to improve engagement. At least once per quarter, she meets with each team member — virtually, in most cases — to discuss what’s being done and what can be improved. Not surprisingly, “it’s been key to getting the buy-in and support internal to IT.”

Externally, Townsend’s team works closely with the business side to help build out the strategic plan, ensure alignment across all key objectives, and communicate results so that successes can be shared and celebrated. To make this possible, she believes it’s imperative to “get out of IT and understand the business we’re in,” Townsend added. “We’re here to serve, and there’s very little that we can do as an IT department that doesn’t require buy-in and support.”

She also advised looking outside the organization and seeking support from professional associations like CHIME. “It’s so important to build relationships with vendors, partners, and peers in the industry. That is what’s going to help continue to grow your career.”

Sometimes the biggest impact a CIO can make is in being present.

For Chuck Christian, this lesson came when he was with an organization (St. Francis Hospital) that was acquiring practices “at a breakneck pace.” When he saw that the teams were struggling to keep up, he decided to visit some of the practices, and quickly learned that the people they needed to engage with most weren’t physicians, but rather, nurses and practice managers. “If you make those people happy, physicians are going to be happy because you remove the friction from their lives,” he said. “If the nurse is having a bad day, the physician’s going to have a bad day.”

By visiting these facilities and speaking to users, he was able to communicate to his team about what improvements needed to be made. “Just being present was far more than anything I could say or do,” Christian noted. “Because I was able to learn and give direction to the team.”

That learning, he said, should never stop. As a leader, “you need to be the servant,” Christian added. “If you think you’re the smartest person in the room, then you’re in the wrong room. You need to get out.”

Another important aspect of leadership? Listening. There is, however, an art to it, said Christian, who shared a story in which a physician leader cornered him and launched into a tirade about changes he wanted to be made. Rather than interrupt him, Christian let him vent his frustrations. “The emotion and energy had to be expended first, and then we could get down to business,” he recalled. “If I had become angry, we wouldn’t have a conversation. You have to get past all of that.”

Through challenging situations like these, Christian has honed his ability to listen—and not listen to respond, but simply listen to what is (and is not) being said. “If you’re open to conversation and you’re honest and you’re humble, the people that you need to interact with will come to you,” he said. “They have to know you’re approachable.”

One of the biggest mistakes leaders can make, according to Earle, is underestimate the importance of relationship building. “It’s absolutely essential to how you operate.” And it’s not just about connecting with physicians and executive leaders, but also other key people, including clinicians, environmental service staff, and others.

It’s also critical, of course, to nurture relationships within IT, which he does through “Coffee with Cletis.” During these forums — which are held virtually due to Covid-19 — small groups of individuals can get to know each other by sharing stories and asking questions. “The value is in getting to understand them and see exactly who they are and what are their goals,” he said.

There’s also another benefit. Through these discussions, Earle can learn about the aspirations and goals of those on his team, and if a need arises in the future for that skillset, he’s able to tap into that resource. “When something comes up down the road, I know who’s able to potentially fill a role,” said Earle, who leveraged information gained during Coffee sessions to staff an internship program. “It’s been really successful in helping us identify key people.”

Not only can that help in terms of staffing — which has been a challenge for many organizations — it can also drive professional development, something that’s always been important to Earle. In fact, his proudest accomplishment was seeing one of his former reports become a CIO and eventually CEO for a health system.

“To me, that should be the culmination of what we’re here to do is generate leaders,” he said. “That’s what we should be doing.”

To view the archive of this webinar — Relationship Building & Storytelling as the Keys to C-Suite Success — please click here.