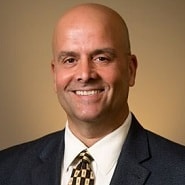 Rick Lang is a firm believer that no CIO can provide all the leadership needed throughout an IT organization. During his decades of experience — including 16 years with Doylestown Health — he has learned that delegating and empowering individuals to “act as direct representatives” is absolutely critical to the success of an organization. If leaders can do that, while providing support and removing roadblocks, they can “get through any crisis.”

His theory was certainly put to the test in 2020 when Doylestown — an independent health system based outside of Philadelphia — was hit not only with the Covid-19 pandemic, but also a tornado. Fortunately, Lang’s team rose to the challenge, working around the clock to provide the support clinicians need to care for patients, and creating a new partnership to keep that data safe.

It hasn’t been easy, by any stretch. But thanks to the solid foundation Doylestown’s IT has created, and the culture that has been cultivated over the years, it was possible. Recently, Kate Gamble, Managing Editor of healthsystemCIO, spoke with Lang about how his team has faced the challenges of the past two years; how they ensure physicians are heavily involved in decision-making; the dramatic shifts the CIO role has seen, and what it takes to lead through difficult times.

Gamble:  Now that technology is seemingly everywhere, I imagine it brings up a new set of challenges.

Lang:  Right. When you think about digital transformation, in 1980 we were trying to get people to use a computer to put in an order. Today, everybody’s walking around with their own personal electronic health record on their wrist. And as a CIO, how do I get access to that data and incorporate it with acute care data, long-term care data and ambulatory data to make sure I have a complete analytic landscape to be able to truly manage a population. That’s the challenge. We’ve done a lousy job of designing electronic health records to fit physician workflow. On the other hand, they haven’t always done a good job adapting their workflow to the new world. There’s a push and pull. But patients aren’t waiting. They’ve got Apple watches and all types of tools; we’re losing access to that, and we have to find a way to bring it back.

As CIOs, we got away from being a mile wide and an inch deep for a long time, but now that has shifted. When I first got into the business, we were very technical people. Then MBAs started to take over the CIO role because no one else could explain the budget to the president of the hospital. And so, CEOs started hiring MBAs as CIOs because they could bring it back into terms that everybody could understand.

Now it’s changing again. We have to know about cyber protection, networking, infrastructure — all of that. CIOs just can’t be pure MBAs anymore; they have to have a certain level of technical acumen. It’s been quite an interesting dynamic to look over the past 40 years.

Gamble:  You brought up cybersecurity. Can you talk about your strategy there?

Lang:  We have a holistic approach. We developed a partnership with a company that only does healthcare security. Before that, we had firewalls. We had the technology. We were always reviewing logs and looking at vulnerabilities. We’ve been doing all those things, but we never had a partner that could help us with the healthcare protocol.

I didn’t want to have separate cyber strategies for our medical devices, servers, and PCs. I wanted one vendor that understood the healthcare vertical to come in and help us with that process. That’s what we got, and it has kept us operationally strong and protected with all the other things that we were doing. It is a constant battle. You are never finished.

Another thing that’s been happening is the agencies we count on like CISA and the FBI are far more advanced than they used to be. As a result, we’re getting much better threat intelligence from them ahead of time. People are out there trying to break stuff ahead of time rather than waiting for the big breach and having everyone do a stop, drop and roll; that is not effective. It was burning us out.

And so, although we still have to do these things, there are fewer and fewer surprises because of our partnerships and the agencies that are working hard to find holes in all the products out there, and let us know before we get attacked. That’s been very helpful.

But it’s a constant battle. We have a great security team, but I’m involved with this every single day. That wasn’t the case when I came into this business. But now, I’m basically reviewing the process every single day — it’s quite a different world for a CIO. It really slows down other processes because you do need to spend that much time on it.

Gamble: I’d like to talk about leadership during a crisis. There’s no blueprint for how to manage teams during a pandemic. What was your approach?

Lang:  Leadership is something I’ve studied a lot over the years. I’ve read books by Tom Peters and others. Being in the Marines, you see great leadership firsthand, and understand that you can still solve problems with limited and constrained resources. Looking back to the early days of Covid, Doylestown was the first in the area to stand up a drive thru testing center. We set up a MASH tent for ambulatory testing and evaluation. We turned on telemedicine overnight, after spending years trying to get people interested in it. When the pandemic hit, there was no other way to see patients. The MASH units gave our community physicians a safe place to test and care for their patients rather than bringing them into the office. We set up telemedicine with the electronic health record in the ambulatory world. And we were hit with a tornado in the midst of that.

The morale was good with IT. First thing every morning we had a debriefing call organized by our CTO. Even though a lot was going on, everybody stopped what they were doing and jumped on the call; sometimes it was 15 minutes, sometimes 45 minutes. We’d talk about what’s going on in other hospitals in the area and what are the new trends that we’re seeing. I was in constant communication with my CIO friends to see what they were doing — what techniques they were using or any new technology they were implementing. We’d talk about that, and then go out and do our jobs.

Leaning on other leaders

As CIO, one thing you need to understand is that no CIO can provide all of the leadership for an organization. You have to be able to delegate and empower your direct reports and the people that report to them, all the way down through the chain of command, to act as a direct representative of you and the hospital. Most of the time, they already want to do that; they just need reassurance that you’re going to back them when they get into a jam and you’re going to help them remove obstacles. If you can do all those things and communicate and motivate, you can get through any crisis. In our case, we knew what we had to do and we empowered everybody to go get it done.

The community was great. There were ‘hero’ signs everywhere, and we had a lot of people buying us pizza. That was nice, but what really made a difference was knowing we were helping people. When people were in the last stage of life and couldn’t have visitors, we enabled them to communicate with their families through telemedicine mechanisms. Our team read thank you letters from families saying, ‘We realize this was a very difficult time, but being able to at least see mom and talk to her before she left meant the world to us.’ That type of thing is gold for the IT team. They’re always in the background; people don’t see them, but they’re the ones making things happen.

Of course, the nurses and doctors are doing the healing — they’re the true heroes, but they can’t do their jobs without us, and they know it.

There is such an intense commitment across the organization. Everyone wants to make sure this is the best place to seek care, because their families live here. It’s the same with IT. I’ve been treated at the hospital a few times; my daughter even works here. I know what great care we provide, and it’s such a motivating factor. We’re are part of this organization — no one is more important than another, and I think my people truly understand that. It’s such an intense commitment our team has. I’m proud to be their CIO.

Gamble:  What have you done to try to reinforce that commitment?

Lang:  We do a happy celebration for every success. It’s getting harder and harder to do that because the demand is unprecedented and gathering restrictions are still in place. But we want everyone to feel that they’re part of an organization — that it’s more than just a job. It’s hard to leave an organization that you feel so connected with, and it’s really hard to not help to every ounce of your ability when there’s a crisis. My team snaps into action like that every time without me having to say a thing. I’m usually just getting a status report because they’re already moving. That’s the type of people we have. I’ve been truly blessed to be the CIO for this organization.

Gamble:  You mentioned that having military training has helped you. Is that something you look for when recruiting staff? What attributes do you believe are most valuable?

Lang:  You don’t necessarily have to have military training to be effective; nurses are a perfect example. They always seem to have that same mentality of, ‘there’s no problem I can’t figure out.’ And it’s not just nurses — it’s people who were raised right. I have another director who’s not in military and not a nurse, but there’s no problem she and her team can’t figure out.

We definitely have a military presence. My CTO was in the Marines and his manager of infrastructure was in the Army. If we have an opportunity to hire a vet, I know what I’m getting. I’m getting a problem solver. I’m getting someone who will do everything in their power to find a solution. That’s what I look for in leaders, whether or not they have military or nursing experience: perseverance, endurance, and a can-do attitude. That’s what I value most.