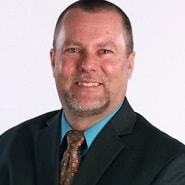 To say that medical device management has become challenging is putting it mildly. In fact, Nathan Phoenix, Director of IT and Information Security Officer at Southern Illinois Healthcare, said it has felt like there’s a “black curtain” separating the devices his team knows are connected to the network from those they do not.

It’s a situation no healthcare organization wants to face. And yet, in today’s increasingly complex environment, more and more leaders find themselves staring it down — and figuring out how to avoid becoming a statistic.

“There’s a ton of risk,” said Samuel Hill, Director of Product Marketing for Medigate. “If you don’t know what’s connected to your network, how can you apply the right level of policy or security or take the right steps for it?”

During a recent panel discussion — which also featured Bernadette Reid, CIO at Torrance Memorial Medical Center — Hill and Phoenix addressed the complexities of device management, and provided insights into how IT and security leaders can overcome them.

The first step, according to Phoenix, is understanding the scope of the problem. “It’s a real challenge to be able to manage the fleet of devices.” Especially for those using manual processes with no monitoring tools, noted Reid. When her team tried to leverage databases to track devices, they found “it was never possible to keep them 100 percent up to date,” she said. As a result, “we never had a good feel for our entire set of assets.” Not only that, but devices would disappear and had to be tracked down, which can become extremely costly.

This is where Medigate’s platform can make an impact. “We have to know which devices are out there. We have to know what these devices are doing, where they’re located, and all of the important details,” stated Hill. By providing dashboards and enabling users to create reports, Medigate can help provide a clearer picture of device inventories.

A prime example is IV pumps, which can sit idle for as much as 58 percent of the time. When leaders are able to more accurately track where and when pumps are being utilized, “they’re able to do more with less,” said Hill.

“A platform for discussion” 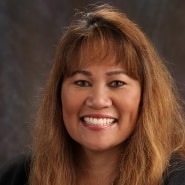 But it’s not just about managing inventory. At Torrance Memorial, it also helped create a platform for discussion among departments that haven’t always collaborated successfully in the past. It even helped spur conversations about goals and objectives, and how they can be attained, Reid added.

Southern Illinois has had a similar experience, according to Phoenix. “This is the probably the first time we’ve had a tool that allows us to work toward the common goal of healthcare,” he said. “The key for us is to make sure they’re engaged with the tools we have, and making sure they can access what they need — not just from a security standpoint, but also in terms of utilization and tracking.”

Where things can get dicey is in determining which department manages devices. Although some organizations place it under the IT umbrella, for others (like Torrance), it doesn’t make sense, said Reid. For her team, what did make sense was to focus on educating clinical engineers on security issues. “That’s what helped us evolve the relationship between the two teams.”

Phoenix agreed, adding that Southern Illinois has put discussions of consolidation on the backburner, choosing instead to establish a deeper level of understanding among different departments. “It’s a relational issue more than it is a technical issue,” he said. “The goal remains the same.”

And by initiating conversations, leaders are able to build trust, which in turn can help strengthen relationships, according to Hill. “When they start seeing you as a partner and making sure they have what they need, the issues start to subside,” he said. Frontline workers “just want to get the job done: they need to trust that you’re going to help them do that.”

“IT needs to be involved”

In order to make that possible, it’s critical that IT leaders are involved in the process from the start, which has not historically been the case for many organizations. However, as more devices are connected to network — and directly to EHRs — leaving CIOs out in the cold is no longer an option. “I need to be involved, because I oversee the clinical applications departments that support the EMR,” said Reid.

When devices are purchased in large volumes — which is often the case at Torrance, along with many other organizations — a capital purchase request is created. And so, Reid worked with the CFO and supply chain director to ensure IT is integrated into the request process and can provide input. “When people purchase devices, they usually don’t think about the hosting of the devices, the network connectivity, or the additional costs of getting them in the door.”

Another key factor? Medical devices tend to be green-lighted much more quickly than IT solutions, added Reid. For instance, “if they need a bedside monitoring device today, they’re going to get it today. And so, you have to really step up your game and be able to quickly evaluate if it poses a risk to our environment.”

For most organizations, it’s a dramatic shift from how things have been done, and it will certainly take some time. “It’s still being refined, and we’re far from perfect at that,” said Reid. “But I’m hopeful that we’ve at least become part of the process.”

Of course, there are still loopholes and backdoors that can be used to circumvent the approval process, according to Phoenix. For that reason, IT security has inserted a “hard stop” in the capital purchasing process as a way to ensure nothing enters without its consent. His team has also partnered with legal to be able to review all contracts that come in.

“You have to know what’s there, and you have to have that foundation,” he said. “That goes a long way toward having collaborative conversations.”

To view of the archive of this webinar — Better Data for Better Medical Device Utilization & Management (Sponsored by Medigate) —please click here.