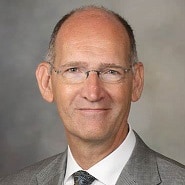 No one wants to talk about cancer. For myriad reasons, it remains a taboo topic — especially at events geared toward executive leaders. This year, however, that’s about to change. During the CHIME21 Fall Forum, Cris Ross and Ed Marx will open up about their own experiences during a session entitled, “The Gift of Cancer: The Story of Two CIOs Who Turned Tragedy to Good.”

For both Ross, who holds the CIO title at Mayo Clinic, and Marx, a former hospital CIO now serving as Chief Digital Officer at Tech Mahindra, it’s an opportunity to help enhance the experience for patients and their families, and improve workflow processes for clinicians, while also taking steps to erase the stigma of ‘the Big C.’

“The more transparent and forthcoming we are, the more we’re able to promote healing,” said Marx. By sharing his story, he was able to build awareness about prostate cancer and encourage others to seek treatment. “There are so many men who are afraid of talking about it, even though they’re struggling,” he noted.

Ross, on the other hand, tends to be more hesitant to share private information. But when he was initially diagnosed with colorectal cancer in July of 2018, he found it was important to be truthful with his team about why he was stepping away just two months after Mayo went live with a new EHR system. Because he had opened up — and he knowledge had become public — Ross was more willing to address the situation when the cancer returned earlier this year.

In addition to the presentation, Ross and Marx are collaborating on a book that will further discuss what they learned from their own experiences, as well as through focus groups representing patients, family members, providers, and leaders.

One of the most profound takeaways for both was that while the experience as a whole was positive, there is certainly room for improvement. “There were times when I felt I needed to stand up and advocate for myself,” Ross recalled. “On those occasions when I spoke up, I was able to get what I needed.”

This, however, is not always the case. As he has learned while helping his mother navigate her journey at another health system, “there are real challenges from an experience perspective.” Marx agreed, noting that if seasoned leaders run into hurdles at top-tier organizations, “Imagine what it must be like for those who don’t have that privilege. That’s when we realized we had to do something.” 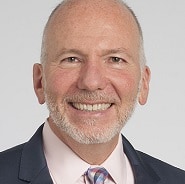 When Ross began his first round of treatment, he was gifted with an opportunity most CIOs don’t get: a front-row seat to observe how providers are responding to the new EHR. Not surprisingly, there were some hiccups, which is to be expected. “Even though we’ve worked really hard to ensure there were doctors designing the system for other doctors, there was some frustration,” he said.

During his second course of treatment, workflow issues were much less noticeable. There was also a greater realization that many of the issues stemmed from leadership decisions, rather than from the product itself. “A lot of hospitals have processes that have been put in place to fit one particular purpose, but that when you put those processes together, it can create a negative patient experience,” Ross said.

The big question, of course, is how leaders can change that outcome, said Marx, noting that it has long been a struggle. “We’ve been at it for a while,” and although incremental improvements have been made, “I don’t think we’ve moved the needle a terrible amount.”

One thing he has learned through his career — which has included stints at Cleveland Clinic, Texas Health Resources, and NYC Health & Hospitals — is that when it comes to patient experience, an organization’s size and resource pool are not key factors.

“You can have a good or bad experience in the same hospital,” he said, whether it’s a federally qualified health center, a 25-bed critical care hospitals, or a 1,500-bed system. And contrary to popular belief, even having an appointed chief experience officer doesn’t always tip the scales. What does move the needle, Ross and Marx learned, is creating a culture of experience.

During a focus group session, they learned about a small hospital that has boosted satisfaction significantly simply by having the CEO (chief executive officer) pay visits to each individual patient. By taking that step, he has been able to build a culture around patient experience, which supports Marx’s theory that experience is best caught, not taught.

“When people see their CEO take time out of their schedule every day to ensure a great experience for patients, that becomes part of the culture,” he said. “Modeling empathy is how you make the biggest impact.”

Finally, both Marx and Ross believe that empowerment can also play a critical role in improve the overall experience for patients. “Patients should have intentionality about what they want,” Ross stated. “If they do, they’re likely to have better care.”

Organizations can do their part by ensuring education is available in a format of the patient’s choosing, and that providers are willing to listen. “Having clarity and knowing that this is your journey that you want to craft for yourself, to the extent that you can, is an attitude that can help improve patient experience,” he said. “If patients feel they have the ability to engage the care team and express themselves in a positive and constructive way, things are going to get better.”