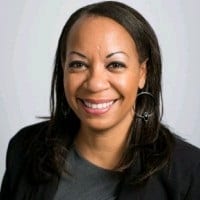 We know it’s important to mentor and to be a mentee.

I want to talk about a type of mentoring that you don’t always hear about. It doesn’t really have a formal name; I call it one-off mentoring, or occasional mentoring. This is where you seek advice and opinion from someone you trust or respect. What I like about one-off mentoring is that the search for finding a mentor (or mentee) is exhausting and can be quite challenging. There are only so many hours in a day to look for someone who’s the best fit.

I look at this type of mentoring as the best of both worlds. It’s almost like you’re finding an advisory board, people who can answer your questions. I recently reached out to a few CIOs in the private sector to ask them some core fundamental questions about what I’m doing in my organization, and they were great discussions. We might not talk again for a couple of weeks or months, and that’s okay.

Here are some important guidelines when trying to establish an occasion mentor:

There’s nothing wrong with having an occasional mentor, and allowing yourself the grace to say, ‘I may not have the bandwidth to have a full time mentor, but I can be available as an advisor to someone,’ or reaching out to those who can do that for you. It’s okay to allow yourself to do that. It has definitely helped me.

This piece was originally posted as a video by Chani Cordero, CIO at Brook Army Medical Center. Previously, she held leadership roles with Presidio of Monterey Health Services and Carl R. Darnall Army Medical Center, among other organizations. To access more leadership and career perspectives, view her LinkedIn profile.