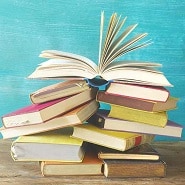 Stephen King, one of the most successful authors of our time, was once quoted as saying, “Books are a uniquely portable magic.”

And although he admitted has a “restless imagination,” this particular claim isn’t far from the truth. In fact, studies have shown that reading can offer several benefits, such as improving memory function, reducing stress, and preventing age-related cognitive decline.

Maybe that doesn’t qualify as “magic,” but for those who rely on books (or e-readers) for relaxation, education, or entertainment, it comes awfully close. Sometimes the only drawback is deciding what to read next. With that in mind, we’ve compiled suggestions from some of the most influential leaders in the industry.

The Phoenix Project. It gives me a cold sweat as it can have a tendency to strike close to home on the inner-workings of an IT shop. Many can learn a lot from this book.

The Lure of a Toxic Leader. This may seem strange, but I’m very focused on leadership, and I think as part of this learning process, it’s important to understand there are toxic leaders out there who are often very charismatic and are able to get people to do amazing things. As leaders and followers, it’s important to recognize them and not enable their position of influence.

I’ve been reading a few on World War II and particularly liked “The Splendid and the Vile” by Erik Larson, which describes the early months of the war and Winston Churchill’s leadership. I just finished David McCullough’s “The Wright Brothers.” Before that, I had not appreciated the determination and persistence of the brothers in perfecting and gaining adoption of their invention.

Servant Leadership in Action. I have long been a fan of Ken Blanchard – he’s all about serving others and humility. I attended one of his presentations in NYC two years ago and was fortunate to chat with him. I’ve never cared what my title was or where I was on the org chart; it’s all about the successes you bring to your organization and the joy you bring to your team.