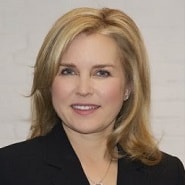 Before the world changed last March, most healthcare organizations had some type of remote work model in place; how it was utilized varied widely, but the majority had at least dipped their toes into the space.

But when organizations had to fully immerse themselves in the waters of telecommuting, it proved more challenging than many had anticipated. Not only because there were no established best practices, but because there were so many different scenarios and situations that had to be navigated.

“Everyone is trying to figure out the right approach,” said David Chou, CIO at Harris Health System, during a recent panel discussion. “We’re constantly learning.”

More than a year later, there’s still no playbook on how to accommodate so many different sets of needs. The best approach, according to Chou and fellow panelists Cara Babachicos (CIO, South Shore Hospital) and Gus Malezis (president & CEO, Imprivata), is to establish clear guidelines, set expectations around productivity, and take the necessary steps to safeguard data. Doing so successfully comes down to three basic pillars with which IT leaders are very familiar: people, process, and technology.

The challenge right off the bat? “Managing remote teams is a very different skillset, especially if you haven’t done it before,” said Chou. Harris had started to embrace virtual work prior to Covid, and is continuing down that path, even at the leadership level. “We’re operating in the hybrid mode,” he noted. “I may go into the office three times a week and work from home for two days, just to be consistent with our messaging.”

At South Shore, around 90 percent of IT works remotely, but certain roles such as desktop support always have some level of onsite presence. Still, there’s flexibility even for those whose functions require physical touch, she said, adding that the organization offers three different options: fully remote, hybrid, and casual remote (which entails telecommuting no more than a handful of times each month).

And although different combinations are available, the entire process has been deliberate. “We went through job codes and certain roles across the organization that might be eligible for various types of work,” with VPs getting the final say in how they choose to structure their teams. 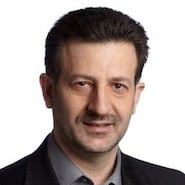 This is critical, said Malezis. “If expectations are clearly laid out, employees are better prepared to deliver them.” Imprivata faced a significant learning curve when stay-at-home rules were implemented and its “work from the office culture” had to be adjusted.

“Safety was the paramount objective for us, and so we sent everybody home initially,” he recalled. “No one was allowed in. We had to actually disable badges because we couldn’t guarantee the cleanliness of the facility.” Although regulations have since relaxed, the company has learned through employee surveys that a large chuck (38 percent) prefer to be remote full-time, while the rest prefer some type of hybrid model. “The numbers will change as we go deeper into the year, as we start to have more comfort and a higher level of safety.”

In the meantime, heath IT and other leaders are still grappling with some of the logistical challenges, one of which is determining how to best arrange the physical workspace.

“We can’t be in a building that can accommodate 250 people with 10 cars in the parking lot; it’s just wasteful,” said Babachicos, who viewed the space concerns as an opportunity to “draw a line in the sand” and create much-needed guidelines. For example, those who work from home more than three days a week would be asked to relinquish their dedicated offices or cubicles, and instead utilize dropdown spaces.

The move, she noted, wasn’t popular at first. “Some people were uncomfortable and felt they were being pushed in one direction or the other, but we told them, ‘you can’t have both.’” By taking a hard stance, South Shore was able to “get people into the right categories” and more effectively use their space.

Harris adopted a similar model, and has found that putting people together in “bullpens” can facilitate more “informal, collaborative discussions,” he noted. “It’s definitely a change from the traditional office where people have their personal space, where they could shut a door and have discussions. Now they have to go to a designated space.”

The third area that requires careful consideration is the technology — particularly the cybersecurity angle, which can be difficult to manage from afar.

“We’re only as strong as our weakest link, and so we have to be able to manage what’s happening in peoples’ homes,” said Babachicos. One way to do that is by allowing only South Shore-owned devices, which run regular security checks and network access through the full VPN connection. “It’s a strict approach, but it works.”

Harris has been building toward a virtual desktop infrastructure environment, which Chou said will help provide “a consistent experience” for users, while also driving toward another long-term goal. “I don’t want to manage devices,” he noted. “I would rather access the data from the virtual environment.” His team is able to do that safely using Imprivata’s digital identity platform, which includes dual-factor authentication. “I want to take advantage of SaaS and cloud solutions. I don’t want to build any on-premise infrastructure that my team has to manage,” he added. “It’s a different philosophy.”

It’s a philosophy that Malezis believes will become much more widespread — particularly as remote and hybrid models become permanent, further driving the importance of a solid security strategy.

“All of a sudden we’re working, which means we’re also connecting to people’s home networks. It’s highly unlikely that they’re as well protected and monitored as the corporate networks,” he said. And although the VPN can help in that regard, it also has limits. “It’s a lot of work; that’s what it comes down to. It’s just a lot of work.”

The other factor that comes into play as leaders formulate long-term plans is the impact remote work can have on collaboration. “I think a lot of us don’t recognize the value of peer-to-peer communication, brainstorming, and white-boarding,” Malezis said. Individuals can come up with great ideas, but when three or four people all work together and iterate on a solution, “it’s brilliant, and it wouldn’t have happened in isolation.”

Babachicos concurred, adding that those who don’t work in an office often miss out on the sidebar meetings and hallway conversations that can help build relationships, while also solving problems. “We’re building a culture where we just sit down and have a chat,” she said. “If I wasn’t there, I’d feel like I wasn’t invited to the party.”

As such, while those who stay home might be more productive by missing out on long commutes, they could also miss out on being part of the team. And although there’s no way to avoid it altogether, leaders can help workers feel less isolated by including them in informal chats as well as meetings, Malezis said. “You have to be sensitive to the fact that it’s a whole different environment,” which means ensuring meetings aren’t overwhelmed by those who are physically present. “That can create feelings of inequality and frustration.”

Through focus groups, Malezis has learned that leaders need to go the extra mile to sync with remote employees and make sure they feel connected to the mission of the organization. However, the onus isn’t just on those in manager roles. “It’s a shared responsibility,” he said. “They need to believe in what we’re doing and they need to have passion for it.”

To view the archive of this webinar — Strategies for Managing a Post-Covid Hybrid Workforce — please click here.